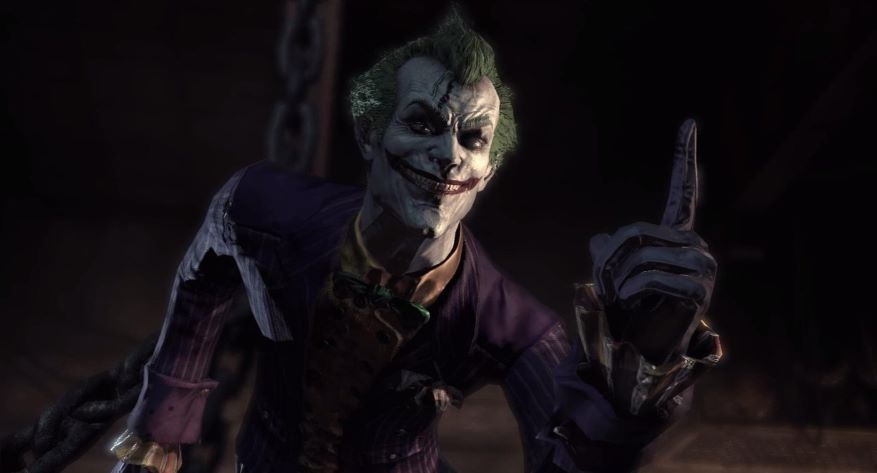 In my most recent article, I couldn’t help but wander off on a tangent about Halo: Reach’s brilliant narrative conclusion as soon as I got the chance. It places you in the shoes of a single spartan strike team attempting to defeat an entire planetary invasion. An impossible task, but one most games would let you accomplish regardless.

For a while, the game lets you think you can, too. But as the game progresses and your team is slowly picked off one-by-one as the world crumbles around you, that illusion is shattered. By the game’s conclusion, your entire team has been butchered. The planet’s cities have been reduced to ash and all you can do is help one ship flee orbit, before being valiantly cut down.

No matter how powerful your protagonist is, they cannot be everywhere. And any competent army will inevitably overwhelm them, or simply steal the planet out from under them.

And as Reach proves, it’s not a bad thing to demonstrate that. Hell, if Mass Effect 3 had the balls to deal the killing blow, it’s ending wouldn’t be universally reviled. It would’ve been great to see that entire universe burn. Starting with Miranda.

There’s certainly merit to having someone overcome impossible odds. But not if everyone’s doing it. So, don’t be afraid to kill us every once in a while. Between Halo: Reach, The Walking Dead Season 1, Hellblade: Senua’s Sacrifice and Red Dead Redemption, there’s plenty of proof it can pay off.

Death and Defeat as Storytelling Mechanisms

Death can make an excellent conclusion, but that’s not the only place it can be useful. Many games begin the tale with you being beaten down, murdered or otherwise incapacitated.

It can set up some of the most compelling revenge stories in gaming. StarCraft II: Legacy of the Void starts with your entire race almost wiped from existence. Elex, THQNordic’s underrated open-world genre-hybrid, has your ship plow into the dirt and earn you an execution at the hands of your own brother. It can build up a main villain, set up a comeback story, or strand you in a whole new world.

While starting a game this way is a bit more frequent, it’s still under-utilised. Most games either have you flee and escape damage, or aren’t nearly brutal enough to justify the protagonist’s crusade. But when it’s done well, like Dishonored’s opening, it accomplishes all that and more.

This strategic mutilation also fits perfectly into the middle of a game. Seamlessly flowing from act to act. Whether it be a classic moment like Aerith’s death or something more recent like the destruction of Haven in Dragon Age: Inquisition. It justifies a game ramping up from one half to the next.

However, these moments do have to be executed well. Any villain in a position to kill you needs a damn good reason not to, or they simply come across like an idiot. Too many games pull the ‘they’re just arrogant’ excuse. That doesn’t make them a terrifying force to be reckoned with, it makes them a brain-dead moron.

Death and Defeat as Gameplay Mechanics

Any game maiming its players can aid its narrative, but it can also be used to further its mechanics. Its primary use is to justify stripping you of your powers or giving you new ones. Getting beaten down so badly you need to search out some mythical abilities is a decent way of introducing them.

For example, in Middle Earth: Shadow of War, Celebrimbor abandons you, taking back his ring and bestowing your power on Eltariel. He leaves you to writhe on the floor with a gaping wound in your neck, forcing you to become a Nazgûl just to save yourself. These new powers and cooler colour scheme lead into the dismal ‘Shadow Wars’.

There are legions of games that, despite offering some decent challenge to start off with, leave you in a state of near godhood towards the end of it. Nothing can touch you. Champions and legends die alike. But not everyone is Kratos.

There are people that should be better than you. Having some housewife fall out of cryo-sleep and then march right across the world slaying irradiated monstrosities doesn’t make much sense. But games are obsessed with this idea that you have to end up better than everything. You really don’t.

It’s infuriating hearing a villain talk about how powerful they’ve become when you’ve already butchered a dozen people stronger than them. If the game would let you, you could kill them in an instant. But it’s building to a conclusion you already feel far too powerful for.

Make a few people legitimately out of your league, that disappears. That way, when a game builds someone up as a mythical figure with inconceivable powers, they can actually deliver once in a while. It makes the conflict between you and the villain far more personal and intimate if it doesn’t eclipse everyone and everything else in power and scope.

Beyond that, it makes you feel like you have a place in the game’s world. Knowing who is above you and who is below you gives you a clear position in any game and it lets you feel like you’ve earned it, fighting your way up. It’s vastly superior to feeling like some disconnected self-insert fanfiction character that has every power and stands leagues above everyone else.

This is all presuming the game in question can pull off an unwinnable scenario, however. Since there are plenty of wrong ways to do it that can simply make a game frustrating and leave you feeling powerless, which is just as bad.

It’s really not that difficult to do it well, though. All you need to do is properly telegraph that the fight is designed to be unwinnable. That way, the player doesn’t feel like they’re failing at something.

This can be done either by making them so astronomically out of your league it’s obvious, or by simply not having them deal the killing blow. Either way works, depending on the character in question. The most important thing is just to make sure you don’t do it in a cut-scene. That fails to convey almost everything mentioned, as the player’s simply spectating the loss rather than feeling it.

Unwinnable fights like this are best handled, and best used, in open-world games. Instead of simply cutting a player out of an area entirely, they simply populate it with enemies far beyond your character when you’re just starting out. Games like Elex and Pillars of Eternity both do this, to make it clear where you’re supposed to go to begin with, without it feeling restricting.

It also makes sense in context, as there are areas that are simply far more dangerous than others. And when you’re a much higher level and return there, it can feel very vindicating to butcher things that once loomed above you.

Basically, game designers shouldn’t be afraid to brutalise us a little. Games may well be a power fantasy most of the time, but we should learn from One Punch Man that power only matters when you’ve got someone worthwhile to defeat with it.

So, give us villains that leave us twitching heaps of bruised meat. Give us a world that feels like every creature hiding in a bush could be our end. And don’t be afraid to kill us at the end of it. Because like life itself, some things are simply futile.

Like this article? You can find more editorials here. Alternatively, you can keep up to date with new articles over at our twitter.