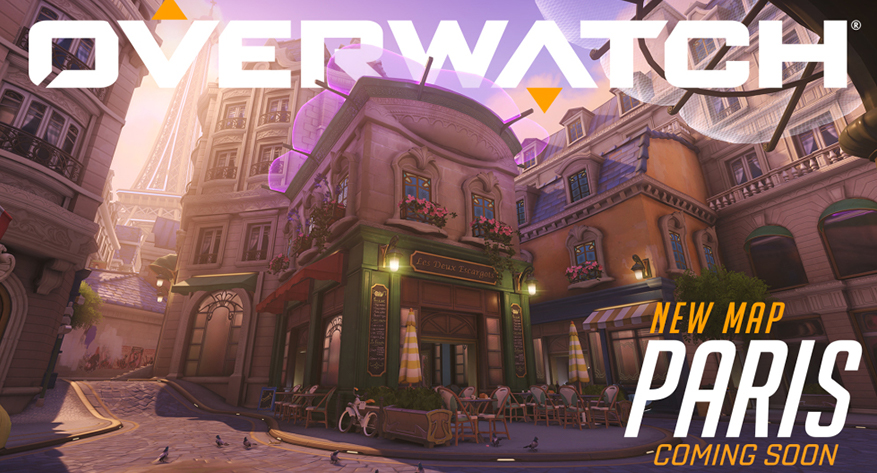 Just today, Blizzard announced that a new romantic map will be coming to Overwatch very soon. Simply called Paris, the assault map is available in Blizzard’ Public Test Region program right now. You can explore the various cafés, statues, and other French-styles architecture, honeymoon-style. There’s no battling yet, but Blizzard will be inserting Paris into the map rotation in the near future. No definitive dates quite yet.

Get whisked away to Paris soon on PC, PlayStation 4, and Xbox One. pic.twitter.com/PGrVKw4JdH

The last map that Blizzard introduced was the bustling city of Busan set in South Korea. That was only in August of last year. It’s exciting to see that Blizzard is still adding regular content to Overwatch. It’s also doing a fantastic job of supporting tournaments like the upcoming Overwatch League, which is set to begin on February 14th.

Excited for the new map? You can try it early! Just go to Blizzard’s website and you can go and sign up for PTR (Public test Region) to explore the streets of Paris early. Simply navigate on over to Blizzard’s PTR help page for more information on how to access this map (and any other ones) before they officially release on PS4, PC, and Xbox One.

For more on Overwatch, Blizzard, and everything else video games, stay tuned to Culture of Gaming.