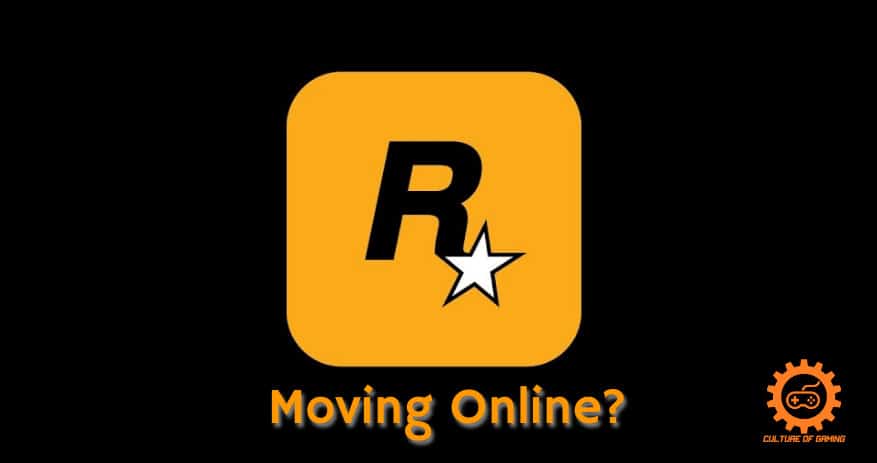 As many know, Rockstar Games have recently come out with a slew of new logo designs. Now many news sites have been using these findings to present theories, ideas, and pipe dreams about “what it could all mean”. That’s not what this is going to be. We’ll be taking the logos at face value as simply, new logos. However that isn’t to say that what’s been happening at Rockstar over the last few months, and even few years, isn’t something to be looked at. As with reports that one of the company’s original creative leads Dan Houser will be leaving soon, we might be seeing a shift in the company’s output.

The major speculation off the back of these new images is that Rockstar are teasing new games. However that doesn’t really line up. Why would one of gamings biggest developer/publisher conglomerates hamstring themselves to teasing games through background images on their website? If Rockstar want to tease, they have more than enough pull to do that. Reddit – a place rampant with speculation – has taken to examining each new image piece by piece. It seems internet speculation has gotten the better of people.

That isn’t to say any of this is wrong. As whilst these new images could just be Rockstar updating their website, it might be a company re-brand. Massive changes in Rockstar are unlikely, but when a business wants to refresh its image or change direction, re-branding is a good way to do it. Video game companies are some of the best examples of re-brands happening outside of physical changes too. Look at Bethesda, over the course of few years, they’ve managed to create massive animosity towards themselves just through their business practices.

Changes of this magnitude are only being raised here because these shifts come strangely close to Dan Houser’s departure. Take-Two said he was leaving on March 11th, and at the time of writing these images are a few days old. This could very well be a coincidental line up of a planned haul of the website and one creative lead leaving. But something seems off. Rockstar know these things are going to line up, so they must be aware speculation will run rampant? So why now?

We’re not talking about what is Rockstar’s next game going to be? We’re asking where is the company going? We don’t know why Houser has left. Coming up with theories means little either. When looking at sales of games like GTA V and Red Dead Redemption 2 we won’t see Rockstar open worlds leaving anytime soon. GTA V sold around 110 Million copies and Read Dead 2 sold around 26.5 Million as of November last year. Rockstar games sell, big surprise.

These sales are good, really good. Video games are a business, so developers and publishers want to capitalize on what sells to make more money. So when online modes make tonnes of money, and have constant developer input, is it a stretch to think that maybe Rockstar are going to further cement themselves into this lucrative money maker?

We aren’t implying that a move towards online play is why Houser left, just to be clear. As mentioned earlier we have no idea why he left, though that isn’t to say the reason is amicable or positive however. Simply put, we don’t know.

Of course those are huge numbers, but according to gamesindustry.biz, by April of 2018 GTA V had made $6 Billion in revenue. After 5 years (at the time), that can’t be just game copies. When you step back and realize that GTA Online has been putting out free updates since 2013 the revenue stream starts to clear up. Since 2013 there’s been an average of 5 updates a year and around 198 events (on the Xbox One, PS4, and PC versions). So realistically, where does the money go in? And where does it come out? Online services.

None of this is to say that Rockstar’s single player output is dying. Whilst some publications believe Rockstar’s time as sandbox designers has peaked that doesn’t seem to be the case. Those parts of the games still make money. After all, both GTA V and Red Dead Redemption 2’s online modes released almost a month after the rest of the game. GTA V sold 11 Million copies day one, whilst it took Red Dead Redemption 2 12 days to reach 17 Million. So without online features they still sold massively.

All we’re trying to get across is that all parts of Rockstar games make a tonne of money. But there has been a rise in support for their games online features. These online modes are what stick around, they are what really keep the money flowing. Therefore,  we might be seeing a shift in Rockstar’s output. That isn’t to say GTA 6 isn’t happening, or it will be an online Battle Royale type game. We shouldn’t eliminate the possibility however that Rockstar’s output will be shifting closer and closer to what makes them money. Why wouldn’t they produce games that make them more money?

So what is next for Rockstar? Will they revive old IP’s of theirs to fill this space? Could we see the return of promised games like Agent? Or completely new IP’s built around online functionality? Only time will tell. As of right the only certain thing is that Rockstar is changing, into what, we don’t know yet. Let us know your thoughts in the comments. Also if you liked this rockstar based content then check out our GTA retrospective here. As always, thanks for reading COG!