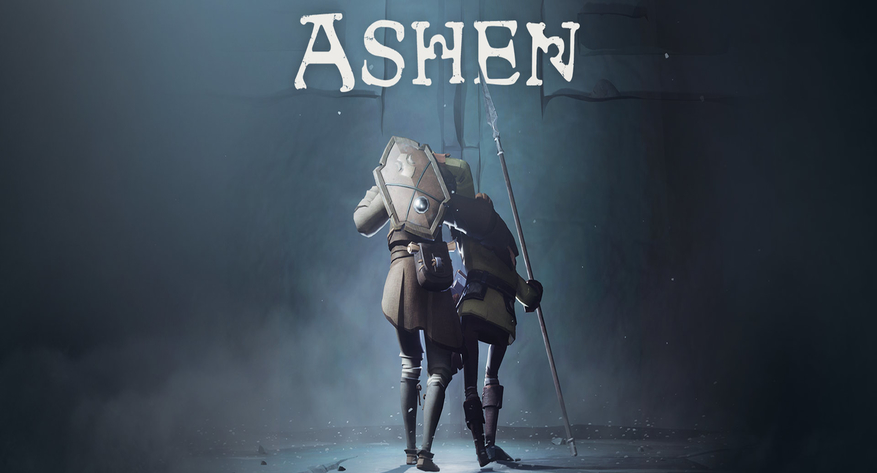 The Game Awards 2018 promised a grand affair with many new games and add-on announcements.
It certainly delivered, with a lot of titles being either revealed for the first or having development updates shared.
One title showing progress is Ashen, but what exactly is it and why should you pay attention?

The developers of Ashen are a team of roughly 40 people called A44. Previously known as Aurora44, A44 are a developer based out of New Zealand.
Founded by a team of individuals from the film industry known for their work on titles such as The Hobbit and Prometheus, Ashen is their first foray into the gaming world.
Ashen was first revealed back in 2014, though it was officially announced in 2015 at E3 where it was put forth as an Xbox exclusive. The game was created under the [email protected] program, and has since been refined and tweaked over the past 3 years into the game that was shown at The Game Awards.

The Look Of An Ashen World

Starting off with the graphics, I must say the game looks amazing, showing a very Absolver– feel and style to them. While it is very similar, it does wonders for emphasising the play between light and dark that is important to the story and worldbuilding. The launch trailer, for example, shows a great diversity of colour and environments, despite being a world thrust out of an age of darkness.
Weapon variety is, again, something akin to other games of its type, yet Ashen still manages to feel unique. For starters, unlike the recent Immortal: Unchained, there are no guns or swords.
As Leighton Milne (Ashen‘s Art Lead) stated: “The world is very low tech, and resources are scarce. From this point, most of the weapons in Ashen have a function over style theme to them. Weapons such as Axes, clubs, spears and shields are the most common weapons found and crafted because they take less metal and man hours to create.”

Combat in Ashen will feel very similar to anyone who has played games like Dark Souls and The Legend of Zelda. But of course, it is again different in its own way.
Combat is reliant on a stamina meter, as with a lot of games that aim for challenging combat. However, unlike its contemporaries, battles won’t be won by who has made themselves the most powerful. Instead, using your equipment effectively is most important.
Additionally, A44 also stated that character progression is far more tied to the players’ town and townsfolk, rather than their stats.

Multiplayer is a major component in Ashen. Following in the footsteps of games such as Dark Souls and Journey, the multiplayer in Ashen will rely on players conversing via gestures rather than talking or typing to each other.
To encourage co-operation, A44 have included puzzles that can only be completed with assistance, thus ensuring that if players want to see everything there is to offer, they had better bring a friend.
A unique aspect of this system is how a fellow player behaves. You can join a player their quest if you see them running around, but it’s when they leave the game that something special happens. They become an NPC.
Yes, once your companion leaves the game and abandons you on your quest, their character wanders back to town and acts as a computer-controlled NPC.

Where to for A44 and Ashen? With the release at The Game Awards surprising viewers, A44 are bound to receive a lot of publicity and expectation for their first title. Hopefully A44 can deliver a game that lives up to the hype generated by their promotional material, and continue on to bigger and greater things.
Until then, keep an eye on this small company, and keep an eye on Culture of Gaming for more news on A44, Ashen, The Game Awards, and a whole lot more!