Yooka-Laylee And The Impossible Lair is easy to be skeptical of upon first glance. After all, its predecessor performed to mixed reviews, with certain reviewers claiming that it was so steeped in nostalgia that it didn’t do anything new. Whether that criticism is warranted will change depending on your own opinion. Let me assure you that Yooka-Laylee And The Impossible Lair proves that the teams at Playtonic Games and Team17 are not only capable of channeling nostalgia, but using it to create a modern platformer unlike any of its contemporaries.

Nostalgia Goggles Not Included, But They Help – The Rare Factor

In 2017, key members of Rare during the glory days of the N64 reunited to form Playtonic Games. The result was Yooka-Laylee, a throwback to such hits as Banjo-Kazooie and Donkey Kong 64. But Rare was already legendary, by the time of Banjo-Kazooie, for reinventing a beloved Nintendo mascot and the 2D platformer with the Donkey Kong Country trilogy.

Yooka-Laylee And The Impossible Lair does more than just copy the old formula. It doesn’t just steal from the modern platformers’ playbook either. From the guys that wrote the book on the 2D platformer, it expands concepts not done as well in other games.

This is, of course, simplifying a complex experience. In order to best describe the experience, we should start at the beginning.

The game starts with Yooka and Laylee inside a book, tracking down the villain from the last game: Capital B. After a brief skirmish, Yooka, and Laylee realize that if they’re going to catch him, they’re going to need help. Help comes in the form of Queen Phoebee and her Beettalions, a group of bees that have the ability to make Yooka invulnerable to harm. Unfortunately, Capital B has mind-controlled the bees, so Yooka is no longer safe. To protect her soldiers, Queen Phoebee scatters the chapters of the book they inhabited. Yooka and Laylee must go into each of the 20 chapters and rescue each of the 48 Beettalions.

This may be encroaching on the gameplay section of the review, but a neat aspect of the game includes the fact that you can attempt the Impossible Lair whenever you want. As the name suggests, it’s not wise to do so until you’ve rescued some of the Beettalions. I’m sure speedrunners will love attempting a no-hit run, but the punishing nature of the final level is not for me without some of the bees to help.

The story, itself, is just as uncomplicated as the platformers of years passed. Get to the end of the level to rescue a Beettalion and eventually take down Capital B, right? After all, all DK wanted to do was get his bananas back in his game. The story itself is rather lacking, but that’s not the point. As stated in the above paragraph, what makes Impossible Lair so unique is how the story is used to change up the gameplay from your typical platformer.

Explore The Pages And Going Outside Afterward – Level Design

You may have done some quick math in your head just now. If there are 20 chapters and 48 Beettalions to save, how many bees are in each level? The answer is only one.

The chapters may have scattered all over the overworld, but there are puzzles to solve on the overworld. Even after beating only one level, there was so much to do on the overworld; I couldn’t believe it. Switching up the gameplay regularly like this can really keep the game from getting stale. After restarting the game (due to a PS4 mishap), I was surprised at just how much I had missed on the overworld the first time around. I loved the sheer amount of secrets there was to discover.

Solving puzzles on the overworld, much like in Banjo-Kazooie, can not only help you find more chapters. Puzzles such as defeating enemies inside Pages, using bombs to discover hidden areas, using sliding blocks to reach new areas, and helping fellow NPCs find other items, can affect what is inside each chapter. This creates twice as many levels as before!

Honestly, how each level changes is better left a surprise, but the ways in which some of the levels change are very creative and endearing. To give an idea, I see no problem spoiling two early changes. A city may reside inside a chapter, but after freezing the chapter, the geysers that covered the level have created slippery platforms you can now use to reach new areas. A chapter has you enter a factory, but drop the chapter in water, and you now have an underwater level. The changes to some levels are more than just elemental, however. One, in particular, reminded me of Donkey Kong Country 2 and had me smiling the whole time.

It’s Not The Money You Have; It’s What’s On The Inside – Collectibles and Powerups

What would any platformer be without collectibles? The main collectible you’ll be seeing the most inside the stages are the returning quills from the previous game. They act as this game’s currency. There are many color variations of ghost quills as well. Big blue quills, in particular, are on a timer and can unlock hidden items such as keys or bombs if you collect them within the time limit.

You will want to collect as many quills as possible because of the two main things you use them for: paying to unlock certain cages in the overworld and more importantly, buying the ability to use the tonics you find in the overworld. That’s right, another thing you find on the overworld includes the tonics from the previous game. You start by only being able to equip three at a time, but equipping tonics comes with a price.

If tonics make your game easier, like adding extra checkpoints or making it, so you don’t slip on ice, the game penalizes you a little by making the quills you earn not add up to as much. Not to worry! There are also tonics that make the game harder, like taking away checkpoints and adding an extra hit to enemies, that increase your quill percentage at the end of each level. And of course, the quills that don’t affect gameplay return as well. These don’t affect your quill count at all.

The game attempts to control the difficulty curve by having Trowser the Snake return with his “paywalls.” In each of the forty levels, there are five T.W.I.T. coins to discover. You can typically go into what levels you want, but in order to see the whole overworld, you’ll have to pay Trowser increasing amounts of his coins.

Once entering a chapter, you play through the stage, much like the Donkey Kong Country Returns games. Yooka starts with Laylee on his head. If Yooka gets damaged, Laylee starts frantically flying around the room like Baby Mario from Yoshi’s Island. If Yooka can collect Laylee before she flies away, you will still have an extra hit you can take. Instead of finding Laylee in a DK barrel, you find “Laylee bells” that let Laylee find you again.

The duo’s move set includes rolling through enemies with Laylee on top of Yooka. Yooka can also whip enemies with his tail. Using his tongue, Yooka grabs keys, fruits, and bombs which can unlock doors and destroy objects, respectively. Unlike Donkey Kong grabbing a barrel, Yooka can hold items in his mouth while he grabs vines to swing from.

Laylee is important for more than just an extra hit, however. Only with Laylee can Yooka perform a ground pound attack or stay in the air a bit longer with an extra twirl. There are also tonics that only work with Laylee.

I must admit, my usual tonic setup going into a level would include the tonic that turns Laylee’s twirl into Dixie’s hair spin from the original DKC trilogy. Then I would balance it out by taking out all of the checkpoints in the level. Whenever I would get frustrated at the game, I had to remind myself that I had set my own difficulty level.

Even though the levels possess much fun and personality, I had to get used to the way Yooka moves. What I had more of an occasional issue with was that Laylee, after getting hit, would sometimes go inside a wall, leaving me unable to collect her. Playtonic promised to have this bug fixed by release

Yooka-Laylee And The Impossible Lair – Verdict

Playtonic and Team17 packed this game with so much content; I didn’t even get to mention the fantastic soundtrack. The music by David Wise, Grant Kirkhope, Dan Murdoch, and Matt Griffin changes genre depending on what the stage calls for. It sounds distinctly them, however. Nor have I skimmed the surface of the game’s hilarious, self-aware humor.

As for the game itself, I can’t deny I am a little miffed that you can’t play two-players like in other platformers. But what is here is absolutely marvelous. Yooka-Laylee And The Impossible Lair is a joy to play. It is kind of a crash course for the 2D platformer, if you’re new to the platforming genre (first of all, where ya been? Welcome!). For platformer veterans, it acts as a love letter to the genre. Like the platformers of the mid-nineties, I see myself returning to this game for years to come.

Yooka-Laylee And The Impossible Lair will be released on October 8, 2019 and is available on PS4, Xbox One, Switch, Mac OS X, and Linux. If you want more reviews from me and the rest of the awesome people here at Culture of Gaming, you can find more at OpenCritic.com!

THE GOOD
Excellent platformers from the guys that wrote the book on the genre
Unique overworld keeps gameplay from getting stale
Tonics allow you to set your own difficulty and play your way
The phenomenal music of Grant Kirkhope, David Wise, Dan Murdoch, and Matt Griffin
Great sense of humor and cute side characters
Clever reimagined levels once you’ve beaten the original
Fantastic replayability
And of course, the nostalgia

Yooka-Laylee And The Impossible Lair is a modern classic. It may take many aspects from other new and old platformers, but it uses them masterfully. Prepare for isometric 3D gameplay on the overworld and playing YOUR way by use of tonics for the 2D stages. A must-have for fans of platformers everywhere. 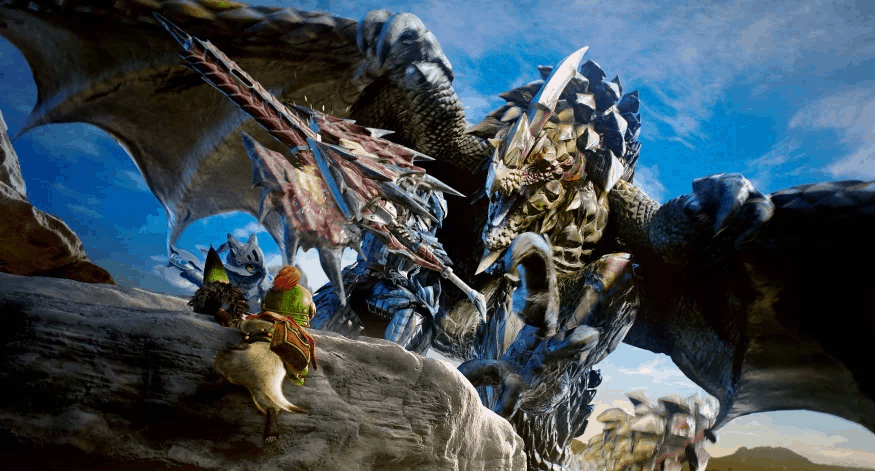