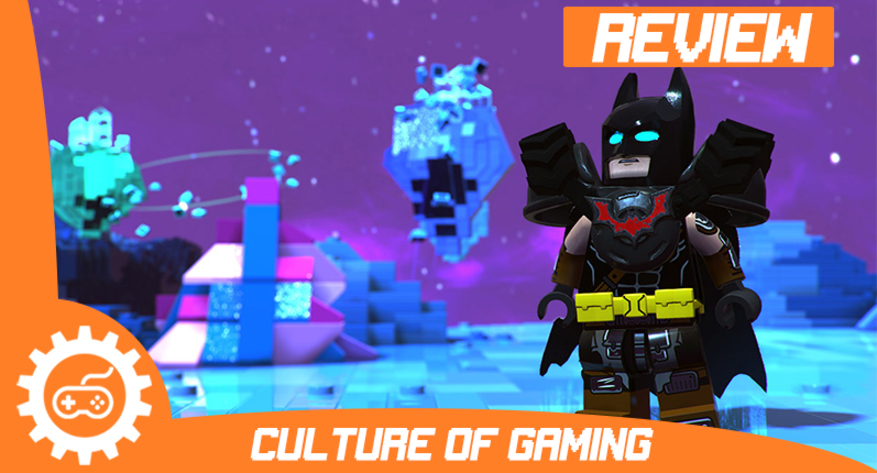 The LEGO franchise, even before the first LEGO video games, were always about utilizing your imagination to create any world you would ever want to visit. Whether you wanted to be a hero, an explorer, or even just someone wanting to build a house out of the little bricks. From developer TT Fusion and published by Warner Bros. Interactive Entertainment, The LEGO Movie 2 Videogame is a game at its best when it remembers its roots. When it lets you solve your problems as a fire-sword wielding vampire cowboy just as easily as a pie throwing Mexican wrestler in a watermelon costume, you know you’re in for a good time. Much of the fun comes from playing the way you want.

Where The LEGO Movie 2 Videogame tends to stumble a bit is in the moments where it takes the customization aspect away from the player. At times, the pace of the game slows down to force the player to proceed in ways that the player might not want. The pace is also hurt by long load times. And while not as varied in gameplay options as some of the other LEGO video games, The LEGO Movie 2 Videogame may still be worth your time. Particularly, if you’re a kid or a kid at heart.

Building Your Adventure: The Mechanics

If you are familiar with the most recent LEGO video games, you may notice that not all of them play in the same way. Some have a hub world, while others are bit more streamlined.

The LEGO Movie 2 Videogame does not take the same route as its movie game predecessor. It instead plays much like LEGO Worlds, taking the approach of a 3D platformer without a hub world.

It is impossible to go through this game without collecting a lot of items. Collecting normal colored LEGO bricks will allow you to build tools to help you progress. Such items include a trampoline to help you get to high places, a sprinkler to put out fires and even vehicles to help you get around faster.

You also collect bits which you use as currency to buy new items and characters in the shop. You may use these items to customize your playable character as much as you wish. Throughout this journey, you will find relics that unlock such items without needing to purchase them.

As mentioned in the introduction section, customizing your player and weapons is a lot of fun. The problem comes in the story mode, when to progress, you must talk to specific characters as a specific protagonist.

A particularly silly example of this happened when an NPC was looking for Batman. I was playing as Batman at the time, but I had chosen to remove his chest plate that made him look too bulky for my liking. Every other aspect of him was Batman. The torso, the head, and the legs. The NPC did not recognize me until I had put his extra chest plate back on. Things started up again once the mistaken identity had been cleared up.

You can choose to follow the story visiting each planet of the Systar System, collecting as few Master Pieces as possible. Master Pieces are purple LEGO bricks that act as this game’s tokens that unlock each new world (akin to Mario 64’s Power Stars).

However, much of the fun comes from choosing to collect every single Master Piece you can find. This game becomes rather short in length otherwise. Completing the game with the least amount of Master Pieces is only completing less than 1/4 of the game’s content. And once you’ve collected everything from the Systar System, you can try the non-story related worlds of the Rex-Plorer System or the DLC worlds of the Galactic Outskirts.

Is that content worth visiting? Absolutely. The most fun the game has to offer is wandering around town on your horse, car, pig, or Ultrakatty seeing what the other folks in the city need from you. You can race, retrieve something, or escort them somewhere. And even better, you can do it with a friend! The LEGO Movie 2 Videogame allows for split screen multiplayer.

Playing with Kid Gloves – The Difficulty and Customization

The difficulty of The LEGO Movie 2 Videogame is rather low. And I didn’t find myself too bothered by that, because I could easily see younger kids having a blast with this game. I’m in my lower thirties, and I still had fun with the game. The tutorials (which you can turn on and off) range from the painfully obvious to the “how was I supposed to know that a pirate head could turn down the volume of a stereo?” It’s a small complaint, but I had wished there was an in between. Sometimes solving puzzles might take longer than expected.

What I wasn’t so much a fan of was the darker side of customization. Don’t get me wrong. I’ve said multiple times that I loved choosing every aspect of my protagonist. I loved the absurdity of defeating my foes as a zombie doctor who throws bread as a means of defense. The darker aspect of this customization is that every character can do everything. And none of them can something special, for example, fly like LEGO Iron Man. But as stated before, there is a lot one can do in this game.

There is a reason why I waited this long in the review to get to the story. As what could be deemed as simply a movie tie-in game, you may expect the story to take center stage. But as mentioned above, most of the game is you exploring wherever you want to go as whoever you want to be.

The plot involves aliens invading, making life miserable for the citizens of Apocolypseburg. When you do decide to progress the story of the movie,
you can tell who from the movie showed up for voiceovers and who didn’t.

The most awkward moment of the game was when I beat it. A voiceover from a main character describes to us what happened and why the main villain did what they did. This is in the place of, perhaps, using more footage from the movie itself. It is understandable that the game did not have the money to do fully animated cutscenes, but it’s just too bad that they didn’t.

Is Everything Awesome? – The Verdict

The LEGO Movie 2 Videogame is an adventure best taken on your own terms. It’s a fun and imaginative experience that is at its best when you are collecting every character, item, and Master Piece in the game. The only things that hold it back are the long load times and the existence of previous MORE expansive titles in the LEGO Videogame franchise.  So, while not everything in this game is awesome, it’s a journey I’m glad I made.

The game is available for Microsoft Windows, Xbox One, Sony PlayStation 4, and Nintendo Switch. For more Culture of Gaming reviews tune into OpenCritic.com.

THE GOOD
It’s exciting just how much you can customize your experience.
Cute and fun ride for all ages.
Collecting everything is fun and addictive.

THE BAD
It can be jarring when the game forces you back into playing as a certain character.
Long load times.
Narration substitutes actual in game story.
Turning tutorials on can annoy with obvious gameplay aspects. Turning tutorials off can lead to obtuse answers to puzzles.
Not as varied as previous entries in the LEGO franchise

The LEGO Movie 2 Videogame is a game with a lot of customization that I can see a lot of people having a great time with. There are just a couple of quality of life issues, such as long load times and telling rather than showing that make it just shy of going from good to great. Even still, if you’ve never tried a LEGO game, it’s a great game to start with.