Review: The Gardens Between 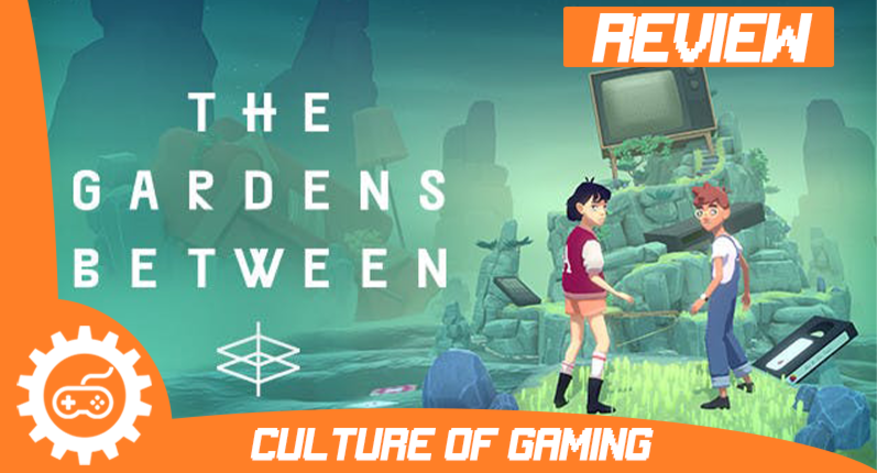 The Gardens Between is proof that two things can be opposites and yet, still true. On one hand, The Gardens Between is a fun, light, puzzle game where the story doesn’t matter. And on the other, this game from The Voxel Agents is a deep and enriching experience with a plot that will touch your heart and puzzles utilizing complex ideas like time manipulation and quantum mechanics.

I was immediately drawn to its art style and time manipulation puzzle gameplay. The beautiful music by Tim Shiel fits perfectly as well. As I played, I came to appreciate how even if you feel stuck, the game never forces you to start the whole stage over again. If you keep trying, you eventually make it to the finish line.

Some may feel that the game is too short, with only eight “gardens” and around twenty levels in total. That said, this short and sweet experience can easily be worth your time.

The Stories We Tell Ourselves: The Story

If you look at The Gardens Between on the surface, it’s a simplistic story that uses no words. It involves two best friends, Arina and Frendt. The two live next door to each other. One night, during a particularly heavy storm, they take shelter in their treehouse in the garden between their houses.

The next thing you know, you find yourself playing as the two as they travel, using their treehouse as a ship, to different “gardens”. At these different island gardens, they must use a lantern to transfer orbs of light to altars at the end of each path. Once they light enough altars on each garden, the orbs of light shoot into the sky. They then create a constellation of stars that play out a moment in the two’s friendship.

As stated earlier, all of this is on the surface, and if I’m being honest, it didn’t grab me right away. Then again, it didn’t have to. What truly gripped me from a glance was the art style and fun looking time manipulation mechanics.

As I played, I became invested in finding out more about their relationship and where it leads. The game is not so much about story as it is about memories. As I traversed the two over a giant snack table, television, and couch, I remembered my own experiences hanging out with my best childhood friend. To the point where, when the credits rolled, the game had left me with a new perspective on my own childhood. Or maybe it wasn’t new, but just forgotten. That’s no small feat, when a game makes you feel something.

Things Were More Dangerous Back Then: Design

You may find yourself confused from when I said you traverse over a giant television. While you are indeed going from island to island, these are no ordinary masses of land. On your rocky paths, up to your ultimate destination, Arina and Frendt encounter giant objects that define their friendship. You must use the time manipulation mechanic to either get past the giant items or use them to get to the altar. A small example of this includes moving time back and forward to allow a crumbling dinosaur skeleton to act as a bridge for Arina and Frendt to pass over. Having such unique locations along with the atmospheric music truly helps to bring the adventure to life.

You May Not Be Able To Change The Past… But I Can: Controls

The game has existed for some time now on the Nintendo Switch, Playstation, and Xbox. The version I found myself reviewing was from the Apple App Store for the iPad and iPhone. I typically prefer to use controllers for most games, but in this case, the touch screen control works quite well. I never found myself wishing for a game controller.

You only control the duo in three ways. Swipe the screen right to move forward in time, which sees the duo moving as far as they can to their goal until halted by an obstacle. Swiping left moves time backwards. Lastly, tapping objects allows the kids to interact with them.

Arina carries the lantern and can choose to give it to a cube that jumps past obstacles that Arina can’t pass yet. She can also choose to use the orb to build a light bridge to the next section of the puzzle. Also, possessing the light orb cuts through impassable smoke. Which complicates things if the smoke is acting as a bridge instead of a gate.

Frendt, on the other hand, can interact with wind chimes scattered throughout the puzzles. These can do one of two things. Some chimes open flowers that house orbs of light or dark light. The dark light orbs extinguish your orb of light if it gets too close. Other chimes allow the world around the duo to be rewound or fast-forwarded without the kids moving with it.

It’s Hard Being A Kid: Difficulty And Potential

I did get stuck in a few areas but that is to be expected. The best puzzle games truly challenge your ability to use what is in front you and follow the rules of the game to achieve your goal. That said, the game never made me want to pull my hair out over difficulty.

If I am to nitpick over the game, it would be its length. It is a very short game. The locations are so unique. Additionally, certain mechanics will only appear for one level and are never to be seen again.

For example, there is a level in which you must tune a giant radio to certain stations to affect which objects in the stage are dancing. It is a creative mechanic that I wish had been fleshed out more. This goes for all the different unique stages. The Gardens Between begs for DLC stages. It is a truly wonderful game, only held back by not reaching its full potential with such creative ideas.

You Can Always Go Home Again: The Verdict

That is what holds The Gardens Between back. This wonderful game has unique and challenging puzzle mechanics brought to life by a vibrant art style. It’s a punch in the nostalgia. It also possesses a heart that is sorely missing in other games. I wish that the cool ideas, utilized once and cast away, got more exploration and development. But maybe that’s just what nostalgia is; wishing you could go back and do things differently.

The Gardens Between is available on Steam, PS4, Switch, Xbox, and mobile and Mac App Store. If you want more reviews from me and the rest of the awesome people here at Culture of Gaming, you can find more at OpenCritic.com!

THE BAD
Could use more levels
Interesting ideas for puzzles introduced and just forgotten about, not reaching its full potential

The Gardens Between immediately captures your attention with its bright art style and fun time-manipulation mechanic. But what truly makes it shine is its heart. It leaves an imprint on you like a lost childhood. You feel it’s too short, but you are better for it.