Ninjin: Clash of Carrots is a game that the cynical can easily dismiss without a second thought. It has the art style of a trapper keeper. A lot of the jokes don’t land. And the controls could use a good polish. But if you temper expectations, and treat it like what it is and not what it “should” be, there is some fun to be had. 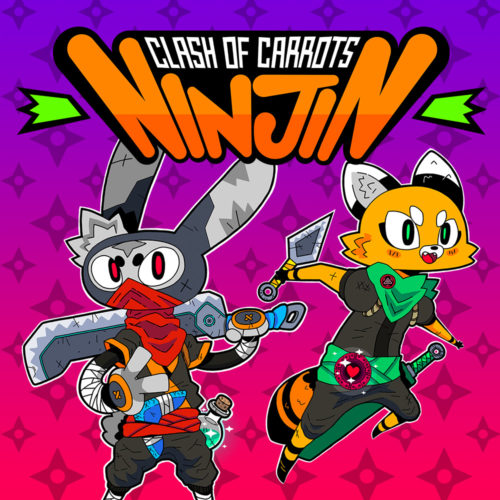 A Game Out of Its Era

There was a time in my life when I would download any digital-only game I could, playing games that most people would otherwise gloss over. Ninjin: Clash of Carrots feels right at home with that crowd of video games.

In Ninjin, you play as the titular rabbit Ninjin or his sidekick fox named Akai. The two must journey across feudal era Japan in order to get back the carrots stolen by the troops of the evil Shogun Moe and his son Moe Jr. The animation, unfortunately, doesn’t hit the mark. Though the longer I played, the more the jagged edges of the retro-inspired game grew on me.

You do have the option of smoothing the image, but the difference is rather negligible. The animation is less like an NES style and more like a flash game of the early 2000s.

The concept is rather cute and would feel at home in the nineties when everyone and everything was trying to imitate the Teenage Mutant Ninja Turtles. You have anthropomorphic animals using ninja moves against one another. But once the characters start to talk you realize why this wasn’t a good thing at the time and is still not a good idea today. The game’s charm may be in its humor, but when that humor is made up of pop culture references and tired clichés, you aren’t left with much.

Ninjin Misses In More Ways Than One

So how does it play? Ninjin: Clash of Carrots mixes the beat-em-up style of the nineties with a more modern style of the mobile endless runner. Each stage is made up of waves of enemies, usually around eight. When I started the tutorial, I was worried that there would be limited ways to dispatch of enemies. This is given that when you start off, you can only swing your sword in front of you. As the tutorial continues, you gain the ability to dash in any direction and attack while doing so. But this uses up your stamina meter, so there comes a sense of strategy when attacking enemies behind you. You may also throw ninja stars in any direction using your right analog stick. But again, doing so uses up precious stamina. Attacking behind your character ends up becoming a chore.

One could argue that there’s nothing wrong with using strategy to succeed at a game that is trying to make something more interesting. Let me clear this up now. Making something that should be simple more complicated as a stylistic choice is a bad idea. The problem arises, when you realize that the hit detection is not always on point. I would often try to hit something right in front of me, only to miss completely. If you consider yourself a rage quitter, this may not be the game for you.

It is also worth mentioning that after beating the main boss of each world in the game, you acquire elemental stones that build up a magic meter. Once this meter fills up, a devastating screen clearing attack based in fire, ice, and other elements commences. This is whether you like it or not and doesn’t add much to the game, given that once you equip it, you can’t do anything to add strategy to the situation. 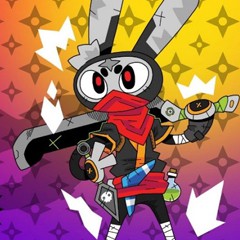 Repetition is the Name of the Game. The Name of That Game Being Repetition.

Ninjin: Clash of Carrots has a dirty little secret that it doesn’t want you to know about. It may have cute little cutscenes that add personality to even minor baddies you fight, but it is extremely repetitive. Given the nature of the type of game known as the endless runner, it feels as though this game’s gameplay belongs on a phone. For this reason, I’d advise that if you do get this game, you get it on the Switch, where you can play anywhere.

Being an endless runner is not the only way that Ninjin feels like a mobile game. It hides how repetitive it is by giving your brain a rush of dopamine with constant rewards for playing. It does this every time you beat a level and even when you lose a stage sometimes. You even get to keep the carrots (which are your currency) that you collected, when you lose. This makes it easy to save up and buy the most powerful weapons in the shop, early on.

Ninjin vs the Economy

But what shop is there in Ninjin? There exists a greedy Corgi pup who acts as shopkeeper. Every time you beat a stage, you can buy new weapons and items that boost your stats like health, stamina or how long your special lasts.

The swords have the same quirky personality as the rest of the game. Swords are not just swords, but also fish heads, anchors, leaves, and trunks of trees. You might think that this would be enough to keep you interested, but honestly, carrots are easy to come by. This means that if the shop has the strongest sword or ninja star that you’ve seen so far, it is easy to get. This means that most weapons and items the Corgi shows you, are useless.

It Could Still Be Worth Your Time

With gameplay that feels at home on your phone with other time-wasting games, hit detection that frustratingly misses the mark, and one of three music tracks playing during every single level on repeat, Ninjin Clash of Carrots feels good to play when you’re on the go and just want to waste a couple minutes. Like I said at the start of this review, if you know what Ninjin is, you may have no complaints. But with so many other good games out there, there are other, better games worth your time.

If you downloaded this game on your Nintendo Switch that you only play on the toilet or waiting for the bus, you can have a good time. Just don’t expect much more than an endless runner that constantly hits the reward center of your brain. It has a mildly humorous story with a cute aesthetic. I just can’t recommend this game to anyone looking for more than a simple time waster.

THE GOOD
Variety of options for customization
The music tracks that ARE there are pretty good.
Two player co-op
Characters have distinct personality

THE BAD
2000 era flash game style graphics
Repetitive gameplay at home on a cell phone
Jokes often don’t land
Few music selections in the whole game
Hit detection can be off at times
Constant rewards, even from losing, distract you from realizing that the game isn’t much fun

Fallout 76 and Its So Called 'Softcore' Survival Mode's Issues

Thu Sep 13 , 2018
Before we begin, I’d just like to point out I have only played Fallout 4. I don’t know if there are similar modes in other Fallout games. While I do have some knowledge of certain aspects of Fallout 3 and Fallout New Vegas, my knowledge is not sound enough to reflect […] 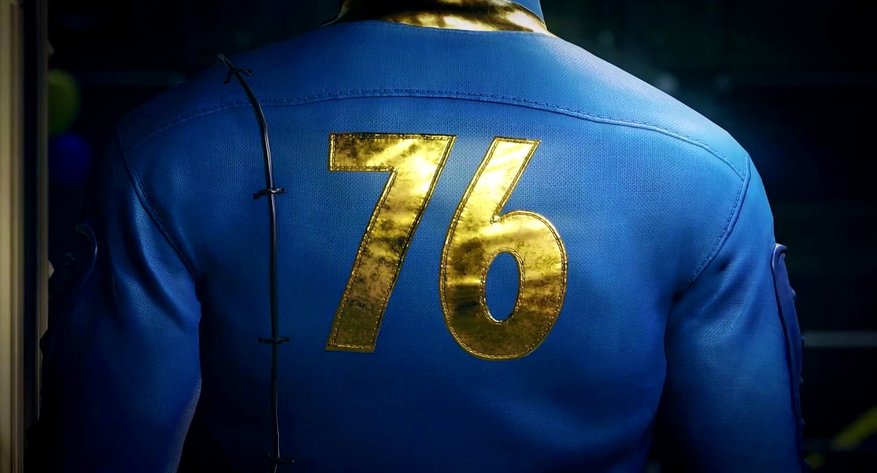 Five Games So Good They Don’t Need A Sequel

GameAssistant: The Tool For Every Gamer