Resident Evil 3 Is Scary as Hell. 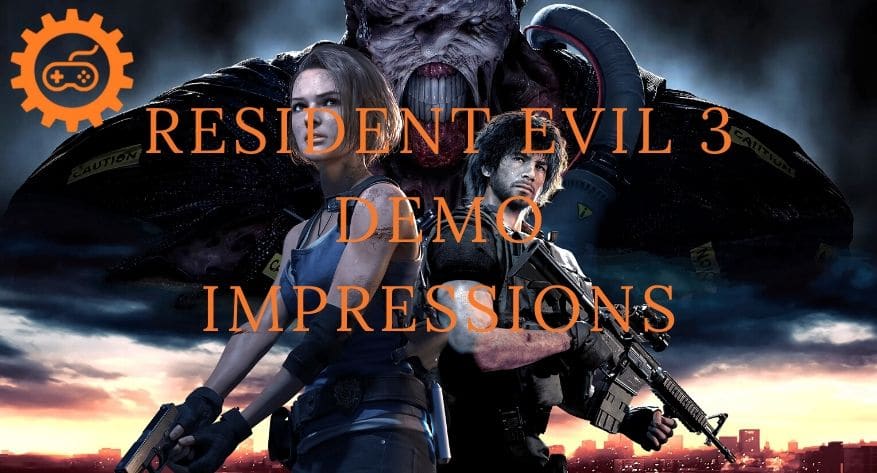 Resident Evil is back with a vengeance. Capcom’s flagship horror franchise just released a demo for the upcoming Resident Evil 3 (Remake) and it gives us all just enough to tide us over until April 3rd. We’re no stranger to the Resident Evil series here on Culture of Gaming, so why don’t we take a look at my Resident Evil 3 demo impressions.

This time around we’re playing as Jill Valentine, yes, the very same from the first Resident Evil. As a S.T.A.R.S member she finds herself stuck in the same Racoon City zombie outbreak as Leon S. Kennedy. Jill, much like Leon, cares about saving people. So the demo consists of you meeting some other key characters and attempting to get power to the subway so you and some survivors can escape.

Of course, it’s not that simple.

Aesthetically Resident Evil 3 is an absolute marvel. I recommend playing in the dark and with headphones on. As all the games sound design is top-notch when experienced as close to real as possible. Anything that Jill does sounds so up close and personal, yet not invasive. Far off sounds are muffled and change place depending on where Jill’s facing. The sounds instantly pulled me into the world, you could hear zombies from a mile off, but weren’t sure exactly where they were. It meant that the tension was matched with sounds that both helped and scared me for my brief 20 minutes of play.

The game’s interface is, unsurprisingly, very similar to the Resident Evil 2 remake. With ease of access to weapons via the quick select and few inventory spaces to juggle. It wasn’t as if any of us thought this game wouldn’t be survival horror, but it was nice to see.

Resident Evil 3 does one thing I’d been waiting to see in action… the quickstep. With a simple push of a button, Jill can quickly dodge out of the way. This comes in handy with zombies, as unlike with classic fixed camera angles and tank controls, you can easily sort where you’re going. The improvements this simple action makes to the ability to dodge zombies whilst moving are massive.

Now we come to the demo’s biggest draw, Nemesis. A lot of people were worried that Nemesis was going to just be a carbon copy of Resident Evil 2’s Mr. X. I can assure you this isn’t even close to being the case. Whilst Nemesis does echo the Mr. X mentality of following you, he is SO much worse.

Nemesis is faster, stronger, more aggressive, and downright terrifying. He’s introduced infecting another zombie with… something. Then as soon as the player is given control he flies towards you – here’s where the quickstep comes in handy – and he’s in pursuit.

He killed me after 5 seconds.

I just wasn’t expecting him to be so fast! Unlike Mr. X he doesn’t mess around. I quickly realised it was time to go on my second attempt, running to a nearby rooftop. In classic video game fashion, the tense music stopped. I was safe. I thought I was safe.

Then out of seemingly thin air Nemesis just came steamrolling up the stairs and knocked me down. I’ve never been so instantly shaken in my entire life! But it felt good! I knew that this wasn’t going to be a quick re-skin of Resident Evil 2 at this point. It has the makings of so much more.

In short, Nemesis is petrifying. If you thought Mr. X was bad Nemesis is like your bully’s older brother, that’s the reason for your bully’s existence. He’s bigger, faster, and stronger too.

My brief time with Resident Evil 3 was exhilarating. Not only does it seem like an action-packed Resident Evil 2 that isn’t afraid to deliver constant fear through Nemesis, but it also presents so much player freedom in its approach it’s scary.

It’s going to be different, it’s going to be new, and honestly, I’m here for it. Capcom might have another hit on their hands. Hopefully, our review of the full experience matches my first impressions.

Excited for Resident Evil 3? Then leave a comment why don’t you?Want to read about the new Resident Evil Netflix series? Then click here! As always, thanks for reading COG!