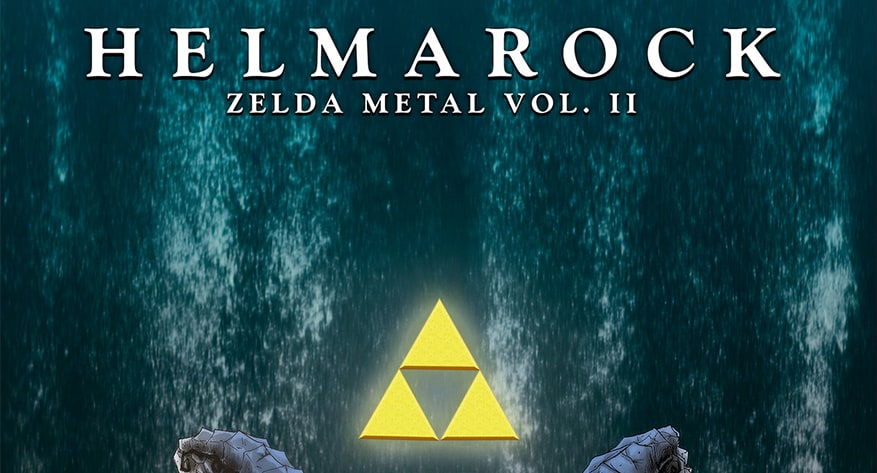 In 2017 Materia Collective introduced an album produced by Joel Kent that reimagines select songs from Zelda Series’ OST as a metal rock ballad with Octorock: The Zelda Metal EP. On March 1, Kent released a sequel to that album called Helmarock: Zelda Metal EP Vol. II which he promises to be twice as heavy and double the runtime of its 2017 predecessor all while fusing Koji Kondo’s melodies with all things shred.

Much like its predecessor the album includes 5 songs that that span throughout the franchise. For Kent, revisiting the franchise means putting his own metal spin on his favorite songs from his favorite series. The songs include the simple rock melody of Ocarina of Time’s Title theme, the adventurous ballad of Twilight Princess’ Hyrule Field, and The Wind Waker’s Ganon Battle. “Transitioning Koji Kondo’s music to rock and roll feels like a very natural process,” says Kent.

Kent explains that the album was made during his time at Berklee College of Music. “Working with some amazing faculty during my last couple of semesters at Berklee has really pushed my playing and arranging style, and I believe my progress as a musician is evident in this project. Taking a break from my original music and jamming some of my favorite Zelda tracks during the process of recording this EP was just what I needed to concede the things I love about rock guitar, along with videogame music in general.”

Helmarock: Zelda Metal EP Vol. II is available for $5 minimum on Joel Kent’s Bandcamp while also available for Spotify. You can also check out all of Materia Collective’s music on their website here.