Rainbow Six Siege is moving into Year 3 and with it, three new Operators are ready for action. Two of the new operators will make your fights against them a living nightmare if you are too reliant on your electronics.

The first Operator from South Korea is an attacker named Dokkaebi. Fun fact about her name: Dokkaebi is the term for Korean Goblins known for playing tricks on humans as well as helping them. In this case, Dokkaebi possesses the ability to cause hell for defenders with the ability to hack their phones. When she uses her logic bombs, defender phones begin to buzz and annoy the defenders who probably should have left them behind.

While this might sound like a troll tactic, Logic Bombs serve as a way to expose defenders if they are hiding nearby. If any defenders try using cameras during this time will have their feed cut, allowing attackers to move freely. Finally, to make things even worse, when a defender dies they will drop their phone next to them. If Dokkaebi hacks a defender’s phone, she will gain access to the camera feed and can use them to spot defenders in hiding.  As such, it is vital for defenders to destroy their friend’s phones if they die, or leave themselves at Dokkaebi’s mercy. Truly, the cell phone will become your worst enemy if she is on the other team. It would be best to keep mute jammers with you in order to avoid her hacks or play as Echo, as she is immune to her friend’s hack attacks.

The second Operator from South Korea is a Defender named Vigil. Vigil is one of the faster-moving characters, allowing him to cover more ground.  While you would think that he would stand out by any cameras, his ability renders him invisible to the electronic eye. His Electronic Render Cloak can affect drones and cameras to where they are unable to see him. While it can be very useful, it does not muffle his movements, he can’t stay invisible forever and can be susceptible to any tracker specialists.

The last Operative is from Poland and is Zofia. While the other two Operatives up top enjoy their electronics and how to mess with them, this attacker’s approach to combat involves a double-barreled grenade launcher. One chamber holds impact grenades while the other carries concussion grenades which can stun defenders. So if you wanted to, you can go around and blow giant holes into walls and then switch to the concussion grenades towards defenders, which will go off if they are in proximity to the enemy.

Zofia really is a powerhouse character too with her other unique abilities. Much like her in-game sister Ela, she has trained quite a bit with concussions and is able to recover from concussion blasts 50% faster than other Operatives. If that wasn’t even enough, she has one final ability that allows her to get back up if she goes down from enemy attack once per round. She only has one sliver of health, but that could still mean the difference between winning and losing.

All three Operators will join Rainbow Six Siege soon, alongside the start of Year 3. Operation: White Noise will be also be adding a brand new map that will take the fight to literal new heights.  Be sure to check out UbiBlog for the full breakdown.

Tue Nov 21 , 2017
The latest title in the Nintendo craze, known as Mario + Rabbids: Kingdom Battle, is one that’s original in its quirks. Combining the lovable, longtime console mascot and his cast of characters with the wacky world of Ubisoft’s Rabbids in this turn-based RPG is something that few people saw coming. And […] 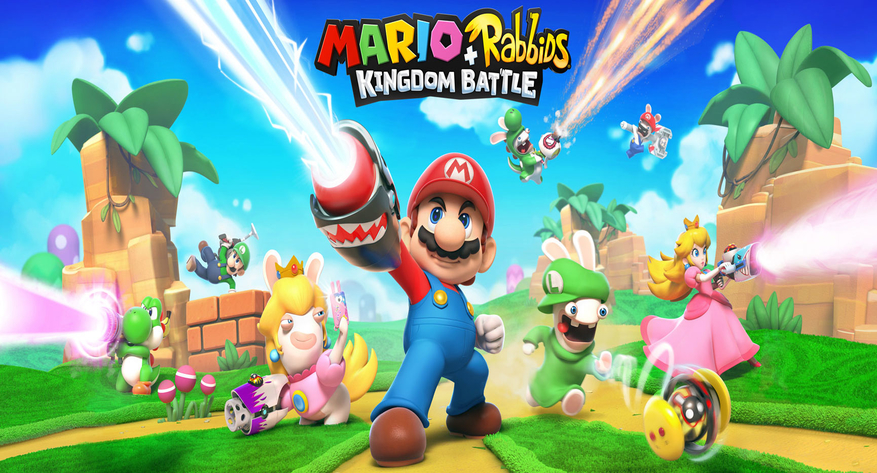