Power Rangers: Battle for the Grid is a blast of nostalgia for older fans, but also a great entry point for newcomers brought in by the recent Power Rangers comic book adaptation. This small but ambitious fighting game is developed by nWay, who have said that they are big fighting game fans.

Battle for the Grid‘s gameplay speaks loudly, demonstrating a fighting spirit not often found in licensed games. Though lacking in depth, polish, and graphics, Power Rangers: Battle for the Grid is fun and accessible for series fans and fighting game players alike. 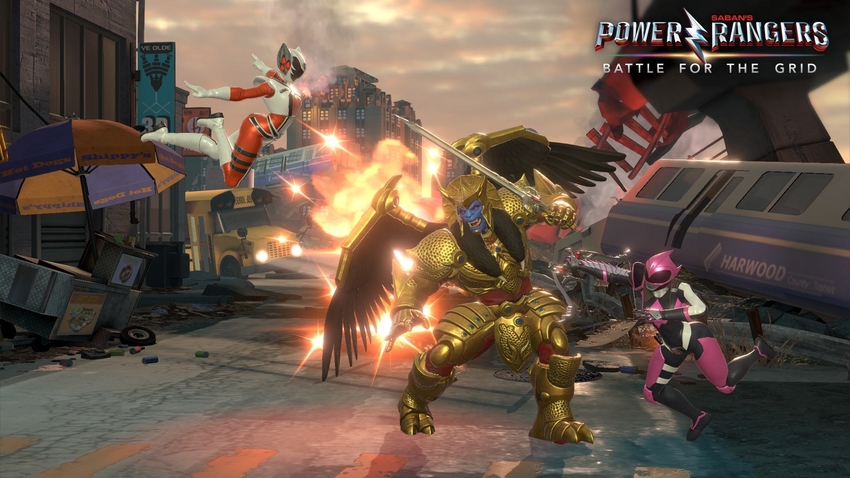 Battle for the Grid plays like classic Marvel vs. Capcom games, implementing 3v3 gameplay with a Power Rangers spin. The standard gameplay features that you’d expect from a multi-character brawler are in place. Rangers that tag out can recover health and perform assist moves. You can chain combos using light, medium, and heavy attacks with assists, specials, and supers. However, you cannot use standby Rangers’ supers in your combos. Megazords are also used as a comeback mechanic in Battle for the Grid. They can be summoned mid-battle, but only after a player has taken enough damage. The gameplay is a straightforward brawl with simple inputs, so in the long run, Battle for the Grid becomes a game of resource management and spacing.

Just like Smash Bros., all playable fighters have the exact same commands but different fighting styles. The Green Ranger’s neutral special move shoots a green orb projectile, but other Rangers will have different neutral special attacks. These special attacks feel like they’re taken from the show, but they’ve been tailored to match classic fighting game archetypes. Lord Drakkon’s super move is a power beam bursting from the ground, which feels similar to Magneto’s Magnetic Shockwave from Marvel vs. Capcom. Even Kat Maxt, another Ranger, plays like a mix of Wolverine and Jill Valentine from Marvel vs. Capcom 3. Developer nWay’s love for fighting games is clearly expressed in each Power Ranger as they all emulate fighting styles from fan favorites in the genre, despite their simpler controls. 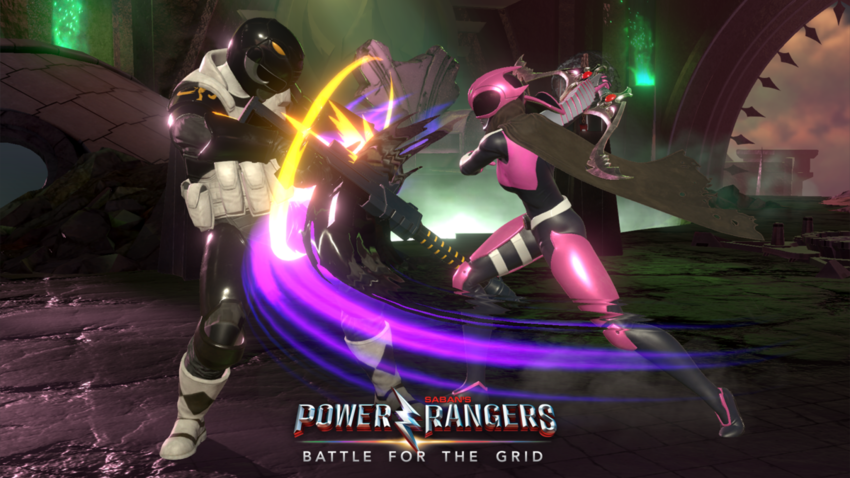 There are a total of nine characters in Battle for the Grid: eight Power Rangers and Goldar himself. I appreciate the characters chosen for the game’s roster, but it leans heavily on the original set of Rangers. I understand that the Mighty Morphin Power Rangers may be the most iconic, but Battle for the Grid could’ve been an opportunity for players to discover new Rangers. It makes the game feel like a nostalgia trip, but I worry that it will put off players that are newer to the series.

Nevertheless, the variety of playstyles between each Ranger is perfectly suitable for fighting game newcomers and vets. Each Ranger has its own unique set of powers and tools that set them apart; trying out each Ranger against a friend makes for a good time. 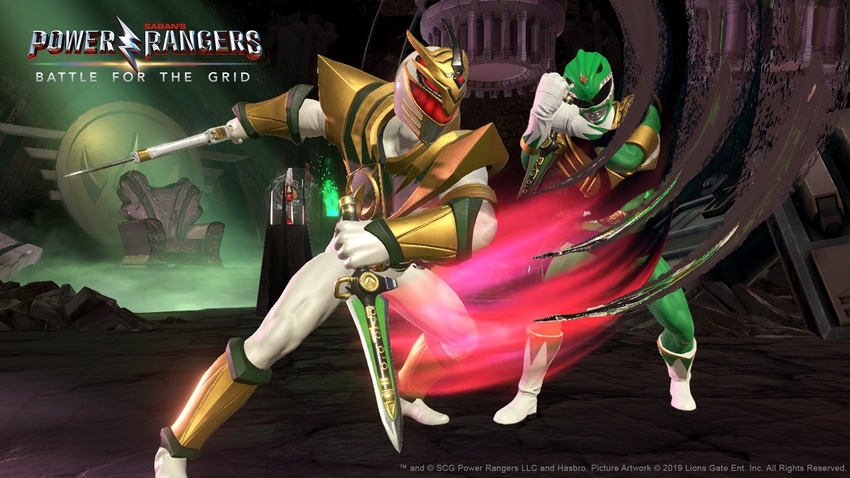 Leading up to the game’s release, nWay was accused of trying to port a mobile game to consoles due to their involvement in developing Power Rangers: Legacy Wars, an actual mobile title. Battle for the Grid is not a mobile port, but the visuals will do little to convince anyone of the fact.

The game follows the events of not only the show but the BOOM! Studios’ comic book adaptation. The stages and characters that share the comic book’s aesthetics look amazing. The Shattered Grid storyline from the comic book gives the game an apocalyptic visual style that works well. It’s a shame that Battle for the Grid‘s visuals make it look like a mobile cash-in title, since the core gameplay is well-developed.

All the Rangers look fine during gameplay but they look terrible whenever the camera zooms in for a close-up. It’s reminiscent of Marvel vs. Capcom: Infinite which had solid gameplay, but with visuals that were hamstrung by a low budget. I’m assuming the same happened with Battle for the Grid, with nWay concentrating on fine-tuning the gameplay at the expense of visual fidelity. When compared to other Power Ranger games, these graphics and lighting effects are actually a step up, but it just doesn’t stand up to other fighting games at the $19.99 price point.

Power Rangers: Battle for the Grid has all the basic game modes you’d expect a fighting game to have. They get the job done, but none are particularly memorable. The Arcade mode is your standard rounds of fighting the same characters on the roster until you reach the boss, and the nine Ranger roster doesn’t add a whole lot of variety to the fights. The game will often use the same character with multiple life bars to assemble some sort of narrative structure when facing characters like Lord Drakkon or Goldar. There is no voice acting and there is almost no dialogue between any of the characters, save for franchise’s main baddies.

However, the biggest issue with Battle for the Grid is its netcode. The game features two online modes, Casual and Ranked, which pit you against other players. During my experience playing online, the game would constantly lag both on a wireless and wired connection. I would go even as far as to say that a wireless connection is almost impossible to play on. I was matched with low- and high-rank players all the time, so there doesn’t seem to be any kind of skill-based matchmaking either. Dragon Ball FighterZ and Street Fighter V also have their connection issues but it’s not as bad as it is in Battle for the Grid. The connection quality is either terrible or barely acceptable, and both scenarios make for a frustrating time.

I found Battle for the Grid‘s gameplay to be a blast when playing locally with a friend. The easy inputs help new players get into the action quickly without having to overcome a huge learning curve. Power Rangers fans will love this game if they have someone they can consistently play with. The gameplay is smooth and the action is fine-tuned to allow for fast-paced combos. Sadly, everything else about this game makes it painfully clear that this was a budget title.

Battle for the Grid is fun because of nWay’s devotion to creating an approachable fighting game with nods to its many predecessors. Other than that, I would not recommend Power Rangers: Battle for the Grid, especially if you’re looking for a game with a good amount of content and decent netcode.

CultureOfGaming.com is your source for great review, news, podcasts, op-eds and more! Also, be sure to check out my other reviews of my interview with Black Panther’s voice actor James Mathis III or Shades of Magic author V.E. Schwab.

Power Rangers: Battle For The Grid is a fun and easily approachable fighting game for fans and fighting game players alike but it does lack depth and polish. This budget title only costs $19.99 but if you don’t have anyone to play with then you might want to look elsewhere.

Fri Mar 29 , 2019
Sports games are often yearly releases. As such, you see the same names time and time again, and it takes a big upset or a huge triumph to influence the pecking order. The 2018/19 season of sports games didn’t bring about any major revolutions. What it did offer is more […] 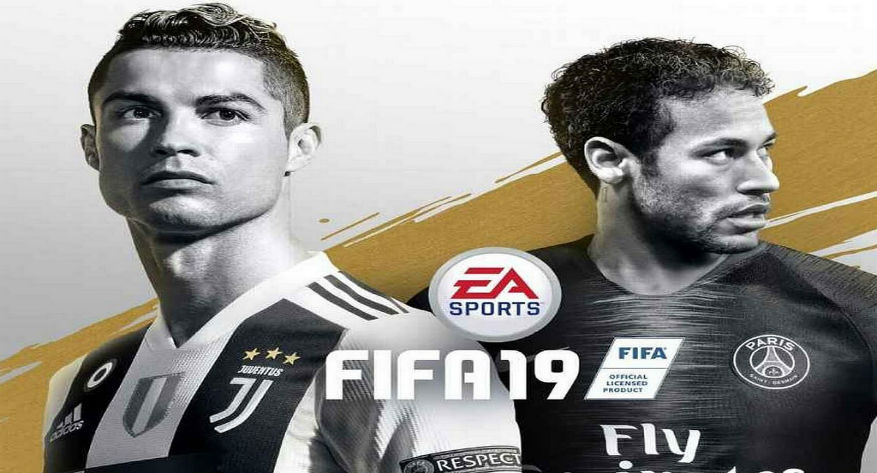