Everyone has that one series or game that takes them back to his/her childhood. A time where things were simpler and wonder filled our imaginations. For many, Pokémon Mystery Dungeon is that series. With its array of loveable characters and intimate plots that makes you tear up with emotion, these spin-offs from the main Pokémon franchise hold a dear place in many gamers’ hearts. Fast forward fifteen years, and both developer Spike Chunsoft and publisher Nintendo return with Pokémon Mystery Dungeon: Rescue Team DX, a remake of the original games that started it all.

Rescue Team DX goes above and beyond in updating these dungeon crawlers for the modern age… in some areas. Unfortunately, the devs seemed to have overlooked other mechanics that hindered the originals back in their heyday. Instead of evolving the series into something greater than its predecessors, DX simply takes the generic formula fans loved and added a fresh new coat of paint. The gameplay loop of constantly traversing generically-designed dungeons weighs down the experience. Some may throw in the towel early on out of boredom. Which is a shame, as the game still has the potential to bring back all those warm fuzzy feelings.

The Story Is Evolving!

When you begin, you wake up to realize you have become a Pokémon. You have no memories other than your name and that you were previously human. You then meet your partner and form a rescue team to aid Pokémon suffering from natural disasters, all while discovering the reasoning behind your transformation. If nothing else, Rescue Team DX excels in its storytelling. Most of the main plot remains unchanged, which already performed well enough without the new enhancements. As you progress, you meet a full ensemble of other Pokémon that instantly win over your heart. Your partner who has you genuinely invested in his/her own personal growth. On the other hand, Pokémon like Gengar will have you hating them — yet you’ll still sympathize with them for their past actions. Each personality you encounter feels like a part of a community of friends you’ll want to engage with.

Of course, DX adds some flair to the otherwise completely identical story in the form of a revamped art style and cinematic cutscenes. The gorgeous water-color visuals breathe new life into the originals’ pixelated looks. The original Rescue Team games on the Gameboy Advance and Nintendo DS never looked so vibrant. When you mix in some re-imagined animations, you have a golden example of how a graphics overhaul can do wonders for a reused plot.

Dungeons and Combat Need to Level Up

Sadly, the highs seems to end here for Rescue Team DX, as the actual gameplay leaves much to be desired. Like most entries in the genre, Pokémon Mystery Dungeon: Rescue Team DX has you traversing dungeons with procedurally-generated floors. Within each floor, you’ll find items to collect and encounter enemy Pokémon to defeat. In theory, procedural levels should aid in keeping progression fresh. However, instead they lead to a bland and repetitive grind that can become stale pretty fast. Basic corridors will appear more times than a Zubat in a cave. Some small quality-of-life updates like an auto mode and the ability to see items and enemies on your current floor do help speed up the process. But the overall, the repetition still hits hard.

Thankfully, the monotony breaks with the occasional boss battle, which can offer a little more difficulty. However, these fights rarely require skill, frequently relying more on luck and how many healing items you have on hand. Oftentimes you’ll just continue spamming moves, hoping that you’ve done enough to finish the enemy. And then you’re suddenly knocked out with one devastating attack. If you have a large stock of revival items, then you should be fine, but defeating a boss shouldn’t come down to reviving until you eventually win.

The Light at the End of the Dungeon

Once you finish the main adventure, Rescue Team DX rewards you handsomely with an expansive post game. Not only do you unlock the ability to evolve, but a slew of more difficult dungeons open up for you to explore to your heart’s content. While the gameplay itself doesn’t change much going further, a noticeable difficulty spike does occur that should require you to approach dungeons a little more strategically. This, coupled with the ability to now recruit legendary Pokémon to your roster, should provide you with hours of extras to keep you busy. Obviously, the slow grind through enormous amounts of floors continues, but there’s a strange satisfaction in finally obtaining beasts like Articuno or Groudon.

If that wasn’t enough, the game also provides a few extra post-story missions to embark on once you complete certain conditions. Sadly, you’ll probably have some trouble meeting said conditions, as the game never outright states them. Though these extra bits of narrative don’t hold the same level of impact as the main story, they still offer a nice epilogue that wraps up some loose ends to some otherwise open-ended plot points.

Pokémon Mystery Dungeon: Rescue Team DX is a bit of a mixed bag. While it excels in keeping (and sometimes improving) the elements that fans adore from its predecessors, these same elements can result in a dated gameplay design. Newcomers that would have probably enjoyed the wonderful plot and presentation that earned the series its current reputation might be put off by the game’s archaic gameplay. Grindy combat and bland dungeons hold it back from reaching its fullest potential. It’s disappointing to say, but both Rescue Team DX and the Mystery Dungeon series as a whole require a bit more of leveling up before they truly amaze.

Want more reviews on Pokémon Mystery Dungeon: Rescue Team DX? Head over to OpenCritic for all kinds of game reviews!

For more Pokémon Mystery Dungeon content, check out our retro review of the original Red Rescue Team. Otherwise, keep it on Culture of Gaming for everything gaming!

Pokémon Mystery Dungeon: Rescue Team DX elevates the presentation and story of the original Red and Blue Rescue Team games in a spectacular fashion, but falls short in gameplay and level design. For those who can manage to push through the simplistic dungeons and lackluster combat, an emotional plot with enjoyable characters awaits.

Tue Mar 24 , 2020
March has been a great month for video games. We had some stellar releases in Animal Crossing: New Horizons, Doom: Eternal,  Ori and the Will of the Wisps and Half-Life: Alyx. But what’s coming? April is shaping up to be another month of great releases and updates to pre-established games. So let’s take a look […] 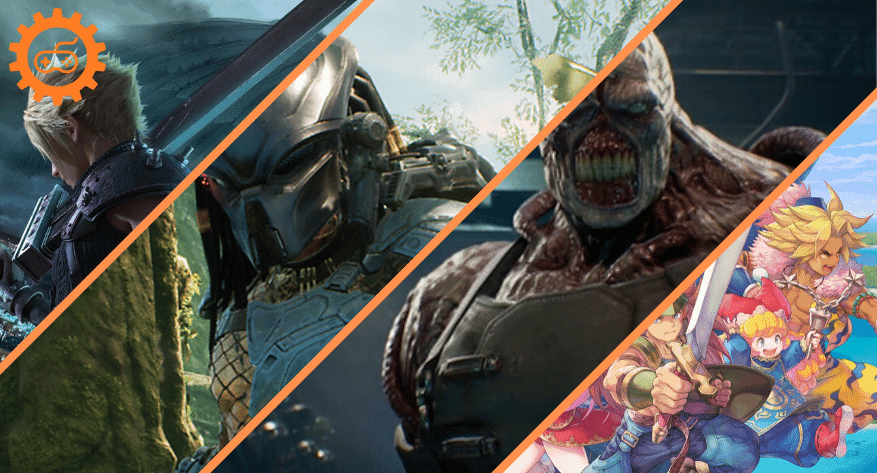