This time around, instead of simply being an instructor to potential Jedi Knights, Katarn acts as a mercenary for the New Republic.

Fans of the series now have a chance to pick up the light saber once again as Kyle Katarn. Thanks to developer Aspyr Media, Jedi Knight fans can now replay the epic storyline on the PlayStation 4 and Nintendo Switch.

Released this week, the game does satisfy many who played the game as a kid. But as gamers all know, porting a classic game to the current generation will carry with it a few problems. Jedi Outcast is no different. Users have experienced problems regarding the Y-Axis, as the game does not invert it. This cripples the player’s ability to make a decent shot against the Imperial Remnant.

Why is this odd? Originally released on the first Xbox nearly twenty years ago, players had the option to invert the Y-Axis. This caused such an uproar within the fanbase, developer Asypr Media promised a patch in the near future.

Have you played Star Wars Jedi Knight II: Jedi Outcast on current systems? Is it still playable or should we all wait for the patch? Let us know in the comments!

Hey everyone, the name is Juan O. When I'm not tapping at the letter on my keyboard to bring the latest news, I'm pulling lucky shots in the battle royale games out now. PS4 is my go-to system and I've been a die-hard of video games since receiving my first console at the age of 5 (it was a Super Nintendo). My passion for video games is matched only by my passion for writing. If I'm not busy slicing necromorphs with a plasma cutter, I'm either writing or playing with my cats Cupcake and Mr. Spooky.

When We Might See WB Games Next Batman Game 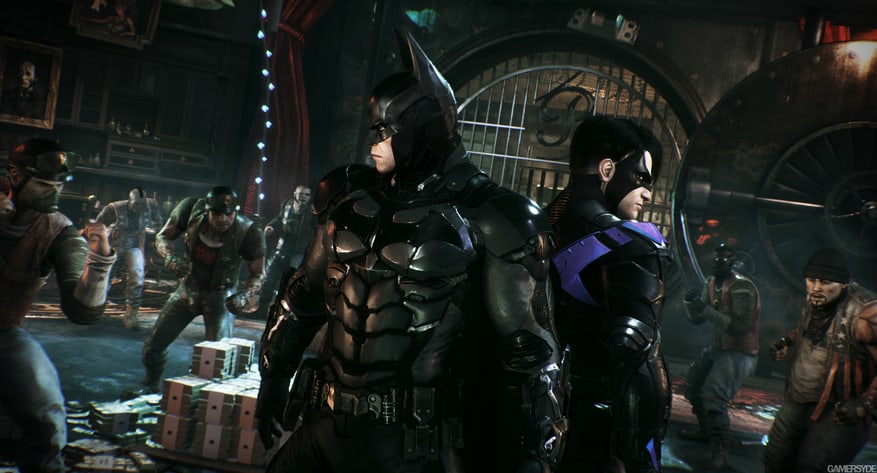