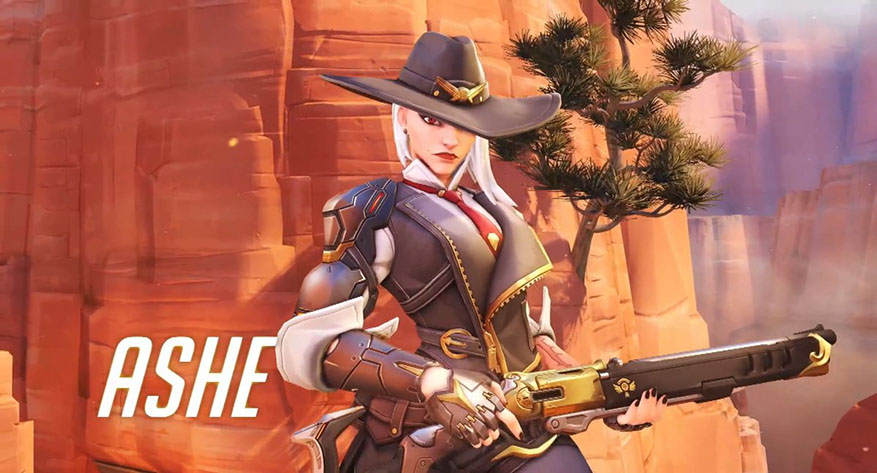 The Blizzcon 2018 Opening Ceremony just ended and Overwatch has revealed its newest hero and a cinematic.

Hero 29 is named Ashe. She is the leader of the Deadlock Gang, the gang that McCree used to run with in his pre-Overwatch days. Her weapon is a rifle that the reveal trailer really seemed to show is quite powerful. One of her abilities is pulling out a double-barreled shotgun to knock enemies away and blast herself upwards., She can also throw dynamite. When the dynamite is thrown it looks like she can shoot it to make it explode sooner. The blast one-hit Brigitte and also left a fire effect on Reinhardt that took him down fast. Ashe’s ultimate is calling in her giant omnic friend B.O.B. From the reveal trailer, it looks like he knocks enemies up in the air and fires at them. As of yet, we do not know if he can be controlled by the player.

The reveal trailer is below.

What do you think of Ashe? Let us know below!

But wait… there’s more! A new animated cinematic starring McCree and Ashe also debuted. The potential for the next hero is also revealed at the end. Lore nerds surely are excited.