Overwatch 2: Speculating the Future of the Game 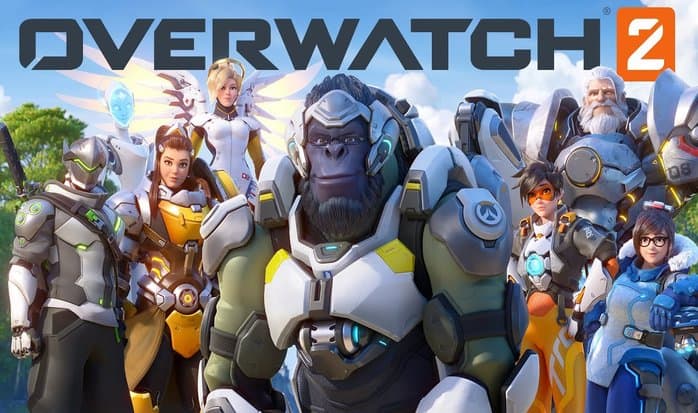 Are you looking forward to the release of Overwatch 2? Mike Sol and Mel Ashford discuss the upcoming sequel and the older title.

Games as a Service

Question 1: Before we talk about Overwatch properly, we should first ask the question, Does Overwatch still have a place in a world of “Games as a Service” (GaaS). Is Overwatch still relevant in the world of both video games and esports?

Mel: I am a huge fan of Overwatch, but the joy is wearing off now. Games like Overwatch and Fortnite have a lifespan, and they don’t last forever. Playing things like Overwatch ends up being very repetitive. There are only so many modes, and it does get old. As much as I loved Overwatch, I don’t play it anymore, and I think it’s time to move on. As a GaaS, it must be making money, and some people still enjoy it. Based on that, yes, it still has a place, but it’s past its heyday. In the esport world, though, it’s becoming unpopular. There’s always another game, and right now, it’s Apex Legends. You can tell Overwatch is losing popularity because Blizzard won’t reveal its player count anymore.

Mike: I’d like to think that Overwatch could be the next step in esports and that video games can provide entertainment that even casual onlookers can enjoy. In recent times, we’ve seen more and more games showcased on cable channels like Disney XD and ESPN, but Overwatch felt like they were taking that first big push towards a more mainstream showcase. In that sense alone, Overwatch still has relevance. As you said though Mel, games have a lifespan and can grow stall overtime. In this case, the development of Overwatch over these last few years has felt slower compared to other GaaS titles since it did seem they spent more time developing the League than in content to help grow the game into something even bigger.

Overwatch 2: Speculating the Future of the Game

Question 2: With Overwatch 2 coming soon, what do we know about it, and what will happen to the original game?

Mel:  The first thing I heard about Overwatch 2 was that it was more RPG-focused and more story-driven. The devs seem to love the lore of Overwatch and haven’t had the opportunity to show us much. Overwatch 2 is the perfect platform for that. Overwatch players will get to keep their skins and other loot they own, from the original game. Those being usable in the Overwatch 2. There’ll be PvE, and PvP with presumably the same modes as Overwatch. If you’re playing Overwatch 2, Blizzard has said you’ll match into PvP games with Overwatch players. So Overwatch 2 will be an update of Overwatch, as well as the PvE game. It may save Overwatch by migrating its players to Overwatch 2 as well as making everything fresh, new, and fun.

Mike: The only concern about that is how long that migration could take. We know when Overwatch 2 launches, the original game will still be in operation, and any new updates for the sequel (characters, maps, etc.) will be in the original. That’s incredible to consider when we look at other games like Madden or Call of Duty, where when the “newest version” of a series comes out; you start back at square one. Eventually, they will pull the plug on the original Overwatch and focus entirely on Overwatch 2.

Hopes and Dreams for Overwatch 2

Question 3: What do you hope to see in Overwatch 2? Any new modes? Hero ideas? Hopes?

Mike: The main thing I want to see is how big the story mode is going to be. As someone who enjoys Overwatch more casually, I’m hoping the campaign will be a decent size, and not treated as a quick 10-minute per map experience. We know about the “Push” mode for game modes, but hopefully, we will see maybe one or two additional modes as well, such as zone capture. For heroes, it’s hard to say what I’d want to see outside of more variety. If there’s one thing the game desperately needs, though, it is more tank variety. Damage and Support are fun, but the tanks feel lacking in comparison. Give us more options to protect our teammates. That, and more melee fighters would be fun too.

Mel:  I’d love to see more of each character’s backstories, and it would be nice to get to explore the Overwatch world solo. I would love a new PvP mode, or at least an enhanced version of Capture the Flag. It would be good if that were a part of the storyline — a mission with mechanics like CtF. I also hope we get to play through the individual characters’ backstories, to unlock that character in the rest of the game. New heroes would be fantastic — I want a deaf hero or a new female tank. Partying-up a few characters on a solo mission would be awesome too.

Mel: Based on the fact that the PvP modes will still exist, there will be loot boxes. I also have a feeling there will be a premium subscription. Blizzard is so money-focused, and they over-price everything. If they went reasonably priced, instead of overpriced, they’d attract the masses much more. At World of Warcraft prices, they’re getting the hardcore fans with money to spend, and no one else. V-Bucks in Fortnite seem to work well. I’m getting what I pay for, and the cost feels worth it. When I look at cosmetics or extras for WoW, there’s no way I’d spend that kind of money on a mount or something. The rare times I have, I always feel cheated.

Mike: While Blizzard did seemingly start the loot box craze, it does seem that they will need to tweak it for it to remain relevant. If anything else, what they should consider is allowing players to slowly earn credits while playing and not on through duplicate drops and credit drops. Even the idea of allowing players to buy some currency with the loot boxes would be a simple and straight forward way to ensure players can get what they want without having to gamble their funds away on that one legendary skin they want.

Over time, we’ve seen Overwatch change their approach to allow players to earn skins through match wins during events. This is a good first step, but Blizzard needs to take some examples from its competitors as the monetization can’t stay as it currently is.

Question 5: Final question- Was there any particular Skins you enjoyed using? Would Blizzard consider doing more “Skin Themes” in the future? And which characters do you enjoy using and hate fighting against?

Mike: I’ll admit I’m a sucker for the Halloween skins. While other theme skins are fun to see with Cultist Zenyatta being my personal favorite, it feels like the skins during October are when Blizzard can get the most creative (outside of the anniversary). As for heroes, they do vary, but I usually like to keep to Reinhardt, Brigitte, and Moira. The First Person Shooters aren’t exactly my cup of tea, so having the more unethical characters on the roster does allow me to have my fun while playing. I can’t say I’m a fan of snipers, though, as I do tend to get my head shot off more times than not.  As for skin themes, it would be nice to see them go all-in on a theme like a team of six clown skins, having some of the more serious characters get a silly makeover.

Mel:  I love the Lunar New Year cosmetics, especially the Rooster skin for Bastion. My other favorite skin is the Lego Bastion. The sweet robot hero is one of my favorites, and he’s also the easiest to play. I love Mei, but hate playing as her; she feels a bit defenseless, same with Mercy. I hate being up against a well-played Reaper, and Widowmaker or Roadhog is on the opposite team, I’m in trouble. Blizzard will continue with the themes, like the Holi Symmetra items. They usually come out during character events, and they tend to be very popular.

What are your final thoughts about Overwatch?

Mike: While I’d like to see Overwatch 2 have a successful launch, there are a few last-minute gripes I wanted to share. Besides what we said about loot boxes, Blizzard needs to take the development of Overwatch a touch more seriously than they currently have. We likely will see tons of new playable characters at launch, but after that, development needs to be more consistent than just three new heroes and a few maps. If you want to keep a fanbase connected, there needs to be more frequent updates. Nitpicks aside, it will be fun to dive back into the game when we see the sequel either this or next year. For a series that seemingly kickstarted the hero shooter craze, it will be nice to see if it can reestablish itself properly. I wish the Blizzard team the best of luck…

Mel: I am super excited to get my hands on it! I hope Blizzard doesn’t bring in too much monetization, as the current Overwatch game works fine as it is. It’s completely playable without real money — that’s important to me. I would love to see them add new modes and refresh the multiplayer elements. Overwatch is tired now. I’m looking forward to getting to know new characters too, but that said, I hope they don’t add a ton of new heroes at once. The odd new one here and there is excellent. The devs and writers getting to share more of the lore they’ve worked so hard on is a massive bonus, and I’m here for it.

Are you looking forward to the release of Overwatch 2? What are some of your favorite things from the original? And what does the sequel need to do in order to keep its relevancy in the future? Please leave your thoughts down below and be sure to follow us here at Culture of Gaming for more articles on the gaming world.