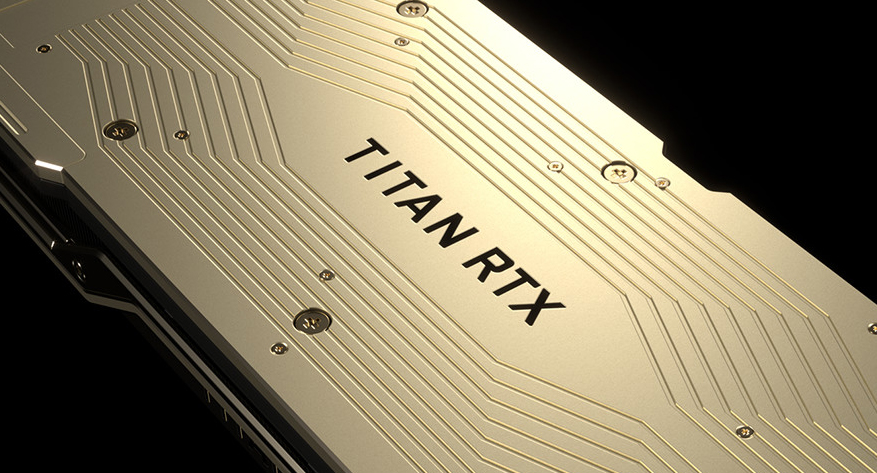 The T-Rex Has Been Unleashed.

Who is This For, and Is This For You?

Like other very high end cards, this is a video card that is not for the Average Joe due to the price. As a departure from previous Titan cards, Nvidia appears to aim the RTX Titan towards enthusiasts, even though the previous line of Titan cards were marketed to those who needed a beefy GPU for applications beyond gaming, but wouldn’t necessary benefit from a Quadro. When comparing the RTX Titan to the other RTX cards in the market, the pricing is way above average. For example, the RTX 2080 Ti which was previously the highest end RTX card you can buy, costs $1,199. But when you compare the RTX Titan to something like the Quadro RTX 6000, Nvidia’s workstation centric line of cards, the RTX Titan seems like a good purchase for those who need a more powerful than average RTX card but don’t want to spend on the Quadro. Both the specs of the Quadro and RTX Titan are comparable in terms of CUDA cores and memory.

If you’re looking for a video card that is able to do 4K gaming, AI/data processing, 8K rendering, and much more, then this looks like an easy purchase for you, especially if you compare it to the Quadro RTX 6000, which costs more than double than the MSRP of the RTX Titan. However, if you are only looking to game at 4K, then the 2080 Ti will be the better purchase for you. You probably know if you need the RTX Titan.