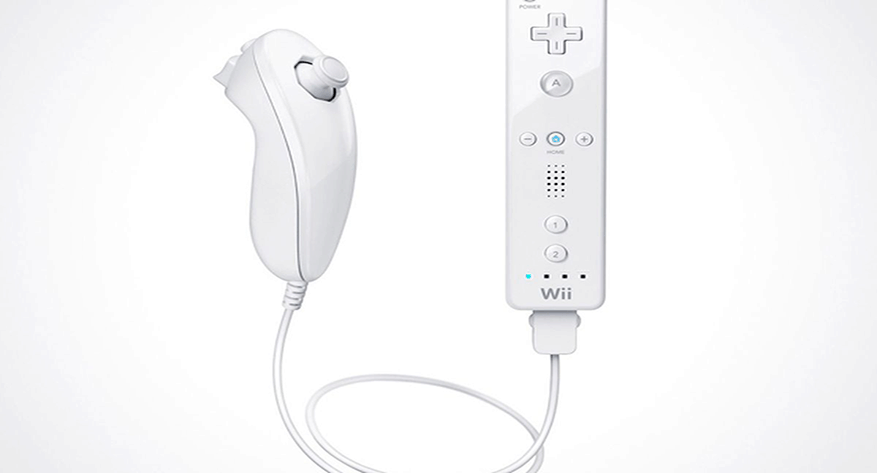 Shortly after Nintendo’s September 4th, 2019 Direct, Nintendo dropped another video on their channel. Simply titled: “First look at a new experience for Nintendo Switch”, the video showcases a still unnamed device having a multitude of motions be performed on it by players from around the world. You can check the video out here.

While we’ll know about this device, and any potential software it’s coming with on September 12th, one thing is certain: Nintendo is getting weird again.

Nintendo is an absolutely fascinating company. Tidbits of info that can be gathered about the development processes of their games and hardware provide insights to their unique in the industry thought process. Take for example, the story of how the Wii controller came to be.

The motion detection technology present in the Wii Remote was originally pitched to both Sony and Microsoft, who both rejected the technology. However, Nintendo accepted the offer, striking a licensing deal with Tom Quinn, the holder of the patents for the technology at the time.

This helped to kickstart the design of the Wii controller, which at first the directive was to try and pack these motion controls into a more traditionally shaped controller. The design phase of just the Wii controller was somewhat volatile, with designs ranging from virtual carbon copies of the GameCube controller, to a controller that resembled a circular block of cheese.

As we know from history, Nintendo settled on the  design that we all know as the Wii Remote. And, even that final design that we know today, is in line with Nintendo’s stated design principles for the Wii. Nintendo set out to make a console that appealed to virtually everyone, including those unfamiliar with gaming. One of the best ways to do this is to make the controller something people are inherently familiar with: a television remote.

Just this one example of the Wii’s design process provides a fascinating insight into Nintendo’s thought processes for design. While their competitors were caught up trying to effectively arms race each other with best hardware, and using what are essentially iterative versions of their controllers, Nintendo was busy carving out a unique space for their players to have.

Not So Fun Gimmick

Furthermore, the Wii is hailed as this sort of “Golden Age” of Nintendo. At the very least, the Wii was everywhere, having some of my favorite commercials in gaming, and other mass media campaigns. The word was certainly out about the Wii during its time, and it offered a totally different experience than anything else in the gaming market at the time. Nintendo was, by comparison to Microsoft and Sony, well, weird.

Fast forward to the Wii’s “successor”, the Wii U, and it’s kind of a different story. While I won’t hark on the multifaceted aspects of the Wii U’s virtual failure, one thing is for certain, that with the Wii U, Nintendo got less weird. As a departure from the Wii design principles, Nintendo targeted HD graphics, and an overall more traditional controller and console layout versus the Wii.

Sure, the Wii U had a unique, “Nintendo only” gimmick, but to be frank, it was unfun. At least with the Wii I had the power of my imagination to pretend a sword was extending out from my Remote. I guess I got to pretend my Wii U tablet was a golf tee that one time?

The bottomline here is Nintendo succeeds when they truly think out of the box, and doesn’t try to directly compete with Microsoft and Sony.

The Switch which has been wildly successful, and is something I view as an almost return to form for Nintendo. A solid step forward after the regression given by the Wii U. Of course the Switch isn’t perfect, but, by comparison to the PlayStation 4 and Xbox One, it’s weird.

So in the wake of the Switch’s success, where does Nintendo go from here? How do they capitalize on the weirdness, so to speak?

Well, Labo was an attempt, and although a unique concept, I believe missed some key messaging, as well as an improper price point. That seemed to be the first real experiment Nintendo tried in the post Switch era. But with the device mentioned at the beginning of this article, this seems to be the next experiment Nintendo is trying for the Switch.

Inserting some of my personal speculation here, I believe the device showcased is going to be an accessory or “the gimmick” for some fitness based game, ala Wii Fit. And yet, as weird as the device may seem, if given the speculated context of a fitness themed game, it’s familiar, even if you aren’t experienced with gaming.

Take a look at a circular weight. These are used in a variety of exercises, outside of just raw lifting. The device showcased in the video is reminiscent of one of these weights. And harkens back to the design principles of the Wii remote, in that it’s familiar to those without gaming experience.

Nintendo is getting weird again, and they always seem to succeed when they do. I can’t wait for September 12th when we get more details on this device, but I think that it represents a return to form for Nintendo.

Thank you for reading. If you’re a Sekiro fan I wrote a piece delving into the real life myths enemies are based on, which you can check out here.