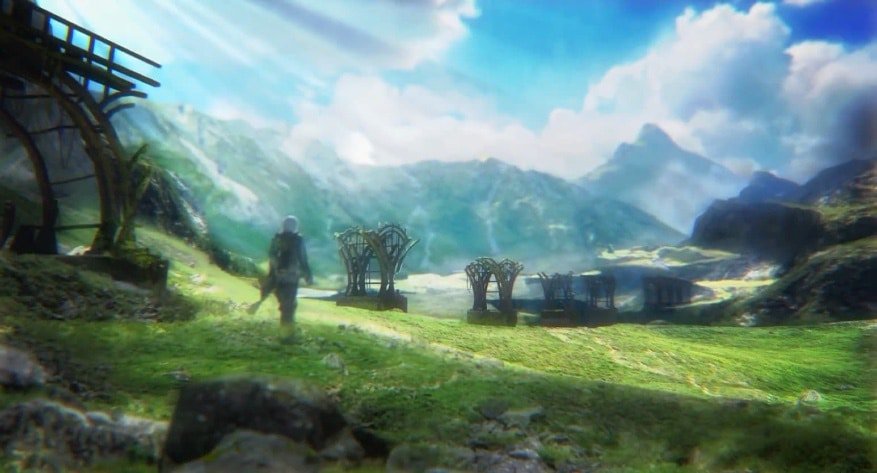 NieR Replicant is getting a remake. Announced on the series tenth anniversary, NieR Replicant ver.1.22474487139… is described as an upgraded version of the original game.

Enter an apocalyptic world as you play as a brother on a quest to cure his sister of a deadly disease in this unique action RPG. pic.twitter.com/aKkebNjfI3

NieR Replicant will release on PS4, Xbox One, and Steam. Currently, there’s no release date. But, given that the announcement was to coincide with the game’s tenth anniversary, a release at some point in the year is likely.

It’s currently uncertain if the game is a full remake or remastering of the original Japan-exclusive NieR Replicant. The new version is being rebuilt with new and re-recorded music, full re-recorded voice acting, a new character, and a new ending. Though the game’s producer isn’t sure if the additional ending is included … whatever that means.

The new rerelease is particularly exciting for fans in the West, as it’s the first time they will be able to experience the Replicant version of the game. When Nier originally launched in April 2010, the game came with two different versions.

NieR Replicant was previously exclusive to players in Japan.

Replicant was for the PS3 and Gestalt was for Xbox 360. The Replicant version was built for Japanese audiences and featured a younger protagonist protecting his little sister. For the Gestalt version, the character was aged up to a middle-aged man protecting his daughter.  In the West, both versions were the Xbox Gestalt version because Square believed Western audiences would react better to an older protagonist.

Though the story between both was more or less the same, fans of the series have wanted to experience the previously unavailable version of the story. The switch to the Replicant version of the game does make me wonder if we’ll still get the option to play as papa Nier again.

The remake is being developed in collaboration with ToyLogic. A developer who previously worked on Dragon Quest XI. Yes, I’m disappointed it isn’t Platinum Games as well. Though team members such as Takahisa Taura will be supervising the project. The original Nier was released worldwide on April 23rd, 2010 and was the final game by developer Cavia Games. Cavia had previously developed Yoko Taro’s Drakengard series, a series known for dark and weird imagery (the games ending E is still scarred into my brain) Nier itself is a semi-sequel/spin-off to the series.

Square Enix also announced Nier Re[In]Carnation. A mobile spin-off game. How it ties into the other games in the series, or when it will be released, remains to be seen. But Yoko Taro and series composer Keiichi Okabe are linked to the project. A trailer was released in Japan:

Though the original Nier’s sales were lukewarm and reviews were mixed. The game garnered a strong cult following over the following years. Fans were drawn to the incredible music, characters and deep subtle story that subverted many conventions.

Despite the original team closing down, poor sales and the story seemingly ending, to fans surprise a sequel was announced in 2015. Developed by Platinum Games, NieR: Automata was set thousands of years after the original. With humans fleeing to the moon, they use androids to fight robots built by aliens for the planet earth…

NieR: Automata was a huge success receiving critical acclaim from critics. The game won numerous game awards and sold over 4 million copies worldwide. Since then the series has received a renewed interest from fans.

NieR Replicant will be the first chance a lot of new fans to the series get to experience the original Nier. A game which story and impact is, in my opinion, even stronger than Automata’s.

Replicant will release at some point in the year.