My Complicated Feelings About The Switch Lite 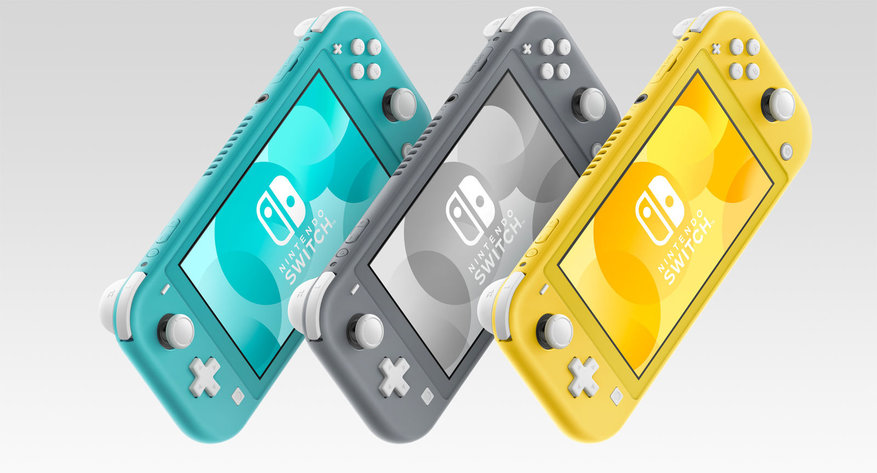 I’ve always found myself to be a gamer on a budget. I waited until the DS Lite came out before purchasing the cheaper end older clunky original model. I waited until the PS3 and the PS4 had slim cheaper models before taking the dive. But with the announcement of the Nintendo Switch Lite, I find myself conflicted.

That’s right. The Switch Lite has been announced for August. Along with a model that is more suitable for portability, comes a longer battery life. But something struck me as odd from Nintendo’s reveal. It didn’t mention the price or the longer battery life.

Will The Nintendo Switch Lite Be Any Good?

In fact, it seems the only things that it did mention, are what’s wrong with it. The focus of the reveal showed that the Switch Lite lacks the ability to dock into a TV. The Switch Lite is focused on a single player aspect. It lacks a rumble feature and the ability to share joycons.

As much as I would is I would like to focus and all the negatives, it’s not black-and-white. It would be one thing for me to just say that the Switch Lite is a bad idea. As you may know from some of my other articles, I, myself, have cerebral palsy. Having CP complicated things when Nintendo decided to focus on a two controller set up, starting with the Wii. And if this Switch Lite is a way for me to finally enjoy a Nintendo system again, I’m all for it.

But that’s just it. The original Switch has the same capabilities as this newer version and more. If I want this new version, I have to consider that it will not be on my television. It will not be multiplayer focused unless I’m around other Switch owners. Certain features of some games will be closed off to me. Yet, at the same time, the idea of saving 100 dollars does appeal to me. The price is not the only thing that could attract people to it.

The cheaper price sure is tempting. It could even be tempting for more people than just the ones who don’t have a Switch yet. The specificity of this new system means that the Switch Lite can be advertised to people who already have a Switch.

Parents who own a Switch can give their toddler something to play with. Other people won’t have to buy more than one dock for a household. Collectors will have the hottest new system in town. That’s where I think Nintendo is banking its advertising dollars on.

What About Next Year?

Let’s be real. We knew the Switch Lite was coming and we’ve known for a while. It stands to reason that a Pro Switch is in the works too. Will the Switch Lite be attractive to anyone who wants a more advanced Switch in the future. Probably not, but you never know.

But It’s Not So Simple

Things get even more complicated when you add the price of everything into at all. If you add accessories, games, and more, The price of any Switch goes up even more.  Nintendo has always had a reputation for having really expensive games and having very few sales. Perhaps having the system all be one thing would lessen the price of a total package. There’s no way to know as of right now.

The multiplayer aspect may only be available for those who can be around others with a Switch, but it’s still there. Games like Pokemon and Smash Bros are still an option. Unfortunately, the option is clearly limited in that sense. Maybe I’m just a dinosaur who should be happy that online functionality is still a thing. The new system itself looks beautiful and sleek.

I can only speak for myself. For some, a cheaper price and longer battery life will be a big draw. I know some people who play their Switch exclusively in bed. This would be perfect for them. The cheaper price could also be the reason why they finally are able to try a Nintendo Switch in the first place. In the end, I think I will wait and see how the reception of this Switch Lite becomes. I can finally decide if the system is for me.

But what do you think? Are you planning on picking up the new Nintendo Switch Lite? Do you like the Switch you have? Let us know in the comments below!
And do you want to see more of this kind of content? Do you want to have the chance to win awesome prizes? Give us a +1 or follow us on our Google+ or YouTube. Just click on the Google+ / YouTube emblem below!