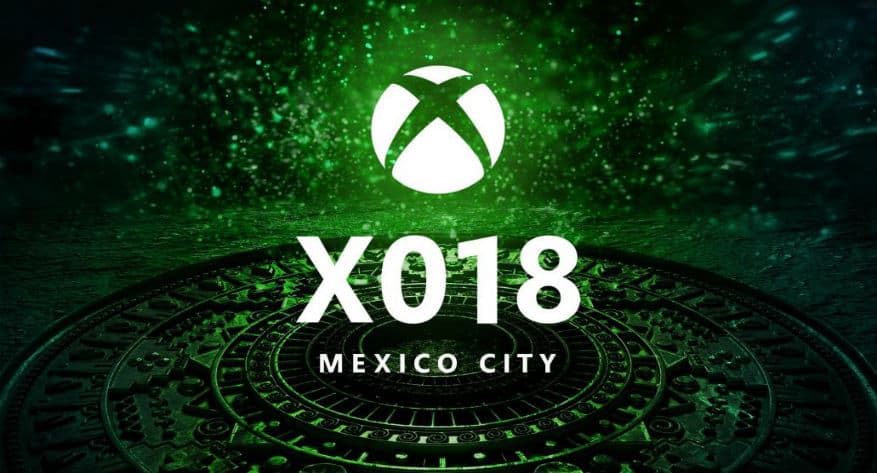 Microsoft is having a giant “FanFiesta” in Mexico City. As a part of the “Inside Xbox” series, Microsoft hosted their FanFest for big announcements and giant reveals. Those who say there’s nothing on the Xbox One might want to think twice as there is plenty of exclusive games, upcoming updates and a whole bunch of titles joining the Xbox Game Pass program. What‘s coming down the pipeline for the Xbox and what other fun goodies did we find out for upcoming games? Here are the highlights.

Those who might be on a tight budget should look at the Xbox Game Pass and see it as an absolute Godsend. With over 100 great games already on the service and more added in every month, there is never a shortage of games to enjoy on the Xbox One. Microsoft announced a new “Xbox Game Pass” App on iOS and Android that will let you browse the expansive library. If you find a game you want to play, you can select it and the game will download onto your Xbox immediately while on sleep mode.

As for the games that will be available, there is a wide range to talk about, so here’s the quick rundown:

If you have not tried out the Xbox Game Pass yet, new subscribers will get their first month for just $1. This offer lasts until January 3rd.

Black Friday can be a hellish time of the year with the amount of discounted goodies on sale. Microsoft has your back though with the biggest sales they have offered yet. You can expect to see deals on a variety of games such as Forza Horizon 4, State of Decay 2, Sea of Thieves, and tons more. You can also get Xbox Live Gold and the Xbox Game Pass for $1 each. The biggest deal of all, however, will be that Xbox will offer $100 off select Xbox One consoles. This means that if you had your eye on an Xbox One X, you can get it at $399.99.

For the Full Breakdown on Black Friday Deal from Microsoft, be sure to check out the details.

From the development director of Bioshock and System Shock 2 comes a “new kind of strategy shooter.” The game definitely has a feel of Doom to it if it were Cel Shaded, but goes much deeper than that. Upon first look, you will be able to travel in between locations to collect supplies while surviving what random monsters, robots and other fun space threats that come your way. You can also craft items and other weapons to help you survive, including a kamikaze robotic Kitty. Void Bastards will be a Console Launch Exclusive on Xbox One in 2019 and will also be apart of the Xbox Game Pass at launch.

So besides a fun commercial where Terry Crews is jump scaring Terry Crews, we got more details on Crackdown 3.

We got a first look at the upcoming multiplayer mode called: Wrecking Zone. While the mode will serve as a 5v5, the biggest draw here is that you can destroy the environment around you to take down enemies. Want to drop a building on them, or shoot out a bridge so they fall to their deaths? Have at it.

Crackdown 3 will finally arrive on February 15 next year. For those of you who are planning on checking out and trying the game, Crackdown will also be available at launch on the Xbox Game Pass. Finally, if you want to brush up on your Justice Fighting abilities, Xbox Owners can get the Original Crackdown right now for free until November 30th.

Another big gaming celebration means another big trailer for Kingdom Hearts 3. This time, we got to see the return of the Hundred Acre Woods that will have a variety of minigames for players to enjoy when not fighting heartless. Also, we got a quick peek at the special feature of the special ability of a “Honey-Themed“ keyblade that will fire off giant Honeybee missiles made of honey. Kingdom Hearts 3 will finally drop on January 29, 2019.

Seas of Thieves 5th free update is bringing a big change. The Arena will be an all-new competitive game mode that will let players test their pirating skills against rival crews. These will be Fun and Frenetic action-packed races to see who can discover and collect treasure first. With this new game mode, the game will also see a new Trading Company: The Sea Dogs.” The next update will release in early 2019 and you can play Sea of Thieves on the Xbox Game Pass.

While we didn’t get any new character announcements for Jump Force, we got the next best thing. Many characters have the option of performing Awakening Transformations to boost their fighting abilities. We know the Sayians can go Super, but we got confirmation a while back that Goku can also go blue too. During the presentation today, Vegeta also got to show that he can use Super Sayian Blue. Finally, not to be outdone by filthy monkeys, Frieza can also go Golden.

With over 4 million players and over 5.3 billion zombies killed, it is hard to say where State of Decay 2 will go from here. Luckily, we won’t have to wait too long as the next content pack for State of Decay 2 will bring some special goodies. These include a powerful and silent crossbow and a variety of melee weapons, facilities, and blood plague consumables. The Zedhunter pack will be free for all players regardless of what version the player is playing and will join the game on November 16th. If you haven’t had your fill of Zombie slaying, you can play the game through the Xbox Game Pass.  Also be on the lookout for more updates in 2019, including a more “Challenging player experience.”

There were so many announcements, it is hard to cover them all without missing one or two. We got details on an upcoming mode for Devil May Cry 5 that will let you practice combos and experiment with the Devil Breakers. Minecraft will have an update that will add cats and pandas into the mix. The FFXIII Trilogy of games on (XIII, XIII-2 and Lightning Returns) will be backward compatible on November 13th. And Shadows of the Tomb Raider will see the first of its seven monthly DLC adventures with The Forge.

To Read the full breakdown of everything announced, check out the Xbox News Site.

Microsoft has lots of fun goodies coming soon. Be on the lookout for plenty of other fun games and announcements coming soon, including the “Winter of Arcade” running from December 6th to December 21st. Be sure to watch the Game Awards on December 6th to see the full line up of special incentives on Select [email protected] Titles.

So what do you think?

Were you excited at the announcements? What are you looking forward to the most? Be sure to follow us here at Culture of Gaming for more updates on Xbox Titles and other things gaming.