There are a few games where originality and imagination make up their key concept, and I have to say that MINImax Tinyverse is such a game. It’s a unique approach to the MOBA genre, and I honestly want to see it succeed. With its overall style, it was enjoyable, imaginative, and just a nice game overall.

I was first introduced into the game as someone that plays MOBAs (Multiplayer Online Battle Arenas), and I admit the idea of having a MOBA where you control the environment and the world—instead of the characters and their abilities—was intriguing.

The game is set in a childish and imaginative way. You can see this right from the start with a small comic at the beginning. But what I love is the overall style of MINImax Tinyverse. It’s lighthearted; it’s like you’re a child again, playing God with friends, as toy blocks, crayons, bubbles, and all sorts of crazy stuff. I honestly found it strangely nostalgic despite it being an online game. I literally could not sit through without smiling at the whimsical nature of MINImax Tinyverse.

Again, MINImax Tinyverse is a MOBA. And as such, there are towers, a single lane, and the main objective is to take down your opponent’s base before they take yours down.

What I love about this game is that the strategic elements are very personalised, it’s a system that lets you choose which units you want, when they spawn, and which hero you want. All that’s left is to let them run free in the battle.

The twist—you cannot control them (picking up your champion and placing him somewhere else is the exception). Instead, you are given abilities called “miracles” to alter the battle.

You start off with three basic miracles. One is “Pick-Up,” which allows you to pick up your champion and throw them somewhere nearby. The second is “Rainbow Fence,” which lets you wall off sections of the map to halt the enemy, or to position better. The last one is “Ramp,” which allows you to move your units into different positions easier.

Of course, there are more miracles to unlock as you play more of the game. Personally, I really like the “Flaming Pain” miracle, which creates a line of flames; and “Green Field,” which heals your allies in a circle. I recommend using these miracles, as they both control fights extremely well.

As for units and champions, it’s really a scissor-paper-rock game, and as such it’s really more about luck. Though there is strategy too, it is not balanced, as the game is designed well enough to know that there are counterplays for everything. I can only say that to determine your playstyle, try out any of the champions that you want.

There were a few problems with the game; for example, there’s a very small playerbase. I had to sit for at least half an hour on multiple days just to get a match—and sometimes even then I still couldn’t find matches. There is also not much content, less than I predicted; but the game is still a new release, so that’s to be expected.

The overall style of MINImax Tinyverse is creative. It’s filled with youthful wonder, and it expresses that in its characters, miracles, and the overall visuals of the game. It’s like a child’s toy set, and it immerses you into the game world.

The music and sounds, while not really much to comment on, are decent and don’t overperform or underperform; they’re just there in the background. The main selling point is solely visual.

Overall, it is a good game that has a lot of potential. Its theme and art style are cute and imaginative, complementing the gameplay well. I only wished I could experience more, and really recommend it to MOBA lovers, as it is an interesting take on the genre.

(You can check out more gaming reviews over at OpenCritic.com.)

MINImax Tinyverse is a small game that has massive potential. Right now it is fun and intriguing to play, with strategic properties.

The Top 5 Most Exciting Keyblade Transformations

Tue Jan 15 , 2019
To say fans are excited for Kingdom Hearts III is an understatement. For years, gamers have patiently waited for the climax that the series has built up to. Luckily, the wait will soon come to and end. Kingdom Hearts III seems prepared to innovate the formula of past games to create a unique […] 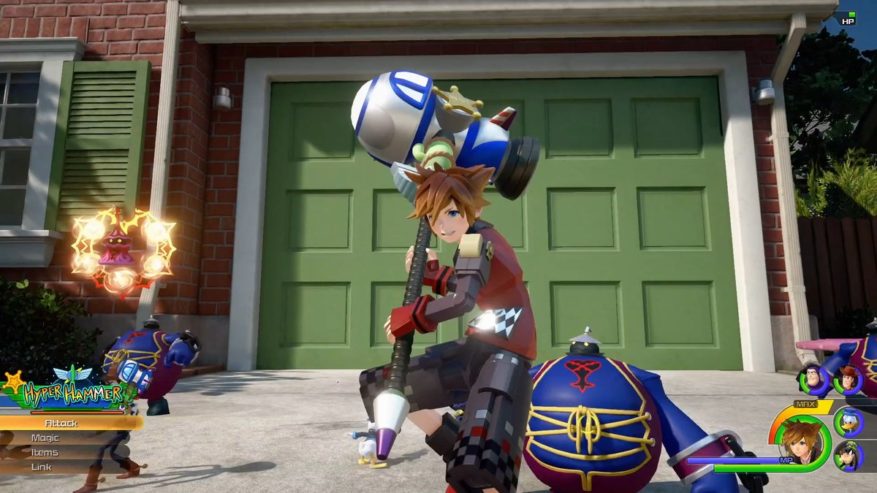