Microsoft Shows off a Pig in a New Minecraft AR Project 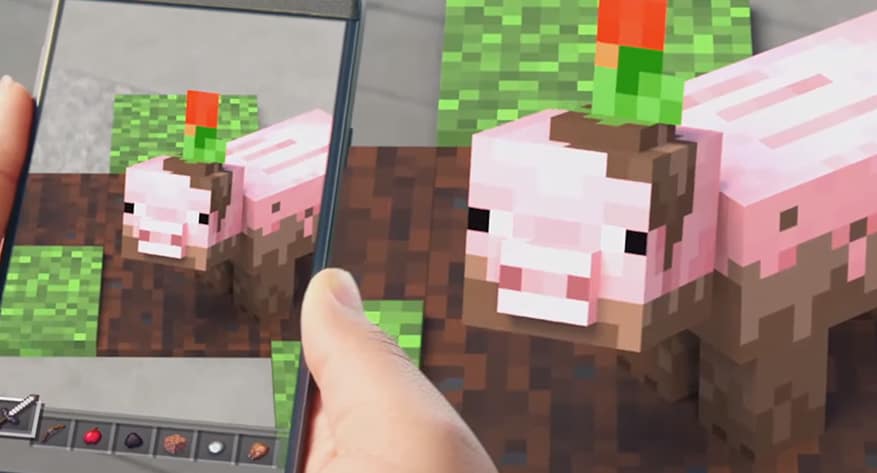 The annual Microsoft Build event kicked off today with a bunch of announcements, including the AR headset HoloLens 2. Microsoft showed off more than one AR-related product, however. More pertinently to gaming, Microsoft announced a Minecraft AR game for mobile phones.

Towards the tail end of the conference, a trailer for the new game played. It shows a businesswoman playing what appears to be a very early build of the Minecraft AR game. Based on the lack of UI elements and only a single animal (a pig) on screen, it’s dubious that this game is all that far into development.

Will the Minecraft AR game support GPS-based tracking like Pokémon Go? Or will it be on a stationary plane, like the demo shown off for the original HoloLens 4 years ago? Really, it’s impossible to tell, for the time. That said, Microsoft will be revealing more details on May 17th.

May 17th, non-coincidentally, will be the 10th anniversary of Minecraft, and both developer Mojang and Microsoft will be celebrating with an event in Stockholm, Sweden. Undoubtedly, this is where they will be announcing more details on this new AR game. In a Tweet, Microsoft says to tune in to Minecraft.net for more details.

What’s @Minecraft up to? Tune in to https://t.co/E7ZPoCQKus on May 17 to find out. #MSBuild pic.twitter.com/CVurJW4eWw

This year is an important one for one of the highest-grossing games of all time, but the creator himself won’t be attending. Following controversial Tweets he’s made over the past years on Twitter, Markus “Notch” Persson has been publicly dismissed from the anniversary event.

For more on Minecraft, Microsoft, and everything else video games, stay tuned to Culture of Gaming.