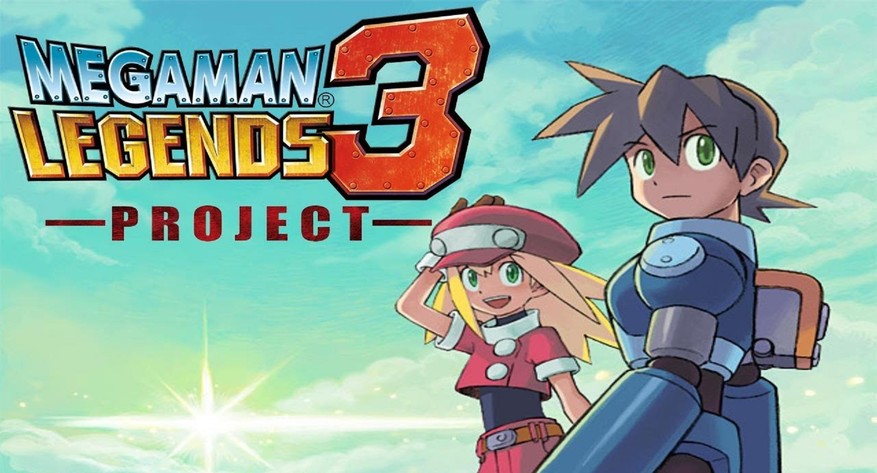 Looking at the collection of failed video games this generation, especially this past year, we should take the time to step back. How would the market react today with some cancelled video games? Not about the ones based so much around popularity, but those that were based on older properties. Mega Man Legends 3 is one that comes to mind. On paper, it should have been a gold mine. However, the Legends series was already a bit of a niche concept. The series had not failed, far from it, but it never took off like the original Mega Man games did, or Resident Evil. That’s a shame too. Legends was never something spectacular, but they kept improving and became something really good. There was just something so memorable about Mega Man in a Super Mario-like airship.

Here, we discuss the Mega Man Legends series, and if it would have thrived today.

Mega Man Legends – The Start of the Series.

The first game of the series, Mega Man Legends, provides a short scrolling text with voice-over. Apparently, everyone is searching for this “Mother Lode,” as it is said to be a legendary treasure. With a name like that, it has to be, right? It is supposed to hold energy so great that the world should have no fear of running out of it. Pretty cut and dry. The whole game is about seeking treasure, meeting companions and enemies along the way, and a good amount of dungeon crawling. In fact, you even start the game in a dungeon! From the very start, this game thrusts you into danger.

One thing this game didn’t do that many games annoyingly do nowadays, it didn’t hold your hand. If you didn’t figure out how to walk, that’s on you! You don’t need a tutorial to tell you what a joystick does, it just works. For the time, the acting was not all that great, but some characters were voiced well. There is also this love-triangle that sort of forms a bit later in the game and is developed quite well. These characters you often care for, whether it be comedic or dramatic reasons. Mega Man Legends also had a lot of RPG elements to it, from story to the towns you visit, even though it is considered an action-adventure game. It had a small progression system in place to allow upgrades to HP and your Buster.

This was one game that took a 2D side-scroller and made it work with 3D. Even though it was a shoddy camera scheme, it somehow still worked well. Going back to it, the gameplay is not terrible, and you pick up on it. So, definitely a great game to still check out.

We have to talk Mega Man Legends 2, a major upgrade over the first. The intro actually gives you a cinematic story, opposed to just thrusting you into combat. It adds a bit to establish characters, such as the main villains and companions from the previous game. Instead of being confined to mostly one island, you are able to search through multiple islands almost from the start. Rock & Roll are a thing, not kidding! The game is very interesting right out of the gate. Also, the voice acting seems much improved. How you control the camera, individual equipped pieces, and aiming. This game is clearly better aesthetically, except for the graphics, which remained underwhelming.

Despite it selling poorly, perhaps even worse than the original, Mega Man Legends 2 developed a cult following since its initial release. If there is ever to be a game on my favorites list, it’s this game. Being one of my most influential games, keeping my foot in the door of general RPG games. That’s how this felt at the time, like an RPG. Not quite on the level of Final Fantasy, but also nothing as low quality as Quest 64. This game had just enough of everything. Very few games compare to the Mega Man Legends series, at least in my eyes.

The Misadventures of Tron Bonne is a spin-off from the main Legends series. Look up the prices on ebay, Amazon, and other online websites, it’s pretty expensive! My copy is still carried over from nearly a year after release, and even then it was rising in price pretty drastically! Definitely a more rare entry into the series, but rare doesn’t mean good. What is good about it? Miss Tron Bonne herself! The serve bots are hilarious, Miss Tron is hilarious, and so are most side characters. This game was released between the first and second Legends games, with the second being the better of the three in my opinion.

Tail Concerto seems oddly similar to that of a particular game released a year prior. It has similar gameplay, character design, and even settings. Is this a spiritual successor? Unlikely, but possible. It’s certainly a game that can be substituted for the Legends series, having a different narrative from each other. Solatorobo, the sequel to Tail Concerto, being on similar grounds. Although, just like Misadventures of Tron Bonne, can get pretty pricey due to its rarity. Both games, however, are great substitutes, and while Legends has more model-based scenes, these two have full-animated cut scenes. Not so similar now, huh? Yes, it’s certainly a step up from the Legends series.

Where Mega Man Legends 3 could have gone…

While barely remembering the ending to both the original Mega Man Legends and its sequel, there are immense possibilities. With numerous bosses of the main Mega Man games, and similar levels, there is no shortage of content. Current generation graphics can do so much to upgrade the blue hero as well. Keiji Inafune still expresses interest in the series, and it’s a crying shame that the series may never again come to fruition. Towns can be bigger, more expansive. Characters can become further updated. It would also be a beautiful sight to have some sort of aerial battle between Mega Man and Miss Tron herself. The story could change for the better.

Marketing for this game should explode. One major oversight was the marketing campaign for the Legends series, since it felt as if there were none. With information being traded among various individuals at lightning fast speeds, it would gain traction. Marketing alone would add to sales figures. Plus, being a vastly different game from current ones in the market, it would be a gold mine. Capcom should certainly think about where this series could go. Fans want this game to happen. One way or another, Mega Man Legends 3 probably will, with or without inside help.

In today’s market, something new is risky, but it pays off when done correctly. Looking at a franchise we can only hope makes a comeback. Mega Man Legends deserves a second chance.

What do you think about the Mega Man Legends franchise? Did Capcom drop the ball on this one? Let us know what you think in the comments and on social media.