Marvel Ultimate Alliance 3 Should Be on Your Radar 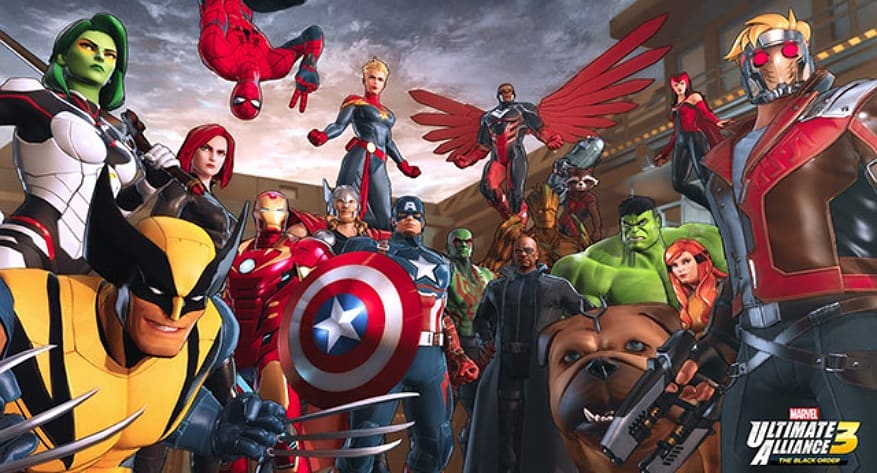 Marvel Ultimate Alliance 3 makes its debut as a Nintendo Switch exclusive title on July 19, 2019. It was developed by Team Ninja and published by Nintendo.

As the third entry in the series, Marvel Ultimate Alliance 3 retains the action RPG traits of its predecessors, but with a modern flair. The game looks really good, and with its release during a packed year of Nintendo exclusives, it manages to be one of the most unique games launching on the platform this year.

When it comes to Nintendo exclusive titles, there’s simply nothing similar. With titles like Fire Emblem: Three Houses, Luigi’s Mansion 3, and another half-dozen in between releasing only on the Switch this year, that’s an impressive feat. Basically every other title has something in common with another game. From the sleuth of Mario related games to the handful of JRPGs, Marvel Ultimate Alliance 3 manages to stand out from the crowd.

A large part of this has to do with it not being Nintendo owned Intellectual property, or even a Japanese title in the first place. The western influence of the game is what puts it in a category of its own. With the Marvel craze as strong as ever, the acquisition of an exclusive sequel to an already very popular franchise is huge. But it also means that stylistically it manages to be unique as well.

The game is a top-down action RPG which shatters every niche requirement of a Nintendo made or published RPG in one sentence. It offers crazy combo action with a team of heroes from a large gallery.

Which brings us to the gameplay. Marvel Ultimate Alliance 3 brings more than two dozen characters together. Each one playing differently than the rest. They’re giving us all the big name characters, along with some more underappreciated heroes to play as, too. This means, first and foremost, that you’re able to play however you want to, and with a team of heroes that you actually care about.

Plus, the series just has a fun quality to it. It isn’t a very serious franchise. It doesn’t take itself too seriously. While the stories can go to darker places at times, typically you’ll find yourself fighting through hordes of enemies while utilizing all sorts of unique abilities to do so. And even pairing specific characters together can allow them to “synergize”—combining their abilities for epic combos. It’s the perfect love child of beat em ups and western RPGs.

The full title of the game is Marvel Ultimate Alliance 3: The Black Order. The Black Order is a group of elite warriors who work under cosmic villain, Thanos. We’ve seen them appear in the comics, and they were also in Avengers: Infinity War and Avengers: Endgame. If you’re not really a comic book fan, but you did love the MCU, then this a game worth looking into.

It doesn’t stop there, however. The game is bringing more cosmic-focused characters to the plate than ever before. With the Guardians of the Galaxy, Nova, Captain Marvel, and more. These characters are often forgotten in most instances, or their basis of being in space is forgotten. Instead of committing any of those grave errors, it puts these heroes and settings in the forefront of the game.

If Marvel Ultimate Alliance 3 wants to make a name for itself among the many die-hard fans of the first two games, then there’s a few things it needs to get right.

The first, is to modernize the game. We already have sleek comic book-esque art, which, despite it being met with some controversy, looks pretty great. But the game is also adding new gameplay mechanics. Putting a higher focus on creating combos between the team of heroes is a big one. By doing this, they create a higher level of play for the people experiencing the game. Instead of just mashing buttons, it puts a higher focus on timing things correctly, and working with your team.

Another biggie is the online multiplayer. Nailing this feature is a must. Historically, Nintendo tends to fudge up nearly every attempt to create a great online multiplayer experience. From the many issues that plagued Super Smash Bros: Ultimate, to the many fans who wish boards could be played online in Super Mario Party. Fortunately, we already know that four-player online multiplayer will be possible. But, there are a lot of issues that could present themselves that we don’t know about. From lag problems and server issues, to hypotheticals like being unable to play as characters you’ve unlocked if the host of the game hasn’t unlocked them yet. If the game avoids all this, it will have a major leg up on the previous games.

Finally, the biggest need this game has. If Marvel Ultimate Alliance 3 doesn’t give us Howard the Duck as a playable character, we riot. Howard has been teased endlessly in the MCU. I want him. No, I need him to be in the game. The duck needs to go home, and what better way to do that than with a game that has a cosmic focus?

Marvel Ultimate Alliance 3 is an incredibly unique Nintendo exclusive that comic book and movie fans alike should enjoy. It focuses on a setting rarely touched on in mainstream Marvel entertainment, while also having the potential to surpass the games that came before it. Unfortunately, all of this effort would be wasted if Team Ninja has forgotten to put Howard the Duck in the game.

What do you think of Marvel Ultimate Alliance 3? Will you be picking it up at all? Let us know in the comments below!