I’ve been involved with the world of video games since I was able to sit in my dad’s lap and watch him. Not long after that I started playing myself, and it’s been a naturally growing passion ever since. 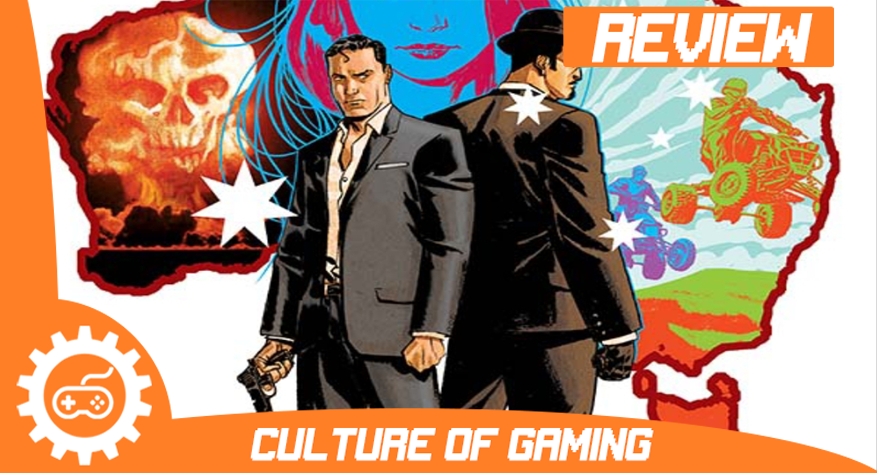 James Bond 007 #3 is set to release on January 30th, 2019. The issue pits Greg Pak on the writing, teamed up with Marc Laming on art. As it is with the rest of the series, the issue is being published by Dynamite. Dynamite has been releasing various James Bond oriented miniseries and one-shots for a while now, ranging from his Origin series to one-shots about side characters. Not all retain the same seal of quality, as Dynamite puts various levels of talent on the stories. Fortunately, this story is on the better side of their series.

This issue is an action-packed hunt for a uranium smuggler in the land down under. Not only must Agent 007 find the smuggler and retrieve the contents inside the suit case he carries. He must do so while avoiding killing the smuggler. While also fighting and competing against his rival John Lee.

Bond is his usual self in this series. A rule breaker, who will do whatever is necessary to complete the job. He does however suffer from an ego, that gets in the way as his rival distracts him from his mission.

The writing in general is good. The pacing is good, even when jumping from vastly different settings and tones. It isn’t a literary marvel, but it is effective. It gets the reader from start to finish, while giving them an enjoyable time.

Bond is snarky, Lee is aggressive, it creates a real conflict within the conflict of the story that draws the reader in. The ending is also a twist that complicates the story even further, adding new layers to the many preexisting conflicts. It was well done.

The artwork isn’t anything spectacular, but it is above average for the comic book medium. The rough grittiness of the art also pairs well with Bond. The inking also creates an atmosphere fitting for an action story.

The backgrounds are often quite beautiful as well. The starry skies in many scenes are aesthetically pleasing. They enhance the story in of itself. The more enjoyable the setting it is, the more enjoyable the overall experience is. This story would have been far more difficult to swallow with a less skilled artist.

The paneling is rather basic, but it doesn’t detract from the story any. It does what paneling normally does, which is just managing to take the story from point A to point B without being annoying.

The cover art is also nice. Using Australia as a background with images that foreshadow aspects of the story was a great idea. Makes you appreciate the cover more after finishing the issue even more than beforehand.

Should You Pick This Up?

If you’re a fan of James Bond, or spy thrillers, then yes. This series, and many of Dynamite’s other Bond series will appeal to you. Even if you’re unfamiliar with Bond, this series requires no background information to get into. This is a decent place to begin and may encourage you to check out his other stories.

It’s unlikely this issue will ever go up in value, so for collectors it isn’t worth looking into in that regard. If you collect Bond merchandise, then this is for you.

Overall, I wouldn’t recommend most people pick this issue up. Bond fans will enjoy it, spy/action fans will enjoy it. But with it being the 3rd issue in the series, unless you plan on investing in the first two issues, you might want to be cautious. While you’ll most likely enjoy the issue, you should begin at the start of the story arc.

The issue is good. It isn’t anything special, but is above the average quality seen in the comic book industry. James Bond fans will enjoy.