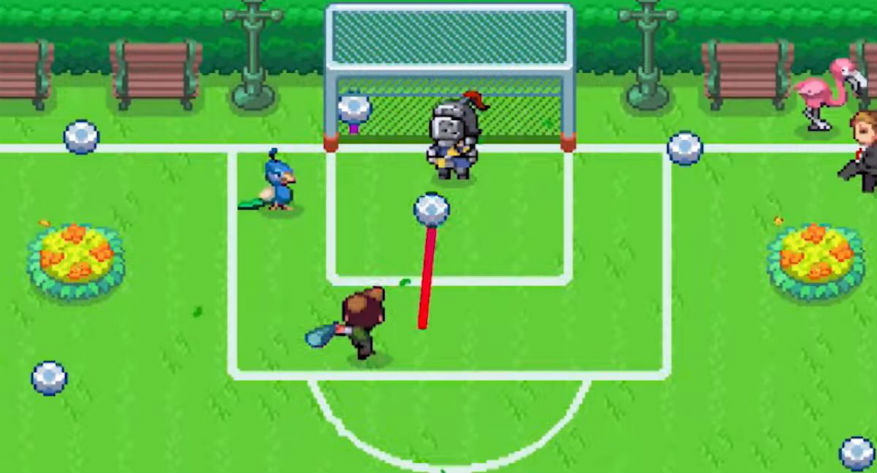 Nintendo just held its latest Indie World Showcase, which highlighted several indie titles coming to the Nintendo Switch. Among the reveals were several new games, along with a couple continuing entries to already beloved series. With just about something for every kind of video game enthusiast, let’s go over all the announcements covered through the live-stream.

The universally praised indie RPG Golf Story receives a sequel! Sports Story sets to bring everything that made its predecessor enjoyable, along with a myriad of new sports. From what we saw, it seems that the list will include golf, tennis, and soccer at least. The game won’t just focus on sports, as new features such as minigames and dungeons will also make an appearance. Sports Story launches as a Nintendo Switch exclusive in mid-2020

A new trailer for the upcoming Streets of Rage 4 introduced a new character Adam Hunter, while also showing off more gameplay. The latest entry in the iconic beat em up seems to modernize the series in a beautiful fashion. Streets of Rage 4 will release on Nintendo Switch in the first half of 2020.

D3Publisher showed off its newest title Gleamlight, which sets to eliminate the use of any UI. In it, player will become a sword battle enemies with the help of some children. With the stain-glass art style, the game gives off metroidvania elements similar to Hollow Knight. Gleamlight sets to release in early 2020 for the Nintendo Switch.

A party game with an apt name, Bake’n Switch has four players take part in brawler-style gameplay while attempting to bake your way through various levels with unique mechanics. If you enjoy titles like the Overcooked, then this title seems to hit that same itch. Bake’n Switch has a current release date of summer 2020.

Have you ever been interested in game design? Have you ever wondered what two game genres would look like if they combined into one game? Supermash could be the game for you. Here, players can select two different genres and put them together to create a unique game, such as a platforming JRPG or an action-adventure shoot em up. Player can also collect DEV cards received from different game combinations and share them with friends. Supermash currently is set to release in May 2020.

We all have had dreams to sail the seas as a pirate at some point, right? Well, Sail Forth helps bring that dream to reality. This action game has you man your own ship as you brave through the harsh seas and face off against enemies, monsters, and other ships. As you travel through the game’s procedurally generated map, you will also be able to customize your ship down to the color, weapons, and more. Sail Forth comes aboard on the Switch in 2020.

The Monster Hunter-esque free-to-play game Dauntless has existed on other platforms for quite some time, but it has finally arrived on the Nintendo Switch. This version of the game includes cross-play and cross-progression, meaning that anyone who has an existing account can play on different systems from their last save point. The port also comes with new content, including Switch-exclusive armor and the new Escalation hunt mode. Dauntless is available now and free to download on the Nintendo Switch.

Murder by Numbers combines murder mystery with puzzle gameplay to create a visual novel game that stars a colorful class of characters. With music from members of the Ace Attorney series and art from the developers of Hatoful Boyfriend, this title seems to have the pedigree to attract both detective and Picross fans. Murder by Numbers will come to the Nintendo Switch as a timed exclusive in early 2020.

The quirky shooter Oddworld: Stranger’s Wrath enters the Nintendo Switch in full HD. Set in the Oddworld universe, players control a bounty hunter named Stranger as he takes on enemies and collects cash rewards. Equipped with a special weapon that uses live creatures as ammo, this game has its own flare that could fit right at home with Nintendo Fans. Oddworld: Stranger’s Wrath HD will arrive on the Nintendo Switch in January 2020, with preorders now open.

Skateboarding just got a lot cuter with SkateBird rolling onto the Switch. Here you play as a small, adorable bird and ride around a skate park made up of different inanimate objects like paperclips and pencils. You can also assist other birds located around the park and earn more hats and accessories for your little bird friend. SkateBird has a planned release window of late 2020.

Liberated seems to take cyberpunk and comic book elements and merge them with the visual novel genre to create an interesting game. In a world where the government has complete control, you will experience the tale that unfolds through multiple perspectives. This will likely make you question who is right or wrong in their motives. Liberated will release on the Switch as a timed exclusive in 2020.

Most wouldn’t expect a dungeon crawler/dating simulator crossover to ever come to fruition; enter Boyfriend Dungeon. This title has you go through a series of different dungeon-based levels with your trusty weapons… who also happen to be your potential significant others. That’s right, each weapon you use can transform into a possible boyfriend for you to court. Each boyfriend/weapon also comes with its own set of stats and abilities that can aid you throughout the game. Boyfriend Dungeon will arrive on the Nintendo Switch in 2020.

Dreamscaper uses the idea of dreams and the outside world that influences them to create a brawler/dungeon crawler that has you explore levels that differ each time you go to sleep. Along with that, the actions you take and the friendships you forge during the awakened portion of the game can alter the levels you experience in your dreams. Dreamscaper will come during early 2020 on the Nintendo Switch as a timed exclusive.

Team17, the team behind The Escapist, has a brand new experience for you set within the same universe. Stranded on an island, players can craft, create, and train monkeys in order to survive for as long as possible. Players can play either solo or co-op with up to three friends in local or online. The Survivalists launches in 2020.

Do you remember Axiom Verge, that ever-popular indie metroidvania created solely by a single man? Well, developer Tom Happ appeared at the end of the Indie World Showcase to reveal that he has been hard at work developing Axiom Verge 2. Not much was shown of the game itself, but we did get to see some gameplay that seems to work similarly to the original game. Axiom Verge 2 will release sometime in fall 2020.

What was your favorite part of the Indie World Showcase? Let us know in the comments below! For more of our lovely content, check out our articles on the most anticipated games of 2020 and our review of Stardew Valley three years later. Otherwise, keep it on Culture of Gaming for all things gaming!