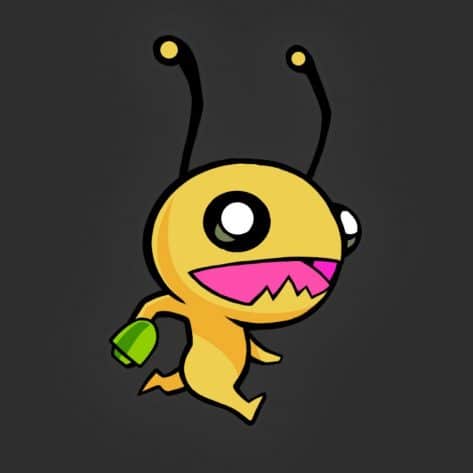 It’s easy as a gamer to get caught up in the triple A spectacle. All the high production values, the glitz and the sparkle that big companies can provide. It’s easy to forget the little guy. Now you might be thinking. You mean indie games right? Not this time. Today, we are talking flash games.

A type of game that paved the way for indie developers and mobile games. Games that were free to play and at your disposal provided you had an Internet connection. Games that were the bane of any IT teachers existance.

These titles, much like the mobile games that litter our phone screens, could vary wildly. You got have games that held your attention for mere minutes. Perhaps games that offered a wealth of story and depth otherwise reserved for console platforms. Or games that offered so little but were just too damn addictive to set down.

What I’m getting at here is that flash games are the grandad to your mobile apps. For every New Star Soccer, there was a Jumpers For Goalposts. For every Candy Crush Saga, there was a Bewleweled. You get the picture. So in their honor. Here are five of the most iconic flash games to grace our screens.

Remember when I said that some games offered so little, yet had you hooked for hours. Well, this one epitomises just that. Kitten Cannon is a procedurally generated game where you angle a cannon which shoots out a kitty. Then once you select your power, out pops your helpless little pal hurtling through the sky.

The objective is to make the cat go as far as possible. To aid you there are bombs, trampolines and dynamite to propel the kitty further. Though there are also venus flytrap plants and spikes to stop your cat dead in its tracks. Ultimately you’ll lose interst in this one pretty quickly when the novelty of launching a cat out of a cannon fades. However for those initial moments, it’s worth checking out.

From first impressions, this one may not strike you as a classic. However despite being completely text based, this one can offer a quality way to kill some time. With a run time of about 3-4 hours, A Dark Room fills this with resource building and survival aspects.

Players are tasked with building communities, growing them from scratch. They will have to leave their camps to scavange for resources, trade with merchants and will have to fight the terrors that await outside the camps walls. This starts with medievils means but by the end, players will be flying spaceships, avoiding asteroids and racing towards the end game in style.

If you have a few hours and want to give this one a go. We would highly recommend it. Even boot it up in work and run it in the background browser window. Not that we would endorse that sort of thing. Or download it on your phone if you’re not too worried about the authenticity of the experience. You can download it here.

I’m sure many of you will be aware of Head ball. A 2D mobile football game where the goal is to head or kick the ball to score. However, way back in 2004 this game existed in its infancy. Without the glamour or the Polish of today. In soccer slime the premise remains the same. However, you aren’t a big head, you can’t kick the ball. You are simply a blob.

This game doesn’t look like much. Though thanks to its fun gameplay and multiplayer faculty. This game offers hours of fun for you and a pal. Plus you can play World Cup tournements against the AI. By today’s lofty standards its not exactly setting the gaming world alight. Though if you want a history lesson. Check this one out.

4. This Is The Only Level

If you’re looking for something meta, obtusely frustrating yet surprisingly fun, then look no further. This iconic little gem gave us an experience ahead of its time. It would offer just one level. However the games mixes it up with new puzzles, challenges and mechanics to bamboozle and confuse the player. You would control a little elephant, aiming to guide them towards the big red button.

This is the only level’s puzzles would often be ludicrously obtuse and controls schemes would change frequently without warning. Meaning if you were able to beat a level, you would be the envy of those who couldn’t. Even if you didn’t quite know how you managed it. It’s a weird but wonderful piece of gaming history. I urge you to go check it out. Just prepare to be frustrated.

A close contender and similar type of game 3D missile just missed out. However it’s helicopter game that takes the coveted spot. This is a game that requires the player to use only the mouse to guide the helicopter through a procedurally generated maze. Touch the green and it’s back to square one.

Although not the most inspired or complex of ideas. Helicopter game is easily one of the most addictive games of its ilk around. You’ll find yourself sinking hours into this one. Even if it is only to beat your own high score. If you’re killing some time and need some mindless fun, give this one a go.

Now we have all heard on the Trials series that tasks players will platforming on a motorbike. Yet this was something we seen in the form of a flash game before. This was through Max Dirt Bike. A 2D biking platformer that paved the way.

It’s not quite as elaborate as the Trials series but offers a good imitation. If you’re looking for a budget biking series then look no further.

You’ll have probably seen a version of this one in your time online. Available in the form of an app. Plus with various sequels available, this one is flash game royalty. In this title you get up monkey based defences to pop balloons. Simple.

This can range from boomerang monkeys, mortar monkeys, bomber monkeys or the prestigious super monkey. This surprisingly gets quite tactical and has varying levels of difficulty. If you’ve somehow missed this one, donate your time to some monkey Mayhem. Also if you enjoy tower defence based games, also check out Kingdom Rush.

Picture the scene. You’re a little penguin chilling your tootsies off in Antarctica. Or Shiverpool if we are thinking animated penguins. Yes that was a Surf’s Up reference. You have always had issue with your lack of flying ability. Devastated with your need for land based travel. So you take matters into your own hands and learn to fly.

This flash games sees you working tirelessly to make your little penguin more aerodynamic, fast and better equipped with a paraglider of their dreams. All with the goal of flying as far as possible. It’s a novel and wholesome little title which will eat away hours of your time before you know it. Go on, get flying.

This one does feel like cheating a little bit to finish off this list. This is because it went on to feature on platforms such as the PS2, Gamecube and GBA. However it started as a notoriously challenging flash game back in 2002.

It’s hardly surprising that this beautifully made run and gun shooter became more professionally made. It was initially of such a high standard. Boasting a polished and unique art style. Brutal alien decapitations. Plus fantastic gameplay. If you haven’t played this one. Check it out online or dust off one off your old generation six consoles.

So that’s our list of iconic flash games. Did you play any of these classics? Are there any that we missed? Is there still a market out there for flash games today? Let us know in the comments. Also if you like our content, why not look at our lists on underrated current gen titles. Or perhaps a more substantial read with a UX researchers review of Final Fantasy VII. I’m callum and thank you for reading COG!