I Grew Up on Nintendo Saturday Morning Cartoons 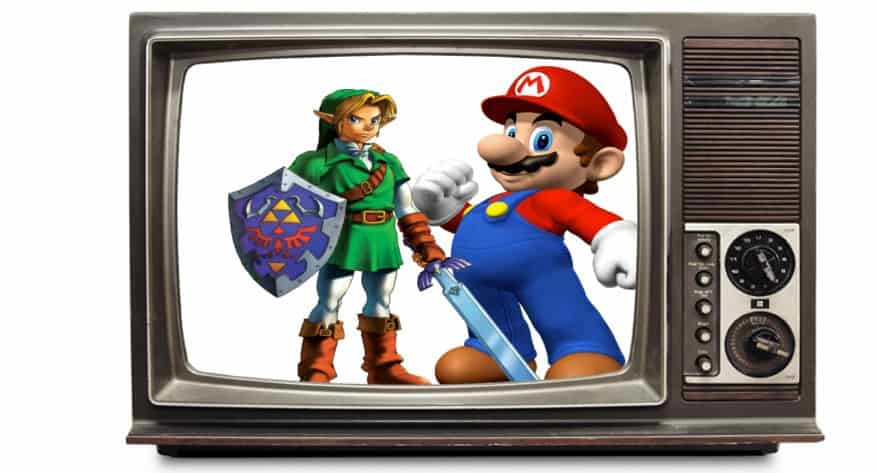 I was born at the cusp of the end of an era.  Right at the end of the 80s, in 1987 I came into the world.  It was a time where the Nintendo Entertainment System was in the height of its popularity.  It was also a beautiful era of Saturday morning cartoons that would rule the screen in the household.  Teenage Mutant Ninja Turtles and Duck Tales were just coming out that year.  I would grow up on Saturday morning cartoons in years to come.  As a gamer, even in my early years, I craved more video game material.  Thus, I was raised on a series of cartoons based on Nintendo properties.  For better, or worse, this was my upbringing.

It was a beautiful time of simple video games that were entertaining none the less.  A time of feeling great to wake up as early as you could on a Saturday morning, just to catch every show.  However, I grew up closer to the early 90s and was greeted each morning by Darkwing Duck and the likes of TaleSpin.  These shows were what would keep me occupied early in the morning while my parents would still snooze.  This was the way I loved it, I was a loner by nature, thriving when alone, Saturday morning was my time.

As I mentioned before I was always craving more gaming content, and it would be many years before I would come across the masterpieces that are Pokemon the game and animated show.  So what was I to do in these times when I wanted video game television shows?

I have an older brother, he grew up in the age of G.I. Joe and He-Man and the Masters of the Universe.  What my older brother also had, was the Nintendo shows of the late 80s, and some of them he had on VHS.

I would dig through the drawer of VHS tapes in the entertainment center my carpenter father built and dig out the tapes.  The Super Mario Bros Super Show etched across the cheap and flimsy cardboard container for the VHS tape.  Not only was there a Super Mario Bros television show, but there too was a Legend of Zelda television show.  However, this one was vastly different than what we know as Legend of Zelda today.

Link in the Legend of Zelda cartoon is…questionable in his approach to when it comes to Princess Zelda.  He is rude, brash and more of a comical character than the silent and serious Link we have come to know.  Zelda was more Shiek than damsel in distress and fought just as hard as Link.  The Ganon on the show was the one from Legend of Zelda (NES) and A Link to the Past (SNES).  A pig man who summoned other pig men to do battle against a young man.  Another major difference was the Tri-Force only had two pieces instead of the three.

HOOKED ON THE BROTHERS

The Super Mario Bros Super Show was what I kinda watched but was not as into as the Legend of Zelda cartoon.  It featured live-action segments with two actors trying to pull off their best Mario and Luigi.  It is like two middle-aged men in cosplay, it is as disturbing as it sounds.  Accompanying the live action were animated segments which featured a truer to form Mario taking on a strange all Green King Koopa.

The animation portion was awesome, while the live action was strange and out of place.  The live actors placed out Mario and Luigi as just plumbers living in Brooklyn.  They would have celebrity guests and go through all sorts of hi-jinx.  My young mind craved this show however and I loved everything about it.

Although I only had a handful of episodes on VHS for these two shows, I used to watch them over and over.  I ate it up and I think that today, that goofy Saturday Morning Cartoons mentality is still with me.  I feel it influences how I act and raise my children.  I’m a huge goofball that still can play with toys and watch cartoons.  Recently my seven-year-old and I began to watch The Super Mario Bros Super Show.  I was filled with cringe, and yet some delight watching the show. My seven-year-old, whose viewing habits only include prank videos on YouTube, felt the show was not to her liking.  She has since returned to her prank videos.

If you are into all things Nintendo, specifically Mario and Zelda, check out the article I did on upcoming movie adaptations for video games that include Mario, HERE. Also is Zelda is your thing, check out another great Culture of Gaming author’s work on the future of The Legend of Zelda HERE.

Also, if you love video game television shows, the guys over at DHX Media have a Mega Man show!

Top 10 slots that will be popular next year