When you’re playing traditional single-player games, you’re up against artificial intelligence and/or physics engines. Those can be challenging but they’re still not as difficult as the human dynamics involved in massively multiplayer online games. If you want to succeed in these then it helps to understand the theory and practice of the prisoner’s dilemma.

The basics of the prisoner’s dilemma

The original version of the prisoner’s dilemma involves two prisoners in different rooms, unable to communicate with each other. Each knows that if they confess and the other doesn’t, they will get a heavy prison sentence. If both confess, then they will each get a moderate prison sentence.

The importance of the prisoner’s dilemma

The reason why the prisoner’s dilemma has become so famous is that it encapsulates the conflict between cooperation and competition. It also provides a loose framework for resolving the challenge it poses. This starts with math but, in the real world (and the world of MMOGs) it generally needs to be fine-tuned with experience and judgment.

Mathematically, you need to work out the various possible outcomes and what they mean in terms of benefits and drawbacks. This is generally fairly easy when there are only a couple of people involved. Once the numbers go up, however, even the mathematical side of the prisoner’s dilemma can become a challenge.

Fortunately, one of the benefits of video games is that you don’t usually have to get into eye-watering levels of maths. There are generally ways to break down decisions into more manageable pieces. For example, if your goal is to make your own country then you start with a small bit of land and build it up from there.

This is also a good strategy in real life, although in the real world it isn’t always possible. The reason why it’s so good is that it helps to clear a lot of mental “breathing space”. This helps a lot when you’re focusing on the other aspects of the prisoner’s dilemma.

Photo by JESHOOTS.com from Pexels

The original prisoner’s dilemma was based on the assumption that the prisoners had to make their decision not just in isolation but in a bubble. In other words, they did not know each other and would never see each other again. This meant that the only repercussions would be the repercussions from the decision they took about whether or not to confess.

These situations do crop up in strategy games. They tend to happen most often when you’re new to a game. You don’t know the other players. This means that your decision to cooperate or compete has to be based largely, if not totally, on maths.

Once you get into the game, however, you’ll start to interact with some of the other players more regularly. This can significantly change the dynamics of the prisoner’s dilemma. Firstly, it allows you to get a feel for who’s more inclined to be cooperative versus who’s more inclined to be competitive. Secondly, it allows scope for people to feel the repercussions of their decisions.

The basic strategy for the iterative prisoner’s dilemma

Unless you have strong reason to believe that you’re dealing with a malicious player, always start by being nice. Cooperation is generally the easiest option for everyone and you’ll probably find that most players will go along with it most of the time.

Be reasonable when you’re dealing with them. Divide up gains fairly. That doesn’t necessarily mean you both get an equal half. It means that each person should get a share that accurately reflects their contribution.

If the other player double-crosses you, retaliate most of the time but forgive some of the time. In general, according to maths, you want to forgive about 5%-10% of the time and retaliate the rest of the time. If you always forgive, you will make yourself a soft target. If, however, you never forgive them you can end up in a resource-consuming spiral of retaliation.

Fine-tuning your approach to the prisoner’s dilemma

Most games need to put their players under some form of time pressure. This is what forces them to play rather than to just sit on the sidelines (which might otherwise be the best strategy). As a result, with some MMOs at least, there are going to be times when you’re just going to have to take decisions quickly with very limited information. Math is your friend here.

When you do have time on your side, however, use it wisely. Get to know other players and try to figure out their motives, goals, and overall approach to the game. Get on good terms with as many players as you can. If you’re in an MMO where that’s not really an option, at least try to avoid going out of your way to annoy people.

If at all possible, try to get to know people on simple/unimportant missions. Use these as a baseline to figure out whether or not you are happy to rely on them for support when you really need it. 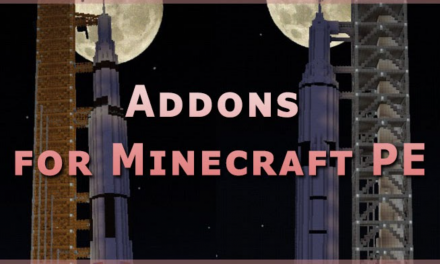