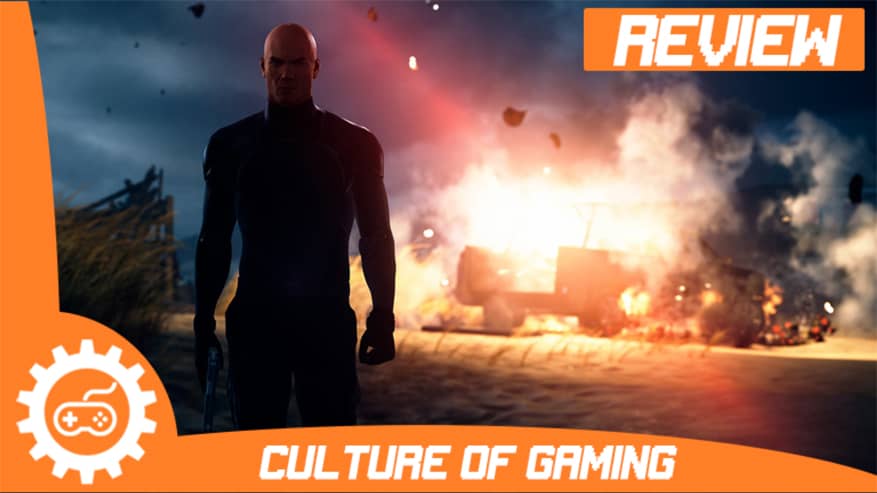 Hitman 2: Silent Assassin for the PC is one of my top games of all-time. Although the first installment caught my attention, it was the sequel that immediately made the Hitman franchise one of my favourites for years to come. The imaginative contracts, missions which all culminate in a John Woo-like shootout in an Italian church were astounding.

At the heart of the series is the mysterious Agent 47, an emotionless, covert assassin who is capable of swapping identities like snakes shed their skin and making his contracted eliminations look like accidents. His identity and appearance unknown to the general public, law enforcement agencies and the bad guys, the anti-hero is a phantom removing war-mongering generals, pedophiles, mob bosses and all sorts of evil from the face of the Earth, for a price.

A barcode tattooed on the back of his neck, Agent 47 is genetically-enhanced clone who knows little about his background…until now. Hitman 2, the second installment to be published by Warner Bros. Interactive Entertainment, explores Agent 47 missing memory, including a key moment which may change the series forever.

With his trusty ICA (The International Contract Agency) handler Diana guiding him along once again, Agent 47 is on the hunt for the Shadow Client, an enemy who is as enigmatic as he is. Nobody knows who he is or what he looks like. He is the perfect mirror image of Agent 47 himself.

The Shadow Client and his minions are waging a war against Providence, an ancient cabal of shadowy decision-makers who have controlled much of the world and its history since forever and a day.

From a mountain-top mansion in New Zealand to a F1 race in Miami to remote Colombian village, Agent 47 travels the globe in six missions. The missions themselves contain more than one target usually in more than one distinct location on the largest maps I have ever seen in a Hitman game. For example, in the Colombian Three-headed Serpent mission, there is the village itself, two mansions, a drug production facility and three targets to take out in various ways. Three-headed Serpent is like playing through three levels in one. So, even though there are six missions, the fact that there are multiple targets in multiple locations makes each level their own little open world.

The real attraction, calling card of any Hitman game is that there are multiple solutions to the multiple problems you are presented with. You can be stealthy. You can be direct. You can be hands-on or you can rig elaborate accidents to assassinate your targets. You can sneak in as a servant and poison a Mumbai mob boss or you can sniper her from the roof of her headquarters. You can strangle a Providence leader when she is alone or you can push her into an iron maiden torture device to settle the contract. The choice is yours to make but you will lose points for not being a whisper in the wind as per the Agent 47 character. You will be dinged for allowing yourself to be filmed on security cameras and not erasing the footage or for killing people who are not your assigned targets.

Each level and therefore each target can have one or more plotlines revolving around them. You can discover these angles by listening to conversations or finding key pieces of evidence. If you choose to follow them, these plotlines put you on a more direct path to you goal or if you crave a challenge, you can ignore the plotlines and find, plot your own path to victory. One thing you will want to do is save and save often as you will want to test out strategies before you fully commit to them. Do you wait to see if the guards will leave your target alone or do you pop and run? Can you open that door with your electronic lock pick or are you better off locating the key? Hitman puzzles are a trial and error extravaganza.

Speaking of lock picks, it is wise to equip yours for every single mission. While other devices and weapons are available in the planning stages of each operation, the lock pick is a must on every mission based on how many important but secure areas there are in every location in Hitman 2. Just makes sure the coast is clear before you start jimmying otherwise you could raise suspicion which could lead to an unpleasant end to your adventure.

The disguises work very much the same as they always have as do the distractions. If you are a veteran of the series you will notice key distraction hallmarks such as generators to switch off, faucets to overflow and plenty of machines, equipment to sabotage and have the enemy rushing off on wild goose chases. I found the distractions though to be easy to locate and puzzle out so they aren’t much of a challenge any longer. On one hand, it is nice to come across some familiarity in a chaotic situation but on the other, you never want a Hitman mission to be too predictable.

Hitman has always been known for its dark humour and Hitman 2 doesn’t disappoint. You can take out your target in a goofy mascot costume. You can trigger the release on a hoist or a lift to drop on car on some unsuspecting mechanics. Likewise, you can fiddle with and drop a gigantic statue, some stone gargoyles on your prey. You will even disguise yourself as a tattoo artist and give your victim a permanent inking session. The Road Runner and Coyote style of humour is not for everyone but for those who have a twisted sense of humour; Hitman 2 will have you chuckling.

Outside of the campaign, you test your patience and accuracy with Sniper Assassin mode in which you must shoot and kill multiple targets from a stationary location or sniper’s nest. There is specialized ammo to use which blasts through walls or can cause concussive blasts. While it would be better if it was more fully developed, Sniper Assassin is a great distraction. Elusive Targets and player-created missions have also returned with Hitman 2 giving trigger happy hitmen more options. Elusive Targets are scenarios which are only available for a limited time and the player-created missions can be challenging but only if you find the right one to play through. I found that there are many which are only slight variations on those which already exist and don’t stray too far away from the provided templates. A lot of the player-created missions are unfortunately too much like the original missions, which is a real downer.

Hitman 2 is another substantial entry in the franchise that plot-wise is becoming very intriguing to say the least with the twists this chapter introduces. There is no real major changes to the gameplay or the mechanics, which is a probably a good thing considering IO Interactive has the formula on lock and has for many years. With all the plotlines, ways to solve all of the contracts and new content arriving soon, the replayability factor is off the chart. Plus, the first Elusive Contract is Sean Bean himself. How often you can execute a hit on Boromir in The Lord of the Rings, Alec Trevelyan from Goldeneye, Chris Da Silva from Silent Hill or Eddard “Ned” Stark from Game of Thrones all in one go? The Starks will endure? Not if Agent 47 has anything to say about it.

THE GOOD
Massive replayability
The Agent 47 plot takes some unexpected twists.
Lots of laughs
Huge maps with tons to explore
Most scenarios have multiple targets