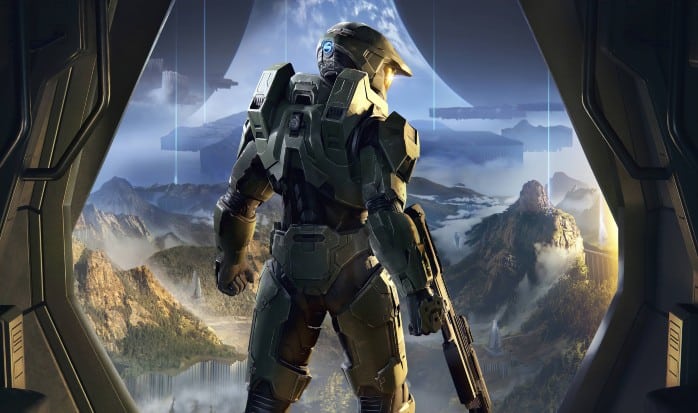 A new set of Mega Bloks toys themed around the upcoming Halo Infinite have recently surfaced, with certain figures revealing possible plot points from the game.

*Potential Halo Infinite spoilers ahead. Please continue at your own risk.*

Almost immediately after its debut, fans began to notices something peculiar about one of the figures within the set. This particularly brutish-looking character seems to have Jameson Locke’s helmet attached to its shoulder. Locke was a main protagonist in Halo 5: Guardians who were supposedly still alive by the end of the game. However, this figure may suggest that something happens to Locke before or during the events of Halo Infinite.

At this time, the Mega Construx Halo site that initially posted the images of the set has taken down all images for maintenance. Luckily, Eurogamer managed to obtain more images and details beforehand. According to the report, the enemy with Locke’s helmet is named Hyperious and could potentially have been the voice heard within the latest Halo Infinite teaser. Other interesting finds include a new vehicle called a Skiff and a Pelican playset featuring both John 117 and the pilot that rebooted him in last year’s E3 trailer.

Do you think this set spoils anything for Halo infinite? Let us know in the comments! For more news, check out the newest additions to Game Pass and the possible tease of a Death Stranding sequel. Otherwise, keep it on Culture of Gaming for all things gaming!