Guilty Gear -STRIVE-: The Next Era of Fighting Games 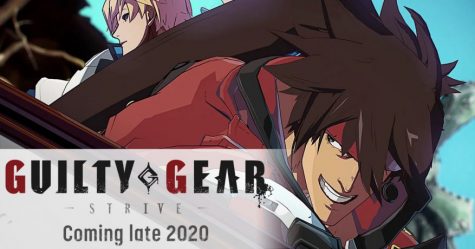 The Things We Need In Fighting Games

The fighting game community has been looking for a game to deliver on all fronts for a long time. A few have come close, but none have managed to truly succeed. There are mechanics and infrastructure that we always hope to see present in fighting games. However, these expectations should be a realistic standard for every fighting game going forward. Fighting games need a strong lobby system, rollback netcode, minimal downtime between matches, interesting characters and mechanics, and cross play.

Previous Guilty Gear games like Xrd had a decent lobby system. It allowed players to spectate other matches or go into training mode while waiting for a match. It also had a great aesthetic that resembled old arcades, where your little character would go sit at an arcade cabinet next to another online player.

I think we can reasonably expect this type of lobby system to return with some improvements or adjustments. And that’s a good thing.

Something that has absolutely plagued modern fighting games is the downtime between matches. Developers haven’t quite been able to get this part right. Hopefully, we’ll see some improvements in -STRIVE-.

In most fighting games, players often load up a match, play the match out, then reload the training mode or menus, search for another match, wait to find another player, and finally load up another match. You end up spending more time in-between games than you do actually playing the game. Once I conclude a match, the game should already be looking for my next opponent. I admit I’m not a game developer, but there has to be an elegant solution to this problem. Bottom line is, as we roll into next gen we need to spend less time waiting for a match and more time being in one.

This is another area where I feel developers are somewhat missing the mark. They often feel the need to dumb down gameplay mechanics because fighting games are too hard to draw in casual audiences. This is not entirely true. There does need to be some degree of basic accessibility, but there also needs to be plenty of depth for the long time veterans of the genre. After all, your hardcore audience is the one that will keep the game alive, so it’s imperative to remember what they want out of the game.

This was a problem that hit Street Fighter V hard at launch (among many other issues). Dragon Ball FighterZ also dealt with some gripes about casualization of the game, as did Granblue Fantasy: Versus. These games are still good, but they definitely faced concerns about being too simplified. Guilty Gear is facing similar criticisms, but the more that gets revealed about the game, the more promising the mechanics look.

Another major selling point for many fighting games are their character rosters. Why did Smash Ultimate do so well? It had literally everyone and everything. So, why do we still accept games that come with such small character rosters? Some studios are small and have limited resources, but others appear to simply lack the effort. It’s important to have not only ample character choices, but to include fan-favorite characters that return from previous entries. This was another area where Street Fighter V was a huge offender, as was Marvel vs. Capcom: Infinite. (I’m looking at you for a lot of these, Capcom.)

At the end of the day, fans want to play characters they love and this is what developers need to deliver on to appeal to casuals and veterans alike. Guilty Gear has a strong chance to win big here, as Arc System Works just confirmed the last two legacy characters.

This is the big one. The grand daddy of them all. The mother lode. The absolute most important thing fighting games need to be successful, especially in western markets. Netcode and crossplay need to be standard features in future games. They may seem like unreasonable expectations in the current market, but this needs to be the gold standard in fighting games.

First off, netcode needs to be prioritized to make online play a smooth and enjoyable experience. This is already a solved problem, but not every developer is willing to take it on. Rollback netcode is essential for online fighting games. Killer Instinct is probably the best example of this and had excellent online play due to its rollback netcode. Luckily, some developers are starting to come around. Capcom implemented a poor attempt with SFV but cleaned it up for MVCI. However, series creator Daisuke dropped a bomb on the community with the announcement that GG -STRIVE- would have rollback netcode. Fighting game fans rejoiced everywhere, because this could help set the standard for fighting game netcode.

Secondly, crossplay needs to happen — and this isn’t actually specific to fighting games. Let players play on the platforms of their choice. I like to play on PC. My best friend plays on his PS4. A whole different group plays on Xbox. It would be great for the community if we could all still play together. This one is still farfetched, but GG -STRIVE- has a real opportunity to blow everyone away if they can implement crossplay for at least PC and PS4. Even Capcom managed this for Street Fighter V.

To wrap this all up, Guilty Gear -STRIVE- is starting to check off all of these boxes, and has the potential to make big waves in the FGC. GG always has interesting characters and mechanics, and all of the legacy characters are confirmed. The lobby system is good, and now we have the massive announcement of rollback netcode in the game. If the game manageseto support crossplay, it will further cement itself as the new standard for other fighting game developers to match. I am beyond excited for this and there is only one other upcoming game that could deliver on these promises. League of Legends Project L… I’m looking at you.

Guilty Gear -STRIVE- is slated for release in late 2020 and has a current sign up for the closed beta test. Give this a chance even if fighting games aren’t quite your thing. You just might discover you have that passion for competition.