Are Sonic Games Good or Bad?

Sonic The Hedgehog has always struggled in his move to 3D. That isn’t to say that it’s easy though. Many franchises have proved time and time again, this change can be one that sinks an otherwise stable ship. Since the first (truly) 3D Sonic game – Sonic Adventure – hit the Dreamcast in 1998 the blue blur has been coming at us to… mixed success. Not all Sonic games have been bad, but the reputation of these titles tells a different story.

With that said, today on Culture of Gaming I want to take a look at 3D Sonic, as there’s a lot too like. Not just in terms of games, but certain carry-overs through the years too! His internet image may be one of negativity, but I don’t think that’s entirely realistic. So come along as I look into if Sonic games are good or bad.

What Works About Sonic games?

To Sonic Team’s credit, one thing Sonic games constantly do is reinvent themselves. These reinventions usually fall on two sides  of an ever-moving see-saw. Sonic is either unbearably bad or astoundingly good. Or at least this is what most of the internet would have you believe. The Sonic franchise actually does an awful lot, often, that really works. Granted these factors I’m about to list are often overshadowed by unpolished and badly acted gameplay hellscape’s.

Let’s see just what Sonic games can do.

What Sonic game (especially the modern ones) is complete without some great tunes? None I say! This isn’t easy for me to admit, because a lot of the Sonic games music is, cheesy at best. However, the music crafted by the likes of Crush 40, Ted Poley, and even Bowling for Soup is all iconic. Actually you know what? I’m not afraid to admit that. Sonic’s music is amazing! There I said it.

Arguably the most famous song to come from any Sonic game is ‘Escape From The City’ by Crush 40‘s Jun Senoue and Ted Poley. Tell you what, I’ll just show you.

Did you feel that? That was the biggest grin you’ll ever have, slowly creeping across your face. I won’t sit here and pretend that the level ‘City Escape’, or even the song, are individual masterpieces. But together they create this perfect storm, a perfect moment. Every time you hear that baseline you can just image Sonic’s board dropping onto the ground, in tandem with the start of the song.

Now Sonic Heroes is a buggy, unpolished mess. It’s easy to see that after you play the first level. You know what isn’t unpolished though? Almost the entire soundtrack!

Would this work in literally any other context? 100% no! But here, if you take it as it is, the Sonic Heroes theme is actually great. On top of that the entire soundtrack has some bangers. Seaside Hill, Ocean Palace, Grand Metropolis. These are all great tunes in their own right.

Of course not all of the music from Sonic games is good, a lot of Shadow the Hedgehog’s music is akin to Linkin Park in the worst way possible. With that said, if you want a magnum opus of Sonic’s music check out the soundtrack to Sonic Generations. It does an incredible job of bringing the best tunes together in one place.

Sonic games are all about going fast, that should come as a surprise to no-one. Contrary to what many may tell you, a lot of 3D Sonic games are really quite good at it. When Sonic Unleashed introduced the Boost mechanic back in 2008 it seemed that Sonic Team had figured out an interesting way to maintain and give speed in a 3D space. Combine this with a quick step move and the integration of 2D and 3D segments into levels, and you’ve got something that’s actually pretty good.

Of course it hasn’t always been great, but the fact that Sonic has kept this style around since 2008 shows that it works. Many like to tear down every Sonic game because of one thing or another, but these 3D additions have made gameplay actually decent.

Despite the missteps, Sonic games have had constant reinventions. Sonic Adventure giving you multiple characters, Sonic Adventure 2 having heroes and villains playable, Sonic Heroes seeing you play as a team. The list goes on!

Now not all of these ideas have lasted, either because they didn’t work – I’m looking at you, Werehog – or just because Sonic Team moved on to the next best thing. But look at Sonic Generations, it brought back Classic Sonic and he’s stuck around in one form or another since. Sonic Colours introduced the Wisps, aliens disguised as power up mechanics. A lot of these ideas have stuck around, and that’s because they’re good!

So to all you people who write off Sonic games, stop. Yeah they don’t have a great track record, heck even most of the games themselves aren’t that good. But if you go looking, you can find some absolute hidden gems inside these games.

What Doesn’t Work About Sonic games?

Wooooooooo boy, as much as I’ve been defending Sonic, sometimes he just can’t help himself can he? A lot of what I’m about to criticise comes from a place of love and ironic enjoyment, but still, some things about Sonic games are just bad aren’t they? Like… real bad.

Early 2000s Sonic games voice acting is absolutely abysmal. Luckily for the internet however, it’s so bad it’s good. I’m not saying that makes it okay, but I am saying it makes it entertaining. Just look at this scene from Sonic Adventure 2.

To think I was singing the games praises earlier. Not only is the voice acting awful in this scene (and most of the game), but Sonic also cuts of Shadow mid sentence! What’s up with that? As I said though, a lot of this voice acting is so bad it’s good. Of course Sonic Team didn’t intend for this, but hiring who ever they hired on the VA and localisation team’s gave us some golden moments.

Honestly I’m struggling to tell you which ones you really need to see. Anything Big the Cat related is worth a look, but even then, everyone has their own favourite worst lines from playing these games.

Actually one of my personal favourites is anything Tails related. Check this out:

Now just image all these examples, except they last an entire series of Sonic games. Tough right?

“Just Buff it Out”

Most Sonic games are an unpolished mess. Sonic Adventure, Sonic Adventure 2, Sonic Boom, Sonic ’06 to name a few. Sadly Sonic Team and SEGA (more SEGA on this one) just couldn’t learn. If Sonic ’06 was going to come out as quick as possible on Xbox 360, it was getting pushed out the door. It seems sometimes they just can’t get it right. Sonic Adventure on the Dreamcast has wildly strange mouth movements, characters jogging on the spot, and the jankiest gameplay you’ve ever seen.

I hear you though, “it was mainly SEGA’s fault” and “blame it on the hardware” – I can do that once. But when it happens to Sonic games on many different consoles over the course of almost 16 years it can’t really be justified. When a Sonic game is that bad on multiple occasions you’re just left to wonder, is it worth it?

DidYouKnowGaming even did 2 videos on all the different Sonic glitches, just, c’mon SEGA.

This has caused a bit of a Mandela effect, as now when anyone hears Sonic they automatically assume all the games are bad. Categorically though this just isn’t true. Despite everything I’ve said here there is still a lot to love about Sonic. But when Youtube, Reddit, 4Chan and all the rest have jumped on this band wagon it doesn’t help. Yeah a lot of Sonic isn’t great, but the whole of Sonic isn’t then just awful because of that.

I hope after reading this you’ll take the time to experience all the good I’ve shown that Sonic games can bring. They have a lot of shortcomings, but there’s also a lot to love.

How do you feel about Sonic games, let me know @WillNelson1998 on Twitter. Or chat to us in the comments or @thecognetwork. You can also check out some of my other articles, one about what happened to all the classic gaming mascots, and another on how we all feel about Silent protagonists. 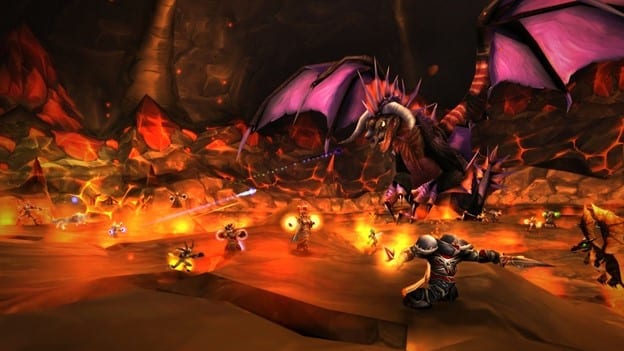