GoG.com Gives Out A Free Witcher Goodies Bundle, But Only For A Day 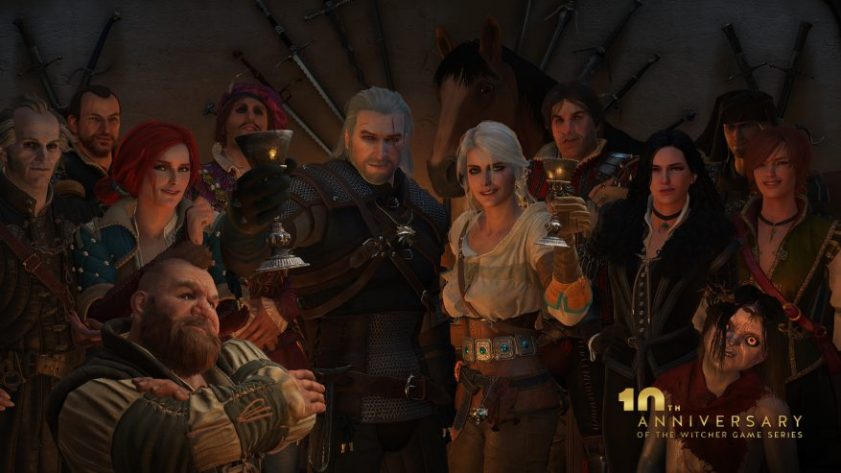 It seems that there is no shortage of content for Witcher fans as of late, and now GOG.com has you covered with some more entertainment. As a part of their spring sale, GOG.com gave out a free Witcher-themed goodies pack. The pack was completely digital, with quite a few gigabytes of stuff to download and go through. Unfortunately, the pack was only available for one day on Tuesday, March 17th. For those that missed out or haven’t gone through their packs yet, here is a short unboxing of everything that came in this goodie giveaway.

As stated before, there is a LOT of content to go through. It will take you a bit to download all of it! It comes with variety too. There is a full video of the Video Game Show Witcher concert, in 720, 1080, 4k, and a DVD version of the show. There are also Polish, Russian, French, Spanish, Italian, and German versions of bonus content for The Witcher 3: Wild Hunt GOTY Edition.

Each game in the series has its own file of goods for you to enjoy. This includes the first, second, and third Witcher game as well as content for Thronebreaker. Within each file, you get access to full art books, soundtracks, wallpapers, and “making of” videos for the games. There are also a few other random things, like a set of papercraft designs for Witcher characters that you can print out and make yourself.

While it has been enjoyable to go through all of the goodies, I believe that GOG should have at least left the bundle up for a couple of days; I feel a one-day-only download is a little too exclusive. With that being said, it is a lot of content that is completely free. Concept art books can sell on their own for about 50$, and there is definitely way more content than that in this bundle.

You can check out GOG.com for their many other Spring Sale deals, with Witcher 3: Wild Hunt being 70% off right now.

Want to read more about The Witcher? Check out Culture of Gaming’s articles on The Witcher: Influence of Books on the Series and CD Projekt Red Hints At New Witcher Game.