Gamescom 2020 took over this weekend in gaming. The four-day virtual event played host to many game announcements and reveals. The biggest surprises to date are coming soon to both current and next-gen consoles on the horizon. The big announcements came from both AAA studios such as Bethesda and Bioware to indies studios of Fall Guys‘ developers at Mediatonic. If you missed any trailers from the event, they are available to view on YouTube using #gamescom2020. Also, there is Livestream coverage for all days announced. We will dive into which of the announcements and reveals that made us the most hyped. Here are the five biggest ones from the Gamescom 2020 event.

Dragon Age 4 – Behind The Scenes

Dragon Age is returning soon. Now with its fourth installment of the award-winning franchise after Dragon Age: Inquisition. Bioware gave us an inside look behind the scenes of the development for the next game. Rich with concept art, game development footage, and voiceover work that is sure to tease and please fans of the series. It’s good to see Bioware back to working on a beloved franchise like Dragon Age. After two past games of mixed reactions for fans with Mass Effect: Andromeda and Anthem. Bioware can hopefully rebound soon and recapture players’ hearts when Dragon Age 4 arrives in the future.

World of Warcraft has a new expansion on the horizon in the form of Shadowlands. Blizzard’s hit MMO phenomenon will expand in a big way. Shadowlands will be the eighth expansion pack to grace the popular franchise. In contrast to the reveal, which was showcased nine months ago. The two newest trailers showed off an animated short titled “Shadowlands Afterlives: Bastion.” No, we are not talking about a cameo appearance from the lovable robot from Blizzard’s other game, Overwatch. More so, Uther the Lightbringer is being ascended to the afterlife realm of Bastion after his demise by the hands of Arthas AKA The Lich King.

The second trailer reveals the official release date for the Shadowlands expansion, coming soon on October 27th, 2020. The trailer showcased some of the locales players will gain access to within their journey. Expect Blizzard to expand upon the lore within each location and new gameplay elements while questing with your friends.

Insomniac Games’ Ratchet and Clank: Rift Apart released some brand new footage since the Playstation 5 Livestream two months ago. The Gamescom trailer showcased more of the dimensional hopping exploits Ratchet and his trusty companion Clank will venture into. At the same time, players will be utilizing an assortment of weaponry from their diverse arsenal of gadgets to use against enemies. Speaking of enemies, Dr Nefarious makes his infamous appearance against our heroic duo in the trailer. As he attempts his new invention of the “Dimensionator”, to uncontrollably warp reality. It’s here that we see the in-depth look at the Rift Tether gadget, which Ratchet can utilize to open rifts to other dimensions. Of course, calamity ensures our heroes within the chaos of dimensional tears, destruction, and enemies terrorizing the city of Megalopolis. Afterwards, you see Ratchet and Clank being separated between dimensions, as seen before in the last trailer.

Fall Guys: Ultimate Knockout is taking the world by storm in a colorful and cute sort of way. The popular indie battle royale title from Mediatonic and Devolver Digital have some new plans in store for players. Season Two will feature a middle-age setting for minigames and costumes. You can deck out your adorable character as a dragon, knight, and other medieval-themed skins. Also, bringing more chaos and mayhem with new fun minigames that will be sure to excite and frustrate players. The Gamescom trailer is only a sneak peek into what is to come in the future of Fall Guys, while Season One is still ongoing with a little over a month left before it expires. Fall Guys became the most downloaded title on the Playstation Plus with over 7 million purchases.

In our opinion of the base game, check out the review here: https://cultureofgaming.com/fall-guys-ultimate-knockout-ps4-review/

DOOM! Let the murder of ravenous demons continue with the first DLC expansion for Doom Eternal. Doom Slayer has unfinished business in the demons from Hell. Who are we kidding? He is always fighting demons, nonstop. Doom Slayer will be sharping his tools of destruction as he descends underwater, transverses platforms, and rip and tear through every enemy, he can get his hands on. Get your shotguns ready because Doom Eternal Ancient Gods: Part One will be set for release on October 20th, 2020. However, for players who haven’t brought the first game, the DLC will be included in the Deluxe Edition.

Check out our review for Doom Eternal here: https://cultureofgaming.com/doom-eternal-pc-review/ 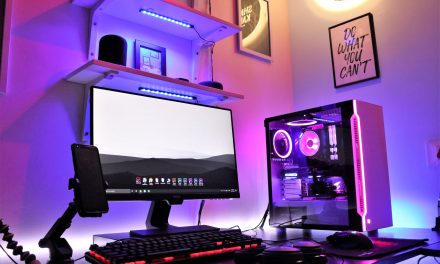 How to Create a Cool Gaming Setup