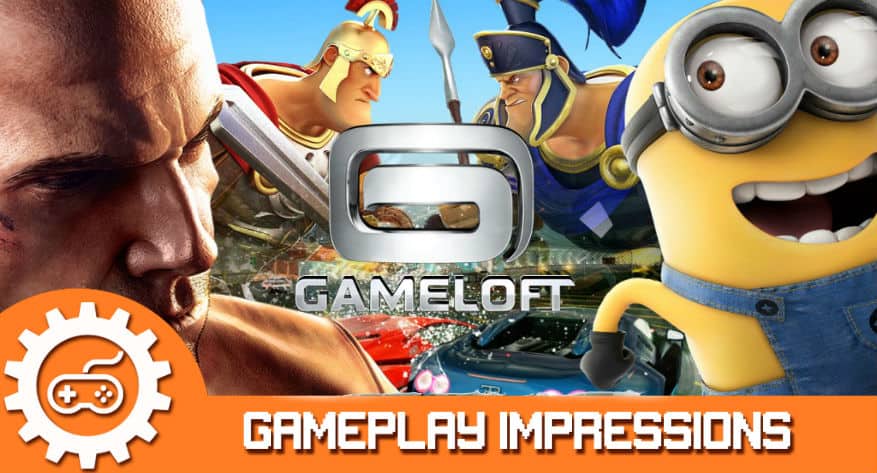 Gameloft was kind enough to offer Culture of Gaming a preview of four games in the works at E3 2019. Gameloft, based in France, has been an innovator in the mobile games market. Having found their niche, Gameloft was excited to show us three mobile games, as well as a Nintendo Switch port of one of their previously released games.

A Matter Of Respect

Mobile games have a bad reputation. From predatory and pay to win microtransactions, to unreasonable time gates preventing play. Gameloft has made it their goal to not only provide high-quality mobile experiences but is also on a mission so that players of their games feel respected and valued while playing. No pay to win or time gates here, just straight gaming.

The first title shown to us by Gameloft was Disney Getaway Blast. Having acquired licenses from Disney and LEGO (more on that later), Gameloft aims to also respect the licenses, and their care is shown even in this very cutesy, simple game demonstrated. In Disney Getaway Blast, caricatured, almost Chibi like renditions of Disney characters like Pluto and Minnie Mouse find themselves on a relaxed, island vacation setting. The gameplay comprises of not only being able to customize the look of your island, but also mini-games. There’s also a camera mode where players can pose and capture the various interactions between the characters. When playing a minigame, players can choose a character to play as, and each character has a different special ability they can use. The goal was to create a “Relaxing gameplay environment for fans of Disney at all ages”. And it would appear as though Gameloft succeeded.

The next title Gameloft demonstrated was Disney Princess: Majestic Quest. A very simple Bejewelled-like puzzle game starring Disney princesses both old and new. The same goals remain in place here for Gameloft, respect the player, license, as well as create a relaxing gameplay environment. Not much more to it here. A simple gameplay loop of puzzle solving and Disney Princesses.

Next up was LEGO Legacy: Heroes Unboxed. A turn-based, RPG like game that comes off as a love letter to LEGO fans both old and new. Players can select and unlock characters from a vast range of LEGO history like “Red Classic Spaceman” who first appeared in a LEGO set in 1978. Certain characters who have generic names are given their own names as well as a little bit of back story for the character. Furthermore, characters can also unlock LEGO sets from throughout history to use in battle to astonishing effects. Speaking of battle, the game features a structured campaign and turn-based combat. Players will work to build and assemble a team of LEGO characters. Adding an RPG element, certain characters are healers or say tanks, instead of just random damage dealers. Players will have to actively think about how to best structure their team, as well as which enemy to strategically attack in order to emerge victoriously.

The final game shown to us was actually a Switch port of Gameloft’s highly successful mobile racing title Asphalt 9. Memories of Burnout especially in the jumping area, came back as I raced against one of my coworkers also in attendance. The port ran great, but admittedly split screen on the undocked Switch was a little bit rough. Besides that, the gameplay was fun, and it plays exactly like the mobile game previously released. Gameloft aims to be releasing Asphalt 9 on Switch for free, later this summer, and it will have feature parity to Mobile Update Three upon release.

I’m not a massive player of mobile games, but I can genuinely say that the titles shown off by Gameloft piqued my interest. Oh and Asphalt 9 is just pure unadulterated fun arcade racing. I hope more mobile developers bring a similar mentality to development as Gameloft does.

For more E3 2019 Coverage, keep it here at Culture of Gaming where we’ll bring you more written as well as video content from the show floor.

Special thank you for Performance Lab for sponsoring our trip, as well as a thank you to Gameloft for showing us their upcoming titles.

This article is Sponsored by Performance Lab Sport. Check out their range of healthy and all natural nootropics that help with energy recuperation, focus, and more, right here!

Taylor Evans
Taylor has been gaming for as long as he could hold a controller. He has hosted gaming oriented podcasts for four years, and has even started to dabble in writing about anime. Taylor almost enjoys discussing games more then playing them, and when not watching anime or playing games, Taylor can be found going off on rants about the technical details behind the games.
Latest posts by Taylor Evans (see all)
Post Views: 578