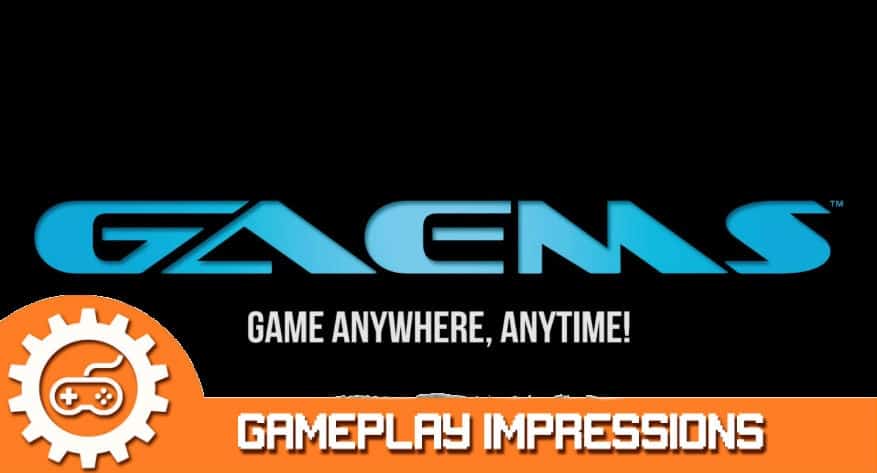 GAEMS at E3 2019 presented Culture of Gaming and other media outlets with a look not at a video game, but at some hardware, all gamers will surely love.

GAEMS demonstrated two upcoming products: the “Guardian-Pro Monitor” and the tentatively named “Project IDK”. So what exactly are these two products? Why will every gamer, especially ones frequently on the go, take a look at these products? And why did I fall in love with what I saw? Here are my thoughts below.

The first product, the “Guardian-Pro Monitor” is much more than just a monitor. It’s a tough and rugged, very transportable enclosure, that carries an industry leading monitor. More to the specs, the monitor is a 24 inch, 1440p IPS display with only 9ms of response time. This is one of the lowest response times for IPS monitors on the market, finally bringing in IPS as a viable panel alternative to TN for competitive gamers.

Monitor specs aside, the rest of the enclosure is nothing to bat an eye at. The monitor is integrated into this almost tool chest like space, complete with a handle. It flips open, laying flat on a table, with the aforementioned monitor now facing you. The bottom of the case is mostly empty space. But, this space so happens to be large enough that gaming consoles can fit in, even with enough height clearance for the “X” and “Pro” versions of the Xbox and PlayStation. Included is also a sort of retention grate or cage, that screws down over the hardware of choice installed, so it remains secure and stationary during transport.

From there, the Guardian offers plenty of utility to help connect your console to the monitor. Featuring plenty of USB, Power, HDMI, and headphone pass-through support, as well as a cable management space, making it easy to connect your console of choice. Within minutes, you have a full-fledged gaming experience like say in a hotel room. Furthermore, the exterior of the enclosure features two standardized Picatinny Rails on top of the “lid” on either side. These are primarily targeted for streamers so that on the go, they can set up a web camera as well as a light or any other stream accessory they may need. The one remaining bottleneck for streaming from a console on the go will be internet speed.

The Guardian enclosure wasn’t the only thing shown off. GAEMS was displaying the concurrently named “Project IDK” PC. IDK is a small form factor, technically pre-assembled PC. Some scoff at the notion of it being a pre-built, but let me explain. Using the best proprietary technology on the market, GAEMS was able to design and build a no-compromises desktop PC, that can fit into the bottom portion of the Guardian enclosure.

While the specs are subject to change, we saw Project IDK kitted out with an unspecified i9 processor (primarily because the representative from GAEMS forgot the exact skew), an RTX 2080 graphics card, what appeared to be 32GB of G-Skill TridentZ DDR4 RAM, an 80+ rated power supply, and an integrated capture card. All fit into a chassis that is capable of fitting into the bottom half of the Guardian. Wow.

The reason why I was so enthralled by this was because of the potential possibilities it opens up. For example, when covering a show like E3 or CES, content creators are somewhat limited in the hardware they can pack with them. Having a beefy laptop works to an extent, but in the heat of editing, a lot of laptops will thermal throttle, and laptop parts don’t always perform up to par to their desktop countertops. Mini ITX builds, another solution for on the go productivity, often have to make compromises in the parts and thermal departments, as well as transportation security.

Project IDK, combined with the Guardian enclosure, seems to provide the best solution yet for people who need serious video rendering power on the move, or hell, even just enthused PC gamers travelling a lot. In the case of the content creators, while being limited to one monitor (kind of, Picatinny Rails do have monitor mount adapters…) as well as 1440p may not be optimal, having the color accurate IPS display is essential. Which is why I was so excited about the Project IDK, and would also like to suggest that GAEMS offer different monitor variants for the Guardian enclosure.

Perhaps one of the most interesting things at E3, GAEMS solves a problem that many gamers have. They can now get full-fledged gaming experiences, regardless of how much they may travel for work, or other purposes. Furthermore, this creates a space in the market for ultra-productive mobile setups.

The Guardian enclosure will hit the market later this year, while Project IDK still has an unspecified release window.

Special thank you for Performance Lab for sponsoring our trip, as well as a thank you to GAEMS for showing us their upcoming products!

This Article is Sponsored by Performance Lab Sport. Check out their range of healthy and all natural nootropics that help with energy recuperation, focus, and more, right here!