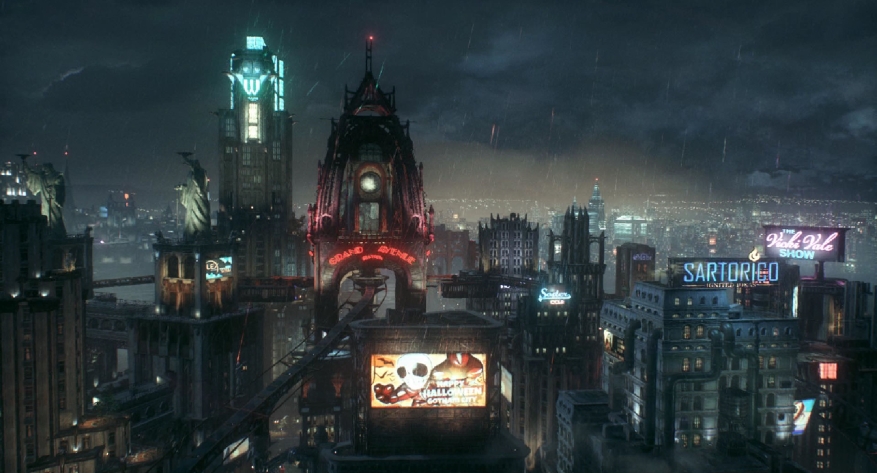 For every raging success in the games industry, there’s always a talented but underappreciated doppelganger. To first-person shooters like Call of Duty, there were ingenious third-person shooters like Half-life and Bioshock. To massive MOBAs like DotA 2 and League of Legends, there were the RTS games that spawned them. And to the litany of polished, open-world triple-A titles, there are more confined freeroam titles like Saints Row.

Forever existing in the shadow of their far larger siblings, freeroam games are still technically open-world titles. However, instead of setting players loose in a boundless world, they confine them to cityscapes to make their own. From the ancient canals of Venice to the fictional monoliths of Gotham, these games give you the power to leap across them with all the grace of a panther bounding through the jungle.

When done properly, it’s a perfect ambrosia of fluid movement and a power fantasy only video games can offer. Unfortunately, it’s a very restrictive mould. It needs a strict set of parameters to function as it should, and few games fit convincingly into them. But those that do are a unique delight in the gaming world. So, let’s discuss just what makes them so brilliant.

The Freedom of Movement

They may be a power fantasy, but the majority of games make you bumble about like any other goon. A vastly superior goon, but by no immediately discernible metric. Nothing frees you from that unseemly comparison more than leaping carelessly between rooftops, perceiving all else as mere ants. Ascending to the point where trained military organizations need a battalion of heavy armour to even slow you down. When you’ve amassed a body count greater than smallpox and the hapless grunts sent after you know it.

Not every narrative must empower you, but for those that do, there are few ways to do it better. And none of that is possible without the mobility and flexibility of approach offered by freeroam titles. As powerful as Geralt may be in his world, he’ll never be spring-boarding between skyscrapers cutting apart Apaches. There’s something inherently satisfying about that level of visceral and fast-paced action, in both combat and movement.

This freedom of movement doesn’t solely exist in the ostentatious leaping, however. Imperceptibility is just as much freedom of movement as boundless mobility. And Assassin’s Creed perfectly portrays how you can move silently through a city’s populous while retaining that aloof superiority. Seamlessly blending into crowds and vanishing into thin air. It’s just as effectively showcased through winding spirals around enemies in the Arkham series. Both games that you free range of a city, allowing for that all-important degree of separation.

Venturing beyond the player’s ego, freeroam worlds also boast the potential to be far tighter technically than other titles. Outside of strictly linear titles, few games demonstrate the same accuracy and diligence in their environments. One need only look at GTA V’s masterfully crafted interpretation of Los Angeles to see that. Most buildings are faithful to real locations and the populations and nuances of the city are brimming with life. Since they had a comparably smaller and more dissectible area to work with, it was easier to flesh out the minutia. All this while open world games rely on recycled textures to minimize the monumental task of capturing their scale.

Most games of that ilk feel like you’re journeying across a barren wasteland that only awakens when seen. But cities like Los Santos or Gotham feel alive all around you. As though they’d keep turning regardless of your presence. It’s not just a hollow backdrop to your story, it’s an environment your actions are actively shaping.

Unfortunately, these elements only really work with cityscapes. Attempting to pull off anything else incorporating the freeroam elements is nigh impossible. Without the concise constraints and malleable playground that a city represents, neither the environment nor the mechanics of navigating it can be polished enough to pull it off. It’s a very limited art-space, hence why all notable titles counted under this bracket share numerous gameplay elements.

Grand Theft Auto 5, Saints Row 4, Prototype 2, Arkham Knight, Assassin’s Creed, all of them fall within this mould. Powerful characters in a sandbox city littered with missions and collectibles taking place within the same map. All except GTA incorporate elements of swinging between buildings, beating down countless enemies. Prototype 2, Arkham Knight and Assassin’s Creed share stealth elements, Saints Row and Prototype share devastating power wheels. The similarities are endless. There’s enough artistic licence to make them distinct, but they all exist within the same mechanical mould.

In other settings, none of these mechanics work. Animals are smarter than to be needlessly gunned down or cut to ribbons. In a way, it shows the supremacy of man exists solely within his own dominion. But that’s an entirely separate pretentious discussion. Your game can still have an identity of its own, but you have to accept severe mechanical limitations. Otherwise the elements it’s built around simply fall flat.

The game designers might be trapped by freeroam mechanics, but the opposite’s true for the player-base. The normal painful constraints of open-world games all but disappear through this approach. You can cross the map in less than a minute and spot every collectible from the highest peaks. You’re not forced to fight any random encounters; in fact, nothing can catch you if you master your movement. Yet if you want, there’s an entire city to tear apart from a single standing spot.

There’s no downtime between missions, as it’s spent gliding effortlessly across the city. And generally, the mini-map quality reflects that of the map quality, making it a useful tool for once. They’re far easier titles to complete.

While the game can flourish from a mechanical stand-point thanks to this though, the narrative suffers. There’s not quite as much time spent picking berries on the eve of doomsday, but the capacity to slaughter thousands with no repercussions either moral or legal undermines most stories. It’s a player choice issue, but doubtlessly you’ll dabble in it at least once.

All characters in this mould suffer from exactly the same problem, with the arguable exception of Trevor from GTA. Whether it’s Batman rendering half a city comatose or the supposed silent assassin carving through city guard like cattle. Outside of the moral implications though, it can simply lead to you feeling too powerful.

There are few things more infuriating than feeling like a game is holding you back. When you’ve slaughtered more in freeroam than the entire enemy force in supposedly impossible missions, it’s just patronizing. Still, some stories manage to weave that in.

James Heller in Prototype 2 is essentially carving an entire specialised military division to pieces. Most of the chatter that emerges from them is news they’re desperately searching for a way to kill you. It’s primarily the games that take themselves too seriously that fall into this trap. The schlock manages to avoid it.

To conclude, these games are just damn fun. It’s a solid framework that’s built many fantastic titles but doesn’t get the investment it deserves. Hopefully, I’ve gone some way towards explaining why that is, and why it should be rectified. They deserve at least a little of the attention their more successful open-world cousins are receiving.