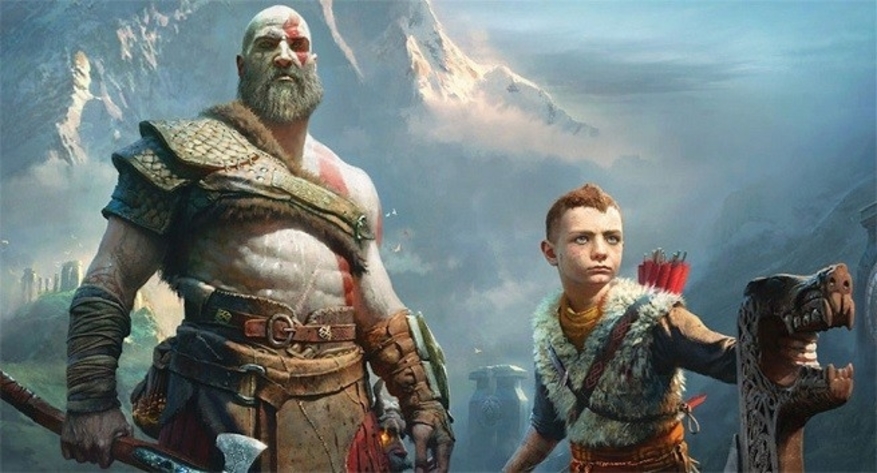 As someone that has loved writing for years, I keep trying to improve, often trying different methods of writing and story telling. I must admit, it’s because of this reason I often am biased and value plot and characters above gameplay a lot of the time. Games hold a particular strength over books and movies, and that’s immersion. Playing as a character, experiencing what your characters go through, is one of the most powerful forms of storytelling. Now I picked last year’s Game of the Year, God of War, as the primary example of exquisite story telling, as it not only gets it right but it is what I deem perfect in my criteria for story telling in games.

1. An easy to understand plot 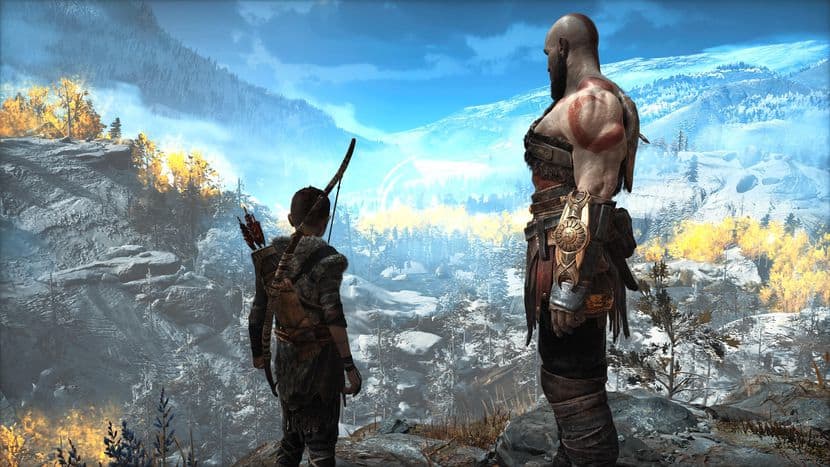 Before I continue, I just want to point out that when I say easy to understand, I don’t necessarily mean simple. What I do mean, is that a story has to be able to be followed. The point of a story is to tell it, and to do so, it has to be followed and understood.

The whole story of 2018’s God of War can be revolved around one to two sentences. God of War is about Kratos wanting to fulfil his late wife’s wishes of scattering her ashes from the highest point in the realm, but throughout the journey has to struggle with his traumatic past, his relationship with his son, and the fact that he is being hunted down by a very dangerous Norse God.

That is the fundamental core and structure of the plot, and generally any game with a good story line tends to have one. Of course there are some side stories, or conflicts and wedges in their journey, but God of War flows this into one overall storyline. There is rarely any points in the game where Kratos and Atreus have to purposely go out of their way to halt their journey for something else. Almost all the side missions can be linked back or have relations to the main story, and this keeps the goal refreshed throughout the game.

Out of all honesty, it’s probably more important than uniqueness or how interesting a plot is. 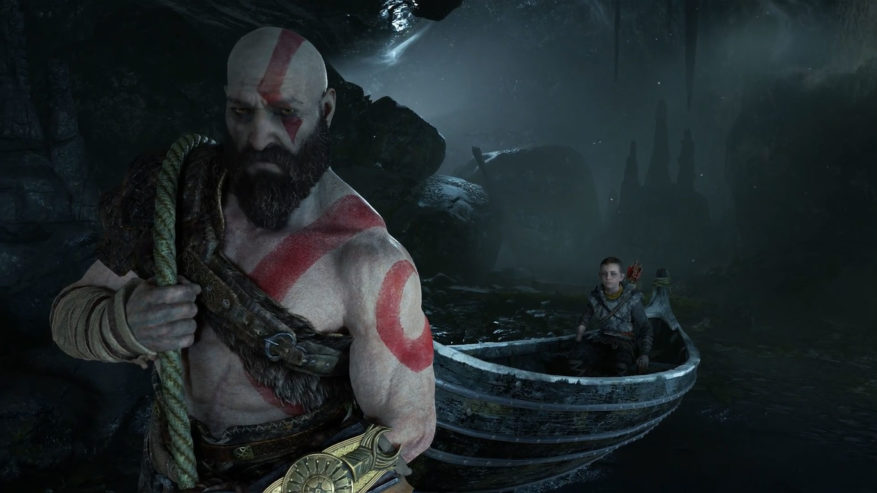 Characterisation is how a character is displayed in the story. Their personality, features, and goals all play a vital part of bringing a character to life, and most importantly allowing the player to relate to it. Ironically Kratos as a character is actually not realistic or relatable as a concept. A God who has slain many Gods, mortals, and monsters is one thing. But also the fact that not all players would have experience as a single parent, which is the main focus of Kratos’ arc in this game. So why can people relate to Kratos?

Because even though Kratos is leagues beyond a mortal, the writers for God of War know which points of his character to focus on throughout the story.

The most obvious trait of Kratos is his grief and loss. A loss of a loved one is known to many people, and the game opens up with the death of Kratos’ wife Faye. Already we know why Kratos’ needs to go on this journey with his son, already we know his motivations and drive. People might not relate to the scale, but they can relate to the idea of fulfilling the last wishes of a loved one.

Another trait that can be observed which I stated before is fatherhood. Though not everyone have actually experience parenting in general, most people at least understand the moral obligation. And Kratos’ shows this too.

Kratos starts off the story as a traumatic and lost soul, and he grows into a father figure for Atreus. As a God of war, he doesn’t know how to treat his son, but he learns throughout the journey. There is obvious conflict both externally and internally and that drives his arc forward. His son getting injured is a prime example as he wields the Blades of Chaos once more for Atreus’ sake. He moves forward from his harsh past and ends up a better person, someone that Atreus can look up too.

Atreus has an arc as well. He originally starts as a staple figure to keep Kratos in check. But he becomes his own character quickly. Atreus changes the most through the journey, from timid and nervous towards his relationship with his father, to arrogant and prideful when he finds out his true heritage. He eventually grows into what I would call ‘the first steps of maturity’. It’s where, during a coming of age story, where the character goes through events of childhood and wonder, they finish their arc just before accepting their duty in society or the world.

An example is of the Jungle Book, where Mowgli is never shown grown up in the original book, however he finishes his story matured and ready to take the next step in the man village. This is similar to Atreus in a sense that after the journey he is closer to his father, and the only thing now is really to grow up beside him. He has learnt the harshness of the world, and about his father’s past. In a sense he is mature. We players watch him grow into that, and now hopefully the future sequels expand on that aspect. Atreus is truly a unique character in that he is a child that must mature in a harsh world that would kill him if he isn’t ready. This is also shown in the game where Kratos deems Atreus as ‘not ready’.

This is probably one of the most overlooked aspects to a story, but it is just as important. Everything a game developer wants to tell it’s audience, their beliefs, concept, ideals, is all determined by themes. A theme is the general idea that makes people follow the story to the end. An example is discrimination, it’s probably one of the most used themes in todays society. Most people accept and support anti-discrimination, and if you were to have a story that supports those beliefs, it relates back to the people experiencing the story.

If God of War was still about bloodshed and revenge like the previous entrances in the franchise, sure the game might have been good. But what makes this God of War game stand out is it’s theme. It’s a story of redemption, growth, and fatherhood. Long gone are the days of doing everything for revenge and anger. Kratos wants to move on but is still haunted by his past, and the game brings the player on this journey with him.

Many people are haunted by their past, people make mistakes. We just have to move on from them, accept them as not things that hold us back, but as a stepping stone into becoming a better person. God of War knows this, and allows players to experience it for themselves. 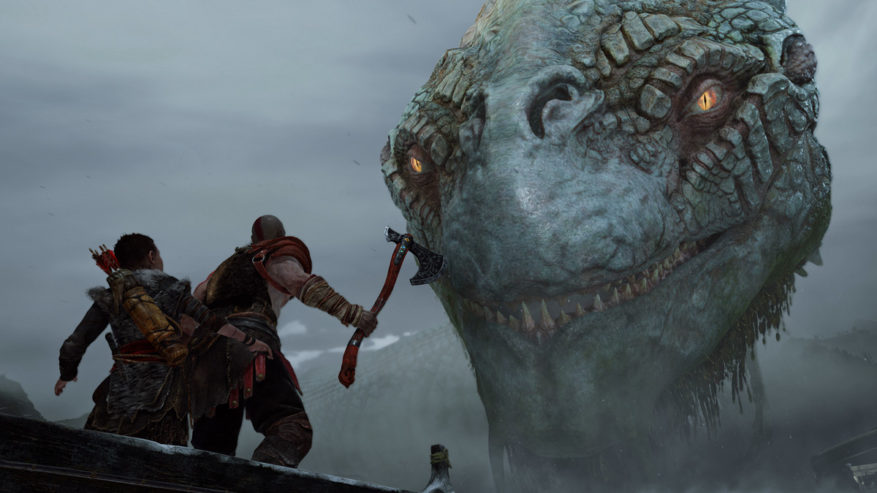 You can’t have a story without a place to set it in. The background of the world is explained thanks to Mimir. It’s actually plain exposition to be honest, but it’s done so in a lighthearted manner most of the time, or done as a means to explain what the player has too do. The World Serpent plays a huge key role in the story, and you hear about him way before you actually meet him due to the conversations between Kratos and Atreus.

Simple side stories or hints of the other Norse Gods make this world real. I can’t express how dangerous Thor and Odin sound without even meeting them, just through Mimir’s words alone. How their cruelhearted nature is express through stories and dialogue. Of course the game itself has the massive world to explore as well, it’s a key concept to the actual game. But the rich history of the nine realms and the Norse Gods give new heights to the open world, supporting it in a perfect way. I cannot express how important it is to world build to make a game a reality to the player.

So those are the main criteria I use in judging the story of a game. An engaging plot that can be followed easily, realistic characters and their arcs, relatable themes, and just overall world building. There are more criteria obviously, but these are what should be what developers perfect first in story based games. I have to stress that this is just my opinion, and others see stories differently and that’s fine. There are many games that don’t necessarily fit these criteria that I love and enjoy, but these usually take up the spotlight for me. Leave a comment about what you love about stories in games, and how it makes you feel. I’m interested in hearing your thoughts.