Unless you’ve been living under a rock, you’ve heard of Fortnite’s Astronomical Travis Scott event. Believe me; it was astronomical in every sense of the word.

As you can see from the video above, the event was epic. The graphics were out of this world, and, as an experience, it blew my mind. You were basically roaming around a Fortnite town with this massive Travis Scott around you. It looked fantastic, and that was the least excellent part.

As Travis’ giant avatar performed, he swung viewers into the expanses of space and the depths of the ocean. The Fortnite map vanished, and your screen was full of superb graphics. The one thing I would say about it is that the whole event ended very abruptly. It was a shame, but it didn’t do too much to spoil my experience.

Fortnite players are nothing if not addicted to their cosmetics. Before the event dates, Epic Games released a set of challenges to earn Astronomical-related items.

Completing these won you the spray, banner, and Rage emote. The Rage emote was one of three emotes you could do throughout the event, so your avatar could join in the fun. Another was Head Banger.

If you attended a viewing of Astronomical, you got the Astroworld Cyclone Glider and two loading screens. The glider is loads of fun, but I found mine irritating, so I had to swap it out. You’re balanced on top of it, and whereas this is fantastic fun, it makes it hard to land.

There were also some cool Travis Scott skins and other items available in the store.

The technical element of Fortnite’s Astronomical event is phenomenal. Even if you overlook the sheer quality of the graphics and sound, you still have to navigate millions and millions of players trying to access the same game at the same time. Stick even more pressure on, due to higher usage because of lockdown laws, and Fortnite’s servers must have been robust as all get out.

Astronomical wasn’t without technical issues, though. The first screening I went to, nothing happened. The countdown ran out, and eventually, everyone just left the match. Epic Games later apologized for the error on Twitter, saying that it only occurred for a small number of players.

With an event at that scale, I guess it was inevitable something like that was going to happen.

Fortnite’s Astronomical event has opened the world of gaming to a ton of new possibilities. Personally, I would pay good money to view full concerts in-game, like the ones hosted by Fortnite. I love graphics and art, and combined with good music; it would be well worth it. I sincerely hope this is the future of games and music.

I also think Astronomical showed us what Fortnite could really be. Why is it restricted to it’s Battle Royale mode and the co-op Save the World? Fortnite’s graphic capability and design skills could make amazing games, so why aren’t they? I guess that’s a mystery, but I hope they act on it. Since they’ve added more of an RPG feel to Battle Royale, why don’t they go the whole hog and make Fortnite: The RPG. Their characters are beloved by millions. Maybe it’s time to tell their stories.

Did you go to the Astronomical event? What do you think of the glider? What do you want to see Fortnite do next? Let us know in the comments. 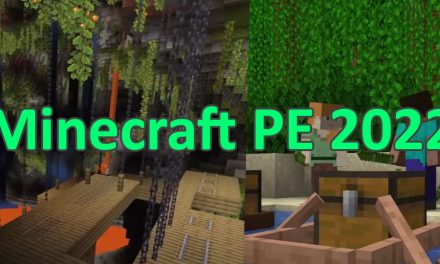