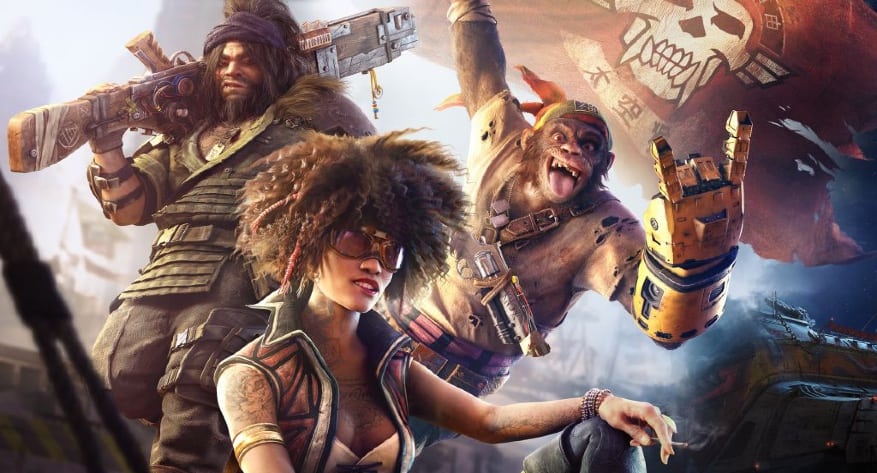 When the dust settles on another generation of consoles, no matter the quality of the games that graced those systems, I find my mind constantly thinking about the games we’ve lost. Every generation has games missing-in-action — some are announced before the gen starts, some as launch titles or as tech demos, while others emerge from the creative process as entirely different beasts than when they started.

It’s fitting that we start at the beginning of the generation with Deep Down. Few developers have had their fortunes change over the last generation like Capcom. They started the generation in the midst of angry Devil May Cry fans, and Resident Evil 6 launched to incredibly lukewarm reception. Both were prime examples of how westernizing Japanese games became a problem. It’s a downright miracle that the same company is now setting the bar for satisfying lofty fan expectations. Both of the aforementioned franchises have seen full redemption with Resident Evil 7 and Devil May Cry 5 being fan favorites in recent years. Despite all this, there remains one black spot on Capcom‘s record that seems no closer to being polished.

Deep Down, Capcom‘s action dungeon crawler stunned audiences back when it was shown at the PS4 announcement show. It became a benchmark piece for the next-gen and was frequently cited as an example of the power of eighth-generation consoles. The game amassed a decent amount of hype as Capcom‘s next big thing, helped in part by it being the first game to use Capcom‘s new Panta Rhei engine. Deep Down became a weirder project the more we learned about it — despite the medieval setting shown, the game took place in New York in 2094. The game utilized an Assassin’s Creed style memory hopping mechanic that saw players jumping into ancient artifacts to dungeon-crawl through their historic memories. Capcom then announced that the game would be free-to-play — a surprise considering the game’s triple-A appearance. (A point that’s confused retailers for years.)

Deep Down garnered a lot of hype back in 2013. The Dark Souls-esque combat and its use of new technology promised a game on caliber with the company’s finest. However, the game would run into troubles the following year. It seems the internal team at Capcom hit several roadblocks in the game’s development. Capcom would show the game off less and less, citing difficulties working with the free-to-play model. Initially set to launch alongside the PS4 in Japan, the game suffered several delays over the following year.

After missing a September deadline, the team postponed the game indefinitely to make serious changes to the its design. That was nearly five years ago, and since then Capcom has tried its best to act like the game doesn’t exist. The last word on Deep Down was a trademark filed in 2018 and a Eurogamer interview with producer Yoshinori Ono. He mentioned that though the original team was disbanded, the company has renewed the game’s trademark with the intent to return to it in the future.

Ah, Michel Ancel … the designer behind the Rayman series just can’t seem to get anything off the ground these last few years. (Hint: this won’t be his last appearance on this list.) Wild was announced all the way back in 2014 as the first game by Ancel’s independent studio Wild Sheep Studios. This confused many, as Ancel still had ties to Ubisoft in another troubled project. In the proceeding years, it seems this split commitment caused both projects to suffer.

Back in 2014, Wild impressed audiences with a demo that showed off their carefully-crafted prehistoric world. It was filled with unique Neolithic concepts, making it seem like part fantasy and part historic. The game had an emphasis on player choice where the player, a mystic village shaman, could call on various animals in the environment to complete objectives in different ways.

Wild seems to be the dream project of a designer who wanted to emphasize player choice and freedom. The game showed off an impressively large open world for an indie studio and in later trailers, we saw more of the game’s personality (and doggos). But that was all the way back in 2016. Since then, barring a few screenshots released on Ancel’s Instagram page, the game has pretty much disappeared over the last four years. Though unlike many of the games on this list, Wild‘s creator is still talking about the project as though it actually exists. Ancel frequently replies to comments on the game’s status and assures fans that the project is still in development. The chances of seeing Wild in the next couple of years actually seems likely … which is more than can be said for the next game.

If Agent ever sees any form of release in this lifetime it will no doubt win an award for most authentic experience. Announced, and then disappearing from existence, all the way back in 2009 for the PS3, Agent has since lived up to its namesake and evaded any form of detection since. Save a few screenshots and concept arts uploaded by artists who worked on the project, absolutely nothing has been revealed about the Rockstar spy-stealth game. We know it’s set in a 1970s Cold War setting and that the main team over at Rockstar North was supposed to be developing it, but other than that the game is shrouded in mystery.

Of all the games on this list Agent seems the least likely to ever see the light of day. While Deep Down seems to be in a transitional state and Wild is just taking a little longer than expected, Agent seems more like it’s been abandoned for years now. The game is still listed as being developed for the PS3, and though Rockstar had been extending the game’s trademark for the better part of a decade, in 2018 it was confirmed that the trademark for Agent had been abandoned. Though there is still the possibility that the game has had a rebrand or name change.

What makes Agent such a strange anomaly is Rockstar‘s unwillingness to acknowledge the elephant in the room. Despite there being only one mention of the game on their entire site, the company still has the game’s unfinalized box art displayed proudly on their list of games; as though the game is still tied to the company in some way. At this point, it would seem easier to just announce the game was canceled and move on. But until then, Rockstar‘s stubbornness leaves a faint, barely perceptible hope that the game remains in development.

Dead Island 2 feels like a troubled foster child being passed around from home to home. After its original developer Techland gave the sequel up for its slightly cooler twin Dying Light, Dead Island was given over to war crime experts Yager interactive, developers of Spec Ops: The Line. Things seemed to be going well — the game took on a stylized, cartoon art style and we got to see gameplay of its Hollywood setting. But behind closed doors, the game’s parents couldn’t quite see eye to eye, with publisher Deep Silver taking issue with Yager‘s vision for the game. Many surmise that Yager‘s version was far darker than previously seen.

So after three years in development, Dead Island 2 was taken from Yager and its original Q2 2015 release window was indefinitely delayed. Since then, Dead Island 2 has struggled to find a stable home, shifting from developer to developer over its protracted development. Deep Silver has tried numerous times to find a new parent for its problem child. From 2016 till 2019 the game was being worked on by UK developer Sumo Digital have been working on it from 2016 to 2019. They seem to have a habit of sequels for other devs’ games, having developed Little Big Planet 3 and Crackdown 3. However, Dead Island 2 has now spent about four years seemingly doing absolutely nothing, and has more or less disappeared from the public eye.

In the intervening years, Deep Silver was bought by THQ Nordic and after over seven years of development, it was announced in 2019 that the game had again shifted developers from Sumo Digital to Dambuster Studios. However, rumors suggest that the game was being jointly worked on by the two studios since around 2016. The Nordic-owned Homefront: The Revolution devs were just taking over full development in 2019.

Exactly what Dead Island 2 is doing and what state it’s in now is anyone’s guess. It isn’t even clear if the game has maintained the same overall design and gameplay that we saw all the way back in 2014, or if the game has completely shifted and changed with its developer switch. Deep Silver‘s only assurance to audiences is that the game has in fact been in development for the past four years. We can only hope that this perpetual problem child will eventually emerge none the worse for wear.

Beyond Good and Evil 2

At this point, in all the parallel universes that could endlessly exist, I refuse to believe there is one where Beyond Good and Evil 2 has seen release. BGE2 has become the poster child for development hell. It’s languished in every form of delay, with tech issues, cancellations, and system changes affecting its struggling development. The game has been in some form of development since at least 2007, an insane thirteen years ago. Admittedly, the current development version of BGE2, a prequel, is a far cry from what was originally shown. But even that’s been in development for about four years now.

The problem with Beyond Good and Evil 2‘s development has always been Ubisoft‘s unwillingness to fully commit to it. Michel Ancel (yes the same Ancel) talked about the game’s development numerous times, and various trailers for the different versions of the game have been leaked, but Ubisoft didn’t officially announce Beyond Good and Evil 2 till 2017. It all leaves a strange taste in the mouth, especially for fans of the game’s initial vision. The original version of BGE2 has been replaced by a version that, barring pigmen, is pretty much an entirely different game from what we first saw around 2009.

Still, it’s hard not to be completely enamored by what we’ve seen of the BGE2 so far. The absolutely stunning reveal trailer showed a game with a style and character all its own. Gameplay demos promised open-world game truly above any other in terms of scale and ambition. It’s a game that, considering the relatively small fanbase of the original, shouldn’t exist (and I guess it really doesn’t yet), let alone be given such huge priority by Ubisoft.

Even though I’ve never played the original, I’m still hyped for the sequel-that-could. BGE2 seems to be a rare testament to one of the big publishers still having some heart behind their games. However at this point, it seems like BGE2 will be sitting out another generation of consoles. But on the flip side, BGE2 will be one of the few games that looks to be worth the wait if it launches next-gen.