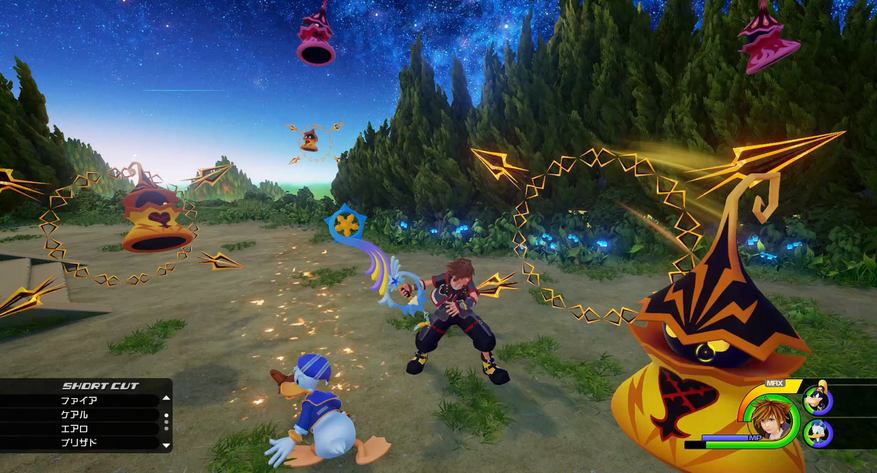 We’ve all felt that pit in our stomachs. The horror. The feeling of wanting to get into a game series, but the series has gone on for far too long. You think you would only get lost if you tried to enter the series. Never fear. I have the solution for your games. Just jump in. It’s that simple.

I know you think the suggestion sounds crazy, but hear me out. One may find enjoyment out of any good game, and I have proof. I have compiled a list of five reasons you can just jump into any game at any point.

Games with Stories that Don’t Matter to You

Let’s start out with an easy one. There exist certain games that you can just pick up and play. The reason you can do this so easily is because the story is just so inconsequential that playing the first or twentieth game doesn’t matter.

In most Super Mario games, for example, Bowser has kidnapped the princess. And that’s it. Other games, such as 2D Sonic the Hedgehog or Kirby, follow a similar structure. Eggman or King Dedede did something that they shouldn’t have. Just make it to the end, because the story doesn’t matter. Mechanics may get added as time goes by, but you are not going to get lost.

Games with Stories that Don’t Tie to a Previous Entry

Some games just exist to have fun where the story doesn’t matter. You can’t argue that about games like Pokémon, Final Fantasy, or Dragon Quest. Instead, one could say that the previous entries in the series tell a completely different story than the previous entry.

If you jumped in at Final Fantasy XV, you would not get punished for not knowing Cloud any more than in Pokémon Sun for not knowing who Red is. Punishment for not knowing characters should not stop one from enjoying a game, but we’ll get more into that later.

What about games with stories that do take place in the same universe as every other entry in the series? How could you ever hope to enjoy your game then? Simple! Play games in the Resident Evil or Mother franchise.

One could argue that Mother belongs in the previous category along with Pokémon. I believe that the fact that there are recurring characters such as Porky differentiate this.

Resident Evil and Dead Rising slide into this category in a cleaner way, by taking place in the same universe. The difference is, the entries in the series all follow different people. Different adventures ensue from experiencing the zombie outbreaks. Seeing things from Leon’s eyes as a secret service agent or rookie cop is different than Jill Valentine’s experience in the Spencer Mansion. Simple.

Games with Fun Gameplay that Doesn’t Hinge on Story

This may be a good place for some explanation. I don’t mean that these games don’t hinge on story. I mean that the story doesn’t affect how fun gameplay feels.

Games like Kingdom Hearts and Metal Gear Solid are infamous for being difficult to enter. Especially, in 2018 with so many games behind the newer ones. But one thing that is kept through each entry in these series includes the fun.

Personally, I didn’t start the Kingdom Hearts series until Kingdom Hearts II had gotten announced. What intrigued me? The idea of going from one Disney movie to another. How you move through these worlds is by hacking, slashing, and using elemental magic and summons like in Final Fantasy. To me, the fun of the gameplay in Kingdom Hearts severely outweighs the convoluted story.

The same holds true with the Metal Gear Solid series. Skipping the hours of text and cut scenes (while in my opinion would be a mistake), still offers so many more hours of sneaking and encountering wacky villains. Story isn’t everything.

We’ve already covered games that have nonexistent stories that shouldn’t matter to you as the player. But what about games where the story is so fluid that the people behind the games only retroactively thought about the overarching timeline. It was recently that the Zelda timeline has been altered to change where certain games show up.

I’m not here to argue one way or the other, but I will say that no matter what order Zelda games show up on the timeline, they are fun. And you don’t need to worry about choosing which Legend of Zelda game to start with. Every game is simple and easy to play as your first.

What I’m trying to say with this whole list is, don’t be afraid to try a new series. Just have fun with your games!