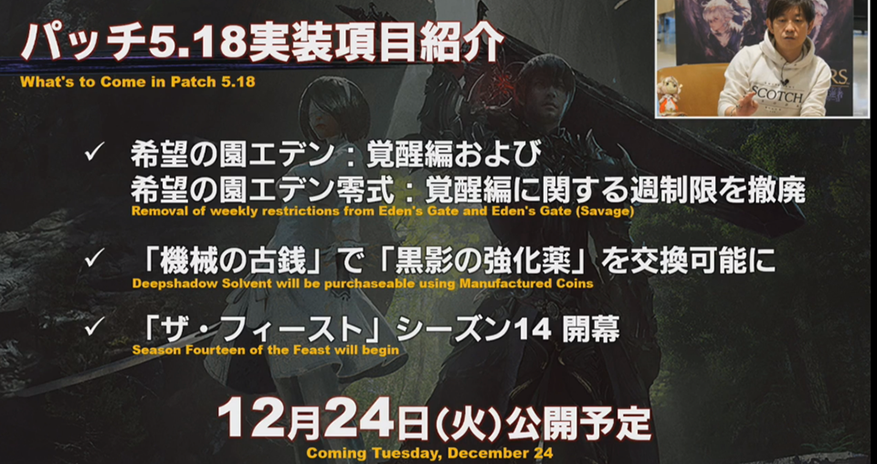 Final Fantasy XIV fans get a brand new patch just in time for the holidays! Patch 5.18 will be released on Christmas Eve, with the game going down at 1:00 a.m. EST on December 24th. It is a fairly small patch update, meaning maintenance will not last long, so players can get back into the game pretty soon after.

It’s not clear whether or not the Eden’s Gate Savage books can be farmed, and the Phantasmagoria Tomestone weekly 450 cap will not be raised, but it does mean that players will not have to go in sequential order to clear Eden’s Gate Savage and that each clear will offer two loot chests that can be  repetitively farmed!

Patch 5.18 will also kick off a new PvP Feast season, so you can start farming stuff all through the holiday break.

Are you hyped for the new patch? Let us know in the comments or in our Community Discord!