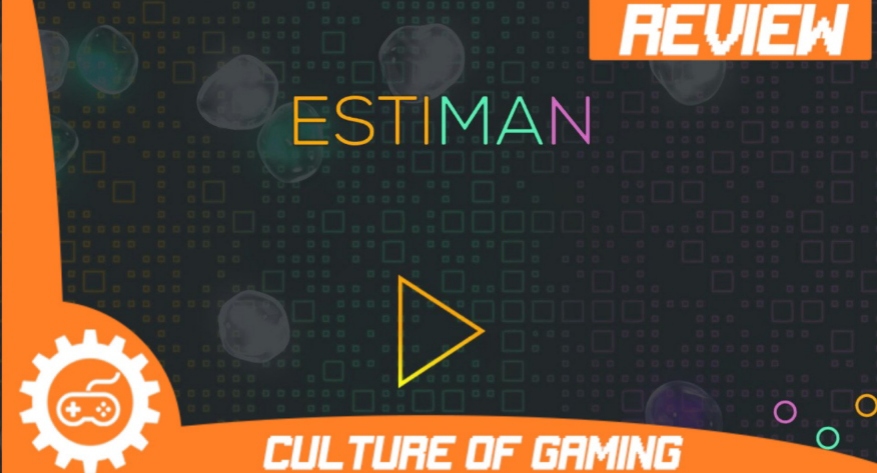 Estiman is an arcade style game developed by Kool 2 Play and published by Arts Alliance. The game will run you a whopping $1.99 in the Nintendo eShop. The game is very simple but sets out to combine a relaxing yet fun experience together. They accomplish this, easily. I was shocked by how drawn to this game I was. With a plethora of games in my backlog, I consistently chose to relax on the couch and diddle with this game while watching TV. Even after completing the research needed.

The gameplay is very simple. You click on the shapes or numbers of the associated color that has the highest number of duplicates on your screen. The faster you do this, the more time you accumulate. That’s where Estiman gets its name. You’re estimating the number of duplicates and eliminating them one by one. Once your screen is clear, more pop up. It progressively gets harder by adding more items, and more similar looking colors.

The game features various backgrounds and objects to choose from. These are gained by unlocking them with the credits you receive through playing. There aren’t any microtransactions, and it would only take you about an hour of play time to unlock everything. Some of these unlocks will make the game easier, or more difficult depending. And there is one glitch I found. When swapping from some backgrounds to the one highlighted below it won’t load the new background, unless you go and click default first.

The game keeps track of your high score, so pushing past your best is the main objective. As is the general case of arcade games. Unfortunately, there’s no leaderboard, which would be a cool feature. Another feature that the game would highly benefit from is being able to play it vertically. The game has touchscreen and controller support, but the touchscreen is by FAR the superior way to play. The game is near addicting this way, but holding it normally, even with Joy-Cons detached, can be awkward. Overall, fun game. But the touchscreen is the way to go.

It also has some power-ups to help out. You can slow down time to help your guess, or get an auto choice option. These are easily acquired through spending your in-game credits.

Estiman is very minimalistic. The backgrounds are simple. Primarily one color, but it sometimes combines extra colors or patterns. It doesn’t need anything else though. Too complicated backgrounds would make the game extremely tedious for little reason. The different objects are also cool, and unique. And while it would be nice if there were more, they all compliment different backgrounds and can make the game vary in its difficulty.

The replay value is there. You can plug in a game of this whenever you have a minute to spare, and nothing to do. I use it for loading times in multiplayer games. But any situation would work. Your significant other gets up to use the bathroom in the middle of a movie, or you just can’t seem to fall asleep and need something mindless. I see myself returning to this game often. Never for long intervals of time. But it will serve strongly as an in-between game.

If you have $1.99 laying around, and you enjoy mindless arcade games, then this is for you. I highly suggest picking this game up. The price is almost nothing, and you can get plenty of time into this. Even once unlocking everything is completed, the feeling of accomplishment isn’t gone. Mainly because it wasn’t really there, to begin with. This isn’t a game you’ll get anything out of, but you will enjoy your time.

Make sure to check out more reviews at Open Critic.

THE BAD
Minor glitch
Not many unlocks

Estiman doesn’t give us much. But what it does give us is simple, relaxing fun.