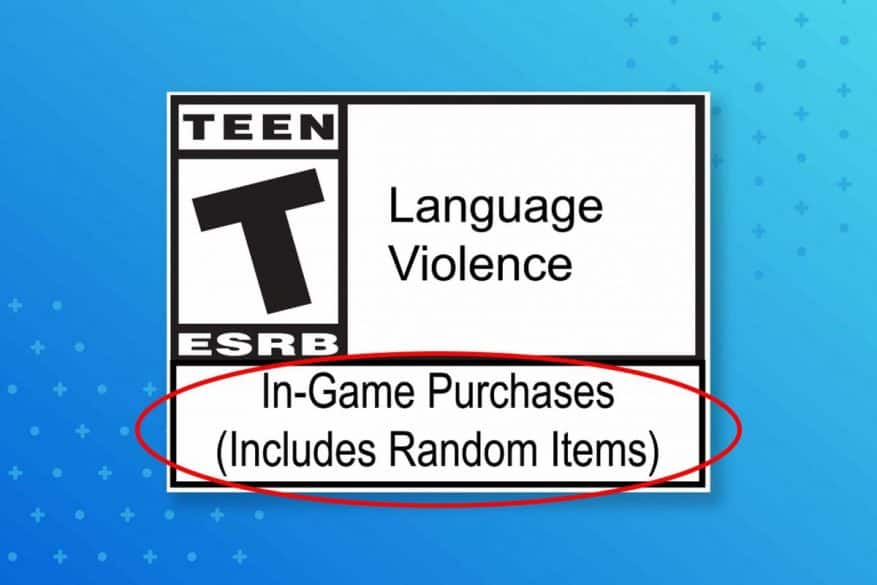 The debate over loot boxes and in-game purchases within video games has gone on for quite some time now. With many governments taking action on the ordeal, such as Belgium banning mobile games with loot boxes as a form of gambling, the ESRB has continued to identify these types of games with a new rating.

The ESRB announced a new rating label that will indicate games with forms of randomized items, such as loot boxes. The “(Includes Random Items)” rating will follow the board’s current “In-Game Purchases” when games possess monetized randomization.

“This new Interactive Element, In-Game Purchases (Includes Random Items), will be assigned to any game that contains in-game offers to purchase digital goods or premiums with real world currency (or with virtual coins or other forms of in-game currency that can be purchases with real world currency) for which the player doesn’t know prior to purchase the specific digital goods or premiums they will be receiving (e.g., loot boxes, item packs, mystery awards).”

From now on, any games with any of the following will use this new rating: loot boxes, gotcha mechanics, prize wheels, card packs, etc. If monetization exists but doesn’t include random items, such as DLC, then it will only receive the “In-Game Purchases” rating.

According to the ESRB, this resulted due to responses from “game consumers and enthusiasts” after the initial “In-Game Purchase Purchases” label creation in 2018. These individuals requested some form of notification for when games contained randomized purchases of any kind. You can read the full announcement here.

How do you feel about this new rating? Let us know in the comments! For more news, check out where you can currently buy a Nintendo Switch. You can also take a look at Resident Evil 3 Remake’s update to fix its Xbox One issues. Otherwise, keep it on Culture of Gaming for all things gaming!