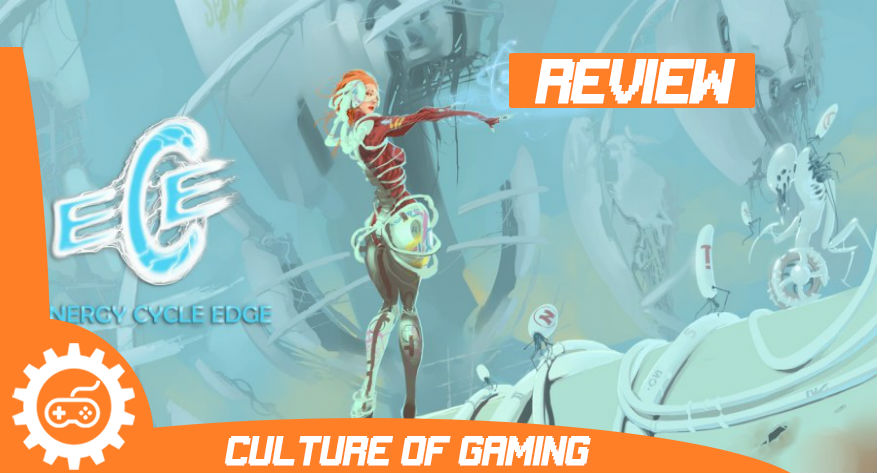 A good puzzle game can be hard to pull off. If the game is built around one idea, it needs to be endearing enough so the player does not lose interest quick. Allow a learning phase so everyone can understand what the game is asking the player to do. Unfortunately, this cannot be said for Energy Cycle Edge. The game releases on December 5th for $5, but it is recommended you use that money on something else.

The game throws you in without any tutorial to let you know what you are supposed to do. As someone who had never heard of Energy Cycle before, I had no idea what I was doing. It is not a good sign when I have to Google what the main objective of the game is. Turns out the objective of the game is to turn all energy balls on the screen to the same color. Every ball in a line will change along with the one you hit.

Right from the beginning, this is a very challenging game, and to be honest, not that fun or engaging. It took me a very long time to pass the first level because I had to learn the order of color changes and then find the solution to the problem. This game is not for people with short patience. I cannot count the number of times I would have all orbs except one the same color. It was very aggravating to me to continuously work around one little oversight just to mess up the puzzle worse for myself.

As you get further into the game, the puzzles expand by becoming more three dimensional. Someone who is very interested in this game will like the added difficulty involved with spinning the puzzle around. For me, I could not bring myself to complete any of the bigger puzzles. Plain and simple, I am not good at this game and I do not really care to get better at it.

One thing to point out is that all levels are unlocked at the beginning of the game. In this situation, it does not make much sense to have everything unlocked because of the difficulty ramping up as you progress. Someone like me who is having problems with a level is unlikely to find any success in the later levels so it is pointless to show them.

Visually, there is nothing special to speak about here. As mentioned above, there is kind of a space atmosphere, but it is just colored orbs in front of dots in a dark background.

Energy Cycle Edge feels like a constant Rubik’s cube. Anyone who brags about how good they are at those, congrats. You have your game. Everyone else will want to avoid it even with its $5 price tag. There is no direction and no learning curve. You are either good at it or you are not. Any newcomers will be completely lost and frustrated in the very first puzzle.

THE GOOD
Music that is not terrible

Energy Cycle Edge is simply not worth your time or your $5. It is completely forgettable and not worth the headache. Go buy a Rubik’s cube if you want a challenging puzzle. You will find better value out of that purchase.