EA Titles To Be Announced This Year 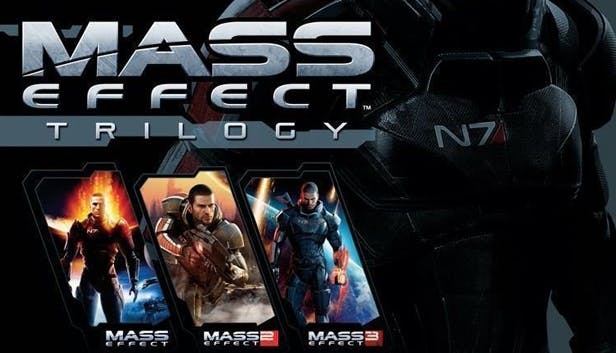 EA is predicted to announce several new titles this year, including an “HD” title. There are some rumors about what is in store for the year, mostly unconfirmed by EA themselves. However, in EA’s most recent earnings report, they stated that they expect to announce titles for the 2021 fiscal year, including “an unannounced EA SPORTS title, an additional EA HD title, four EA Partners titles, and two mobile soft-launches.”

What EA Titles Have Been Confirmed?

Currently, there are 14 games in the works. EA will also bring current titles to both Google’s Stadia Pro gaming service and Steam.

Stadia, which will be free in 14 countries in the coming month, will include Star Wars Jedi: Fallen Order, Titanfall, and Apex Legends this fall. EA Sports titles, such as Madden and FIFA, are also expected to join Stadia.

EA has also said they plan on bringing their subscription service to Steam. The subscription plan on Steam has $5- and $15-per-month options.

According to their site, EA’s upcoming remastered titles include Command & Conquer Remastered on PC and Burnout Paradise Remastered on Nintendo Switch.

Burnout Paradise Remastered is an open-world racing game that was first released in 2008. The remastered edition includes improved graphics, 8 DLC packs, and an online multiplayer mode. The game is already available on PS4, Xbox One, and PC. For more information on what the remastered edition has in store, click here.

EA has also confirmed a new mobile game. Though the name of the mobile game has yet to be announced, some have guessed Star Wars: Rise to Power will finally be fully released. The game was originally announced in 2017, and in 2019, the game was in closed pre-alpha testing.

According to EA, the closed pre-alpha testing was only available through the Google Play Store. Only “a limited number of downloads” were available to players each day. If a player missed the chance to download the game one day, they could try again the next.

The official description for the mobile game explains that players will have the option to create or join an Alliance under the Galactic Empire or the New Republic.

FIFA 21, though no release date has been confirmed. It’s rumored to be released by the end of this year. Madden 21 is also expected to release around the same time.

Fans can also expect to see another unannounced sports title as well. However, there are no confirmed details beyond that.

Possibly the most anticipated release is the unnamed EA HD title. Though EA has yet to announce what title they will be remaking, many news sites have guessed it will be the Mass Effect Trilogy. If the series gets remastered, it will likely be available on Xbox Series X and PS5.

Fans of the Mass Effect series have been asking for a remastered edition for a long time. With the franchise’s most recent blunder (Mass Effect: Andromeda), expectations for future games are high. Remastering the trilogy would, hopefully, bring back the excitement once associated with the series and give EA’s Bioware a chance to prove the franchise isn’t a complete loss.

Though a remastered version of the trilogy is just a rumor, its potential success may mean a reclaimed excitement for new Mass Effect games. According to a 2019 Kotaku article, Bioware said a new game in the franchise was in “very early development” under the direction of Mike Gamble. With this in mind, it’s possible that a new Mass Effect game will be one of the EA partner titles to be announced this year.

According to EA, their Play Live event will occur on June 11, 2020. You can tune in 4:00 PM Pacific Time. The event’s website states they will be showcasing “games through a live broadcast.”

Though most of our information on EA’s upcoming games are unconfirmed, we can hope to get more information during the Play Live event.

For more on EA, check out “EA: Are Live Service Games Dying Too Soon?” and “What Does Apex Season 5 Have to Offer?” You can also click here for more on Bioware.

Let us know what you think in the comments or on Twitter @thecognetwork.