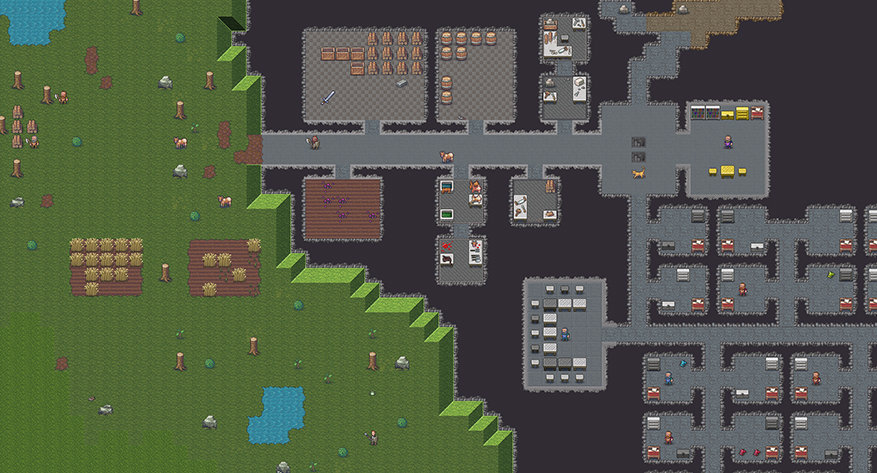 After more than a decade and a half in continual development, Dwarf Fortress is finally coming to Steam at an undecided release date. This was revealed by developers Tarn and Zach Adams in a Patreon post earlier today.

If you aren’t aware, Dwarf Fortress is a strategy-management game that is notorious for its high complexity. You manage an ever-growing population of Dwarves in a randomly-generated map, with hundreds of tiny factors to balance. For the past 16 years, the game has been available for free on the Adams Brothers’ company site. While it was originally made with ASCII text graphics (similar to older rogue-like PC games), over the years, the community has latched on and created graphical mods.

With the upcoming Steam version, visuals will be the norm instead of an add-on. The Adams brothers have partnered with Montreal-based Kitfox Games to create sprites for the many, many assets Dwarf Fortress has. They’ve also hired talent to make music and sound effects.

The simpler Dwarf Fortress Classic will still receive updates, but without the visuals and music. Of course, for the most dedicated players, the lack of visuals has never been an issue.

Unfortunately, it seems that this port comes from a place of necessity, rather than ambition. Due to family health complications, the Adams family has needed extra funding to afford things like medicine and equipment.

If you’d like to support Zach and Tarn, consider buying the Dwarf Fortress port when it eventually releases, and supporting them on Patreon.

For more on Dwarf Fortress and everything else video games, stay tuned to Culture of Gaming.