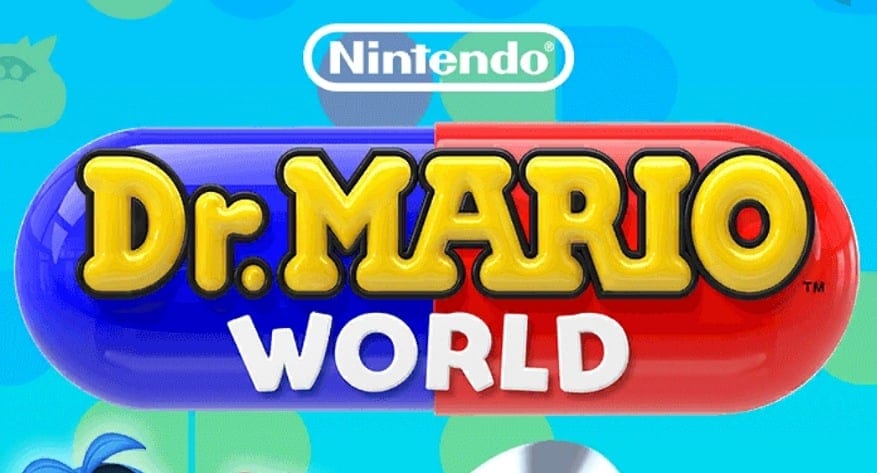 Dr. Mario World is a brand new entry in the virus hunting franchise that was set to debut on the 10th of this month but dropped a bit early. Releasing instead on July 9th.

The game is a free mobile game, which means there’s already a heap more controversy surrounding the game than normal. Many state their wish of it being put on the Nintendo Switch, while others are upset about microtransactions. But how is the game exactly?

The Doctor is in

Dr. Mario World is a match-three puzzler. You drag and drop capsules of certain colors to match them with the appropriate virus. For the main World stages typically you win when all viruses are eliminated.

The game only gives you a certain amount of capsules in order to complete each level, most of which are randomly generated. The game sounds a little basic, I know. But they manage to do a lot with it. There are bricks that can block your path, shells that can eliminate entire rows, bombs that destroy everything around it, and all kinds of different mechanics to keep the game fresh. And they have enough of them to keep introducing new one well past your first few Worlds.

There are also cool features like daily challenges for single and multiplayer. They reward you with coins and add a bit more variety to the gameplay. There are also Special Stages that are unlocked if you earn every star per world. I’ve yet to get one myself, but I’m sure it’s quite the challenge. Plus the rewards are good too.

A lot of people were also worried about how punishing the microtransactions would be when it came to playing for periods of time. Nintendo handles it very well. You have five hearts at a time. You get a heart every thirty minutes and it costs one heart for each stage. If you beat the stage you get your heart back. Which means you can play for as long as want, or at least as long as your skill will hold you over.

Well, the Doctors Are in

There’s a lot of great things about Dr. Mario World and by far and large is the multiplayer aspect. You can battle random people online, or your friends, in fast-paced and intense virus slaying action.

On top of this, there are also many doctors for you to unlock. Everyone from Mario to Peach, to Bowser Jr. Each has a unique special ability that can be used to grant an advantage druing stages. Such as Bowser’s which automatically clears two rows of viruses for you. These mechanisms are present in both single and multiplayer, and they really do add an extra layer of depth to gameplay.

I was genuinely surprised by how hard some stages can be. One slight error and your entire effort was for nothing. It really does require a lot of strategy and resource management to get through the game.

And if the regular stages weren’t enough, there are also challenge stages that are timed. The difficultly is definitely a positive the game has going for it. Many people will find themselves surprised that so much complexity can exist in such a simple appearing game.

Can’t gloss over the fact that microtransactions are in of themselves a sort of virus for many. They’re predatory systems that capitalize on groups such as children. And a company who has a long-standing reputation as being the company for the young, it’s a bit worrying.

However, after getting through half the worlds not once did I ever feel the need to purchase anything. And I played the game a lot in a very short time span. The only time the game makes you aware of the microtransactions are after you fail a stage or run out of hearts. Which are appropriate times to do so. There are also power-ups you can get before levels begin, but there are some that cost the in-game currency as well, and none of them are game altering.

Should You Pick it Up?

I would recommend trying out the game. It’s free and it’s on iOS and Android. If you enjoy Nintendo games, puzzle games, or are looking for a Dr. Mario fix, then this game is a great choice. Even if it is rather nontraditional for the franchise.

Ultimately Dr. Mario World is a well made mobile game with a lot of content and a lot of challenge. With more content coming in the future. Worst case scenario, you delete it after a few stages. The game has also received a few updates already to help with stability and connectivity issues.

I do have to own up really quick. When the game was first announced I predicted that we would wind up seeing a Nintendo Switch port, which was not the case.